A closely watched prototype from startup L03 Energy has transformed a local neighborhood into a test hub for trading power locally.

Lawrence Orsini looks you in the eye, walks you from his tidy office to a separate door where his company runs a prototype, and speaks of the logic behind starting his firm on the eve of a major rush of capital into what used to be a predictable, monopolized market — selling electricity.

In a corner of a ground-floor office in Brooklyn, Orsini’s closely watched software startup LO3 Energy has set out to create what it calls a "microgrid" platform that has transformed a local neighborhood into a test hub for a new electricity system. If it ramps, participants will be producing power from their brownstones and selling electricity from one building to others, and back to the electric utility.

The company has been working on its software for months, but the project gained far more attention in late 2016, when multinational equipment maker Siemens announced a partnership to build out what LO3 calls its "Brooklyn Microgrid." That’s a for-now nascent — and for a long time coming — virtual web of buildings whose owners can buy and sell power to each other using blockchain technology to manage the transactions.

The scope of Orsini’s ambition is large, but Siemens’ involvement helps make it tenable on a somewhat short timeline. "We have hundreds of people" signed up for the Brooklyn Microgrid, he said in his office. These are "proof points" for utility companies — all of which, most observers agree, must figure out new ways to make money as power-generating resources become more distributed.

"A utility’s business model has to match the physics," Orsini said. "Large utilities all over Europe are scrambling because distributed generation is moving to the grid edge so quickly. The core question is: how do you maintain revenues?" 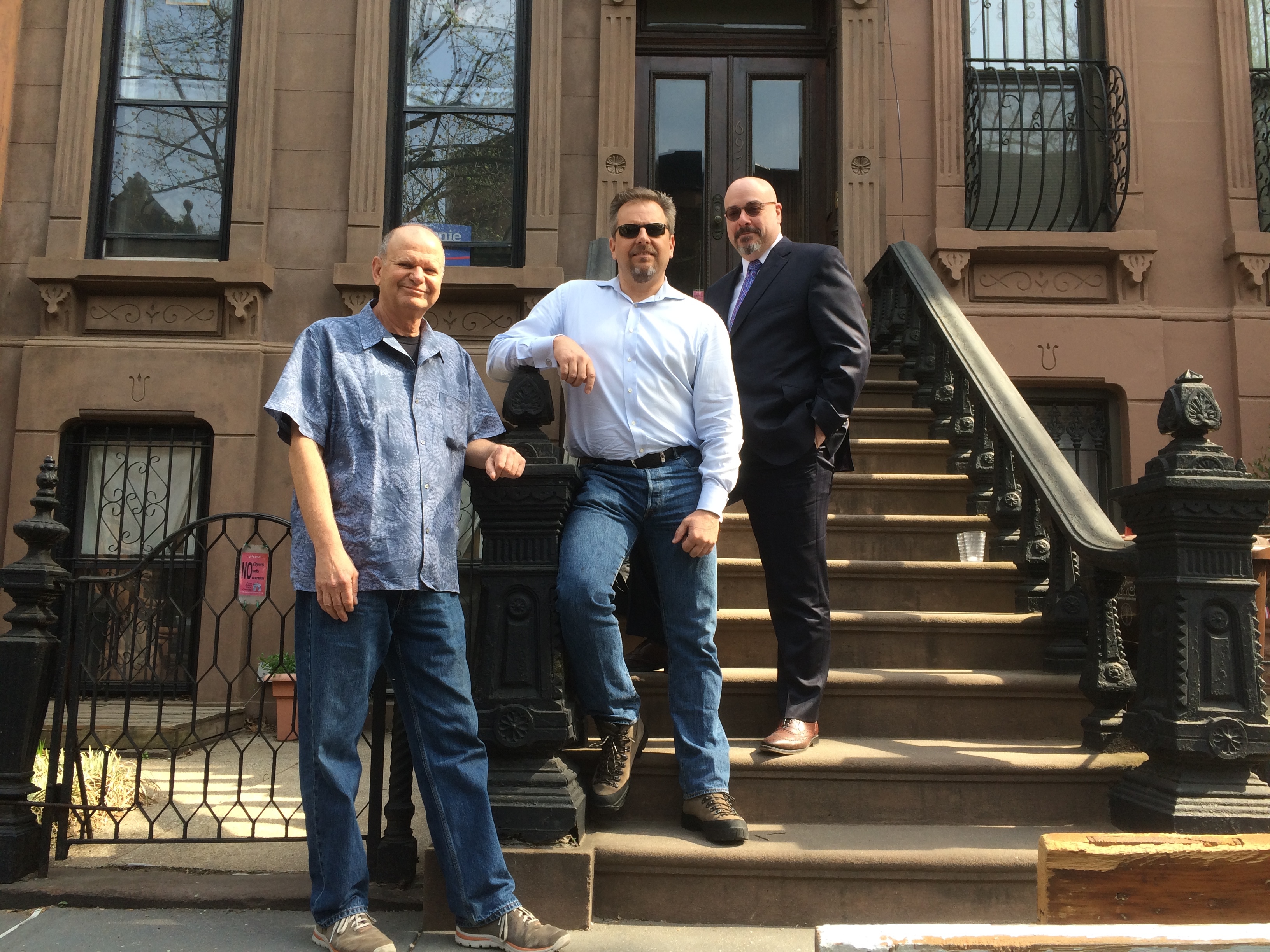 One idea that has captured attention centers on what Orsini called "ancillary services" — branded solar power, for instance, or demand response services that a customer can use to pay less at off-peak times — that utilities or power companies might create by negotiating with landlords to buy their surplus power.

But how can a building owner know when to turn on this power, or what to charge for it, or what to do with it if the building can’t store it? And how can one owner make a secure, verifiable and legitimate trade with another or with the power company?

That’s where blockchain technology comes in, Orsini said. A blockchain is a sequence of data that uniquely identifies a thing and assigns it a value. The earliest mass blockchain supports a program called Bitcoin, which people use as digital currency. Another implementation, Ethereum, supports some financial exchanges. LO3 has no desire to help people pay for electricity with digital currency, and Orsini rather hopes you don’t get the impression that it does. ("Please don’t call us Ethereum!" he said, again with a direct stare.)

[Learn more about microgrids and blockchain at VERGE 17, Sept. 19-21 in Santa Clara.]

Instead, LO3 is using the blockchain as a communications platform. "Nothing financial goes across it," Orsini emphasized.

The blockchain puts a unique tag on each communication so that nobody can try to pass off a sale that already happened as a future sale or claim that power really generated by a coal plant comes from a solar array.

The Brooklyn Microgrid, when it’s up and running, works off an app. "It starts with your willingness to pay" for solar power, or to avoid coal, or to buy local power, Orsini explained. "People say they want to have power from their community or start with what amount of power use they’re willing to have controlled."

Crucially for scale, according to Siemens executive Clark Wiedetz, LO3’s idea doesn’t require newfangled equipment design. Wiedetz, microgrid director for Siemens Energy Management, noted that microgrids have operated for years (and still evoke images of wires running through a Playmobil village, which are not appropriate.) The "microgrid controls" at play in the LO3 partnership have been out for "15 or 20 years," and versions of them run on grids for huge utilities including Southern Companies and Florida Power and Light, he said.

Wiedetz sees LO3 as a canny newcomer in a marketplace that can’t help but mushroom. "The increase in solar power in the past 10 years has been tremendous," he reckoned. "It makes little sense to fight it, as a utility."

It makes more sense, on this logic, for a utility to roll out extra fees for special services to customers who get some of their power from solar equipment that connects to the grid. And a blockchain-enabled application such as LO3’s makes collecting these fees more straightforward and secure.

Making this seamless and secure takes lots of time and lots of lots of data.

"Their biggest obstacle is getting the utility to be comfortable with what they're doing," Wiedetz explained.

In the LO3 control room, as Orsini explains where his meters switch on and off, the premise remains clear that utilities will control most of the city’s actual electricity for many years to come. It remains equally clear, though, that an investor-owned utility will have to figure out how to make money from services or branding or finance within the term of an average CEO’s tenure.

Orsini said he set up in this corner of Brooklyn to show how microgrid and blockchain business plays with many types of consumers. His catchment area includes public housing towers, million-dollar townhouses, a splashy Whole Foods with windmills on its roof, warehouses and industrial sites, and new condos near Orsini’s corner. Residents and businesses need power in different amounts with different attributes.

"Are you willing to assign your loads?" he asked rhetorically, meaning that some customers might want to program their app to send power they aren’t using to neighbors who can’t afford peak prices.

Making this seamless and secure takes lots of time and lots of data. "Developing a physical microgrid, including New York City Housing Authority facilities, is several years out, if we ever get there," Orsini said.

But building a market for apps and control software that let people choose, mix and match electricity will have to be big business in a pretty short time, as solar and wind and carbon caps become more common. And when you leave Orsini’s control room and walk down Brooklyn’s Fourth Avenue, passing condos going up fast and body shops going away slowly, more than one displays a "BROOKLYN MICROGRID" sticker.

Conservation finance should not sell itself short