More than 1 million Californians were without electricity during the largest public safety power shutoffs in state history. The shutoffs were implemented during the second week of October by Pacific Gas and Electric Company (PG&E) over its vast service territory, one of the largest in the United States. Already facing bankruptcy as a result of claims from major wildfires that occurred over the past two years, the utility was being proactive in moving forward with an aggressive approach to public safety.

Weather forecasts showed good probability of major wind storms. These forecasts, coupled with the dry landscape of California at this time of year (due to lack of summer rains), meant the move to implement shutoffs could be viewed as prudent. Nevertheless, the shutoffs exposed the lack of grid resilience in a state that prides itself in cutting-edge technologies and digital innovation. Although Gov. Gavin Newsom has signed more than 20 bills to address the wildfire threat, the insolvency of PG&E and related issues, California remains at risk for future shutoffs and wildfires.

Solutions are multifaceted. Although the shutoffs led to quick sales of backup fossil generators for many households and retail businesses, this trend is troubling. Increasing reliance on such small-scale power and largely unregulated sources could jeopardize California’s aggressive clean energy and carbon reduction mandates, recently increased to 100 percent clean energy by 2045. If such shutoffs occur with increasing frequency, California’s legacy as a leader in deploying cutting-edge sustainable energy solutions also may be questioned.

Microgrids as a potential solution

In addition to digital grid automation investments and shutoff policies, perhaps a better solution is microgrids. Utilities such as PG&E are moving forward in partnership with community choice aggregation programs to develop such resiliency-based systems in Humboldt County, supporting a local airport. Clearly, the state needs a more comprehensive strategy to deploy microgrids more broadly, with greater regulatory clarity on the role for utilities, the private sector and local governments. Of particular concern are critical facilities, including first responders to wildfires and other vital infrastructure services, such as clean drinking water.

A recent analysis (PDF) performed by Navigant, a Guidehouse company, for the California Energy Commission (CEC) found that a primary barrier to deployment of microgrids is interconnection practices with host distribution utilities.

If such shutoffs occur with increasing frequency, California’s legacy as a leader in deploying cutting-edge sustainable energy solutions also may be questioned.

California passed a law in 2018 to address this issue and design new microgrid tariffs. One would hope efforts to address these barriers to microgrid deployments will be accelerated in light of the recent shutoffs and the lingering threat to grid reliability and California’s digital economy.

Luckily, a growing number of companies are installing microgrids in California and across the country to respond to the threats of climate change and extreme weather.

For example, three fire stations in Fremont have installed microgrids incorporating solar, batteries and generators thanks to funding provided by the CEC. During the Sonoma County fires in 2017, another microgrid on the outskirts of Sonoma operated continuously for 10 days while neighbors lost power as a result of wildfires. The Stone Edge Farm microgrid features 10 types of batteries and offers educational tours. Even when folks at the farm were evacuated, operators continued to manage the microgrid's operation remotely.

In both the Fremont and Sonoma cases, funding was available from government grants (Fremont) or a wealthy site owner (Sonoma). Most local governments in California are capital-poor and lack the expertise to design, integrate and operate microgrids. With more than 4,000 critical facility fire, water, wastewater, hospital, airport and harbor local government districts scattered throughout the state, the path forward to create a more resilient first responder infrastructure appears daunting.

Energy as a service trend

A relatively large and sophisticated microgrid on the other side of the country may offer a solution for California and other states seeking to protect critical facilities.

Montgomery County is the size of some states; the country wanted to move forward with the microgrid after an extended power outage in 2012. The challenge was that it lacked the ability to fund the cost of such a vital upgrade. 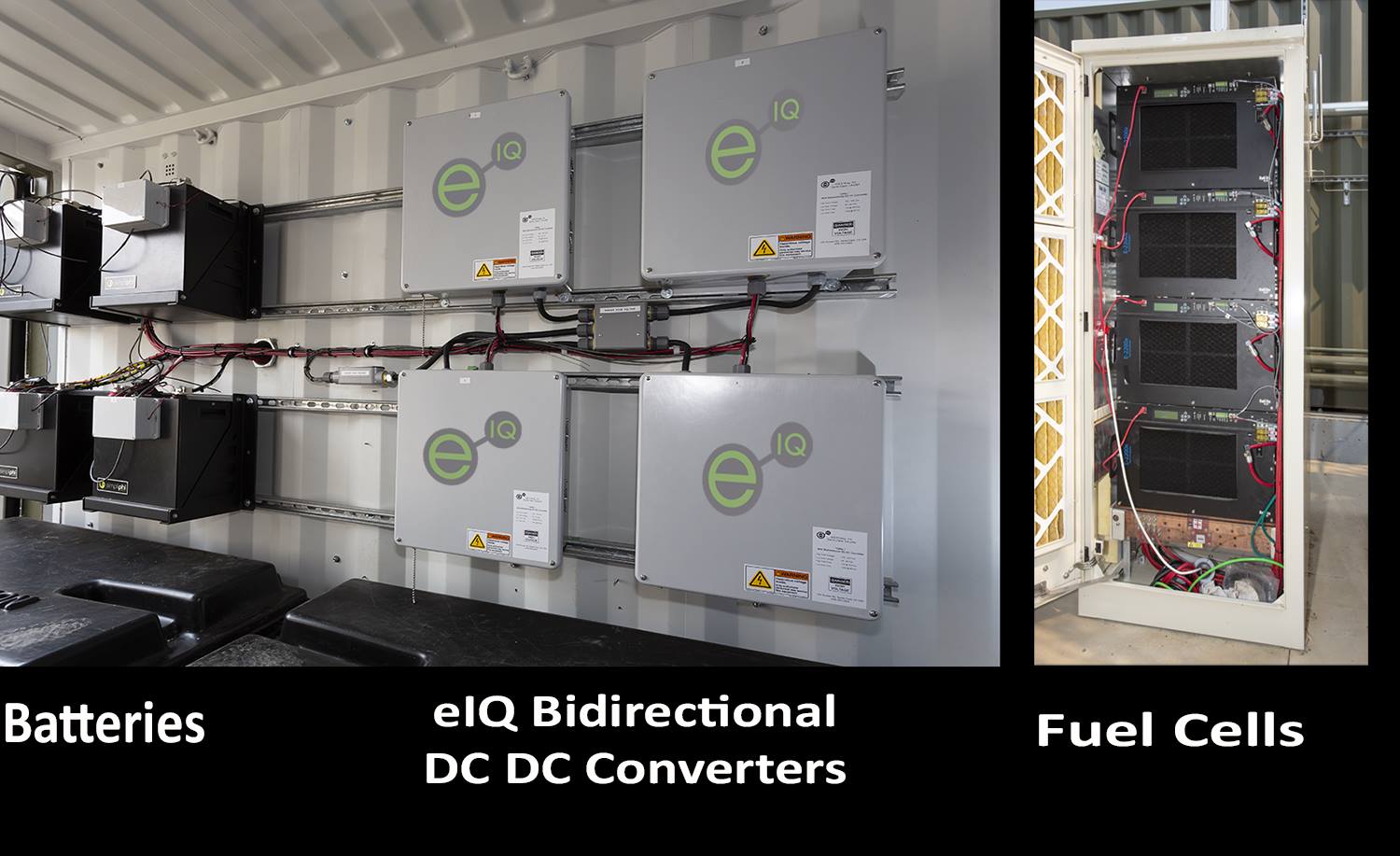 Global microgrid company Schneider Electric and an arm of Duke Energy, a large East Coast utility, stepped in. The two teamed up and designed, developed and financed the Montgomery County microgrid at no cost to the county.

This approach is known as energy as a service. It is a global phenomenon that started in developing world markets such as Africa. In these markets, the customers — often referred to as the bottom of the pyramid — are impoverished. The only way for them to gain access to even small amounts of electricity to power lights, cell phones and other small appliances is through monthly mobile phone payments.

The growth in rooftop solar panels has accelerated under a similar model: solar leasing programs whereby a private company installs and owns the solar systems and customers sign on with a guaranteed rate. Data from Navigant Research shows that more than 80 percent of microgrids globally use some form of this financing approach. (Schneider Electric has created a joint venture with the Carlyle Group to create AlphaStruxure, a vehicle to accelerate the energy as a service model to critical infrastructure projects, such as creation of multiple microgrids at JFK Airport in New York City.)

In some ways, one could view the typical customer relationship with PG&E as an "energy as a service" model. The difference with a microgrid funded under this approach is that the microgrid is customized to the local government’s specific needs and can provide power often from a cleaner mix of energy resources in the event of a power outage.

The status quo on power delivery infrastructure is under extreme duress in California. The California Public Utility Commission projects that by 2025 existing utilities may supply only 20 percent of the state’s total electricity.

In California, as well as nationally, large power plants that tap nuclear or fossil fuels continue to be shut down on economic grounds; they are being replaced by clean renewable energy often located at homes, local government facilities, and businesses. Yet, if these resources are vulnerable to wildfires, extreme weather and terrorist attacks, citizens and their surrounding communities will remain at risk, despite the good intention of clean energy goals.

In the meantime, microgrids targeting municipal and rural county critical facilities — especially fire stations and water districts — are an important first step in preparing California for heightened natural threats. In the future, the impact of the power grid could be a matter of life and death.

Peter Asmus is moderating a session on this topic, "The Business Case for Microgrids," Oct. 22-24 at VERGE 19 in Oakland, California. The event also will host a Grid Resilience Summit, which we're planning in partnership with the California Governor’s Office of Planning and Research. And don't miss regular tours of the 100 percent renewably powered onsite microgrid.

Examples of integrated distributed energy resources are popping up all over

Utilities are accelerating microgrid investments in innovative and strategic ways

A postcard from Hawaii to the nation's capital

How Hitachi is forging a business model for microgrids

See all by Peter Asmus