For a long time, the marketplace has associated technology giant Microsoft with innovation and efficiency. Now the company is vying for accolades in a third area: sustainability.

"We're constantly asking how we can lean and green our operations," says TJ DiCaprio, Microsoft's senior director of environmental sustainability. "Where can we not only drive efficiency, but also increase the percentage of renewable energy we purchase. How can we support the supply and demand, and how can we drive progress through long-term renewable energy purchase agreements?"

In an ambitious move to catapult the company's carbon emissions reduction strategy, Microsoft issued a corporate policy in July 2012 across 14 business divisions in more than 100 countries: Every division would be accountable for its carbon emissions.

Under the Carbon Neutral and Carbon Free Policies, the company put an internal price on carbon, where each divisions pays an incremental price linked with the carbon emissions associated with energy consumption and business air travel. The funds are then used to invest internally in energy efficiency, renewable energy and carbon offset projects.

"We're following three pillars to achieve carbon neutrality," DiCaprio says. "One, be lean through reducing our energy consumption by driving radical efficiency through use of technology, and reduce air travel to internal meetings. Our primary emissions, for example, come from our data centers' energy consumption. We also monitor and reduce energy consumption from our offices and software development labs. That's roughly 30 million square feet worldwide."

The other two pillars: Invest in renewable energy and carbon offset projects, and be accountable through cascading an internal price on carbon globally.

"By internalizing the otherwise external cost of pollution, the price of carbon is now part of the profit-and-loss statement across business divisions," she says. "We have now integrated this across the financial structure and engaged the executives and employees on our commitment to mitigating climate change and investing the funds appropriately."

These policies help Microsoft employees band together more than usual. And herein comes the alignment in how DiCaprio's team is syncing its carbon reduction policies with business priorities. To further its sustainability goals and meet its internal carbon pricing requirements, for example, Microsoft works with Wildlife Works, which runs the Kasigau project in Kenya and emphasizes carbon sequestration, social enterprise and wildlife preservation.

"We have been working with them for a year now, DiCaprio says. "We believe that climate change is a serious challenge, and supporting carbon sequestration through carbon finance supports local jobs and provides new educational opportunities for the youth -- making a huge difference in improving lives."

She believes it is an exciting time for the private sector to work with stakeholders and create corporate policies that both make sense for business and support low-carbon economic development.

"One of the benefits of setting a carbon neutral policy and an internal carbon fee is to set an example for how a business can run more efficiently, reduce waste and carbon, and address its environmental footprint," she adds. "The model we have designed is simple and repeatable. The more organizations that adopt a similar model, the better off we will all be."

Having recently celebrated the one-year anniversary of the carbon fee implementation, DiCaprio believes it is fulfilling its purpose of bringing together the business mission with a priority of driving efficiency and developing low carbon economies. While the first year was focused on building the necessary infrastructure to flow through a financial cycle and get the price associated with emissions charged to business units, now DiCaprio also sees the importance of communicating the benefits of the successful model.

After all, it's about taking into account the true cost of doing business. 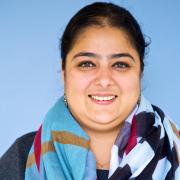 The IPCC report was dreadful — now, let's get to work

Will sustainability-linked loans drive a revolution in finance?

The rise of social metrics in ESG reporting