Milton Friedman was wrong: Corporations do have social responsibility

This is the third article in Thinking in Systems, a new column from Presidio Graduate School in San Francisco and Seattle.

The sustainability challenges facing humanity — including climate change, pollution and social inequity — are threatening the well-being of people across the globe including the citizens of wealthy countries. Increasingly, medium-to-large corporations are adopting measures to reduce their environmental footprint in response to the changing preferences of their customers and investors, government regulations and the advocacy of the media and nongovernmental organizations. However, these measures are small, and progress is too slow while the sustainability challenge is enormous and urgent. In other words, corporations are failing their social and environmental responsibility.

Despite the subjugation of government, Friedman’s restricted definition of corporate responsibility persists, and corporations continue to focus exclusively on sustained shareholder value growth. This overarching business objective of sustained growth in return on equity is achieved through growth in market opportunities and the maximization of people and capital productivity; that is, the maximization of output per unit of labor cost and the deployed capital.

This minimalist view is workable only if governments are not subjugated to corporations and if they assume ownership of the common good and responsibility for its protection.

This objective encourages continuous growth in production and corresponding consumption, reduction in worker value (through lower wages and benefits and longer working hours), and increased production output capability (through automation, economies of scale and centralization of production) — all of which tend to be counter to sustainable use of resources and worker well-being. The goal of continuous business growth is irreconcilable with the objectives of social, environmental and resource sustainability.

During the past decade, some business leaders have become increasingly aware of the sustainability imperatives and potential business opportunities. The figure below depicts the four areas in which leading businesses have responded to sustainability needs within the prevalent profit maximization framework. Although these four dimensions of response are helpful, they are generally reactive, opportunistic and short-term market-focused. A proactive commitment to sustainable development is mostly lacking in business. Companies often use two arguments against strategic commitment to sustainable development. First, that one firm, no matter how large, can have only a limited impact on a global scale and as a result long-term measures can be effective only if adopted by all producers. Second, voluntary strategies might handicap an organization in the fiercely competitive global landscape. 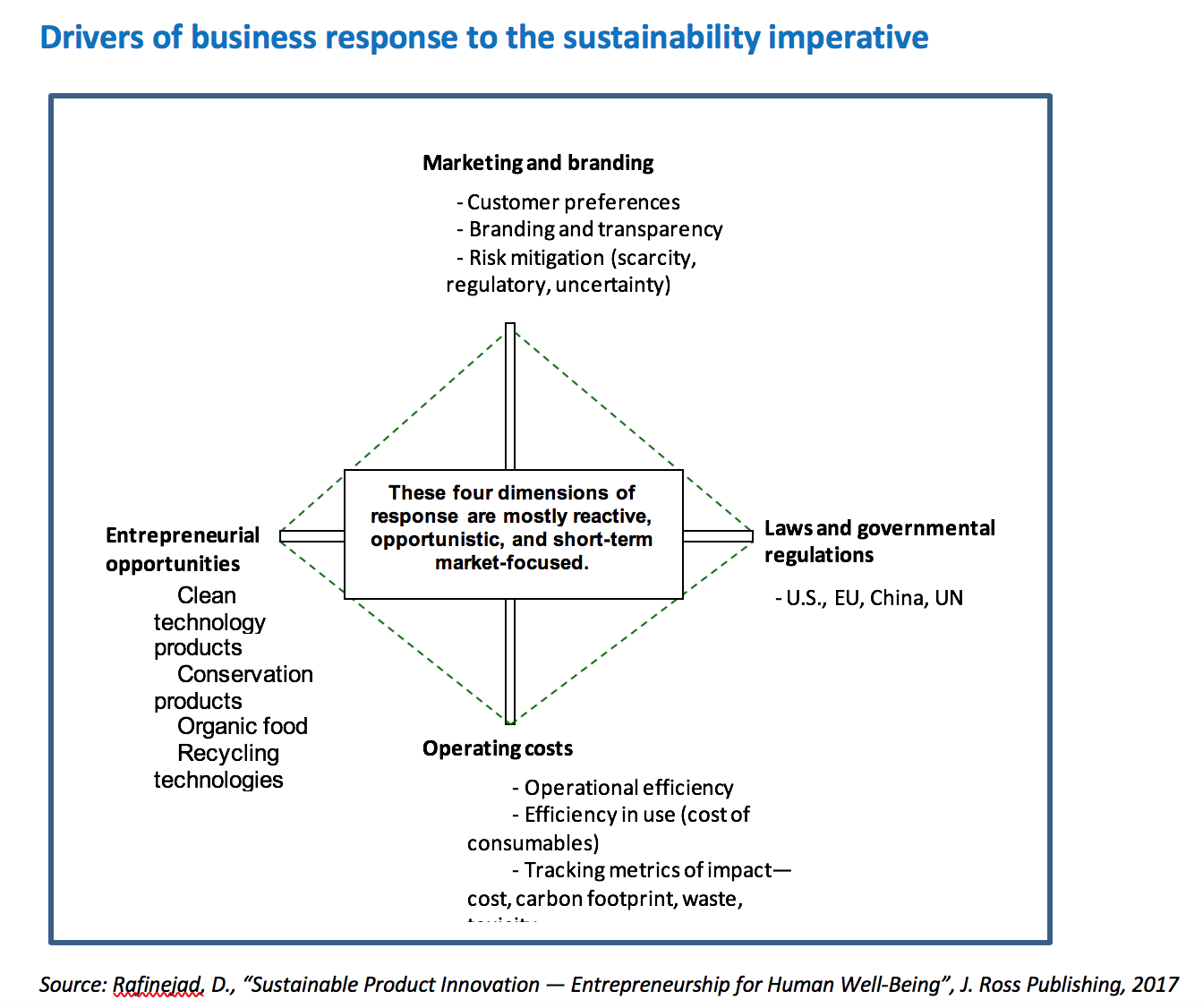 Recent news about Facebook and Nike exemplify the social impact of corporations; through product and business strategies in the case of Facebook, and through marketing communications in the case of Nike. These two cases underscore the importance of intentionality on the part of corporations to weigh social impact in designing products, in formulating business strategy and in leveraging the power of their brand.

In 2011, Facebook’s platform was credited with connecting people and facilitating the Arab Spring, the democratic uprisings that arose across the Arab world and toppled governments, including those of Tunisia and Egypt. This was generally seen as a positive social benefit that empowered people and held leaders to account.

Seven years later, the world witnessed a very different side of Facebook. CEO Mark Zuckerberg appeared before a U.S. Congressional committee to answer questions about the societal impact of the company’s business strategies. These hearings were instigated by the revelation that Cambridge Analytica illegally had collected the private information of more than 87 million people, and the Facebook platform allegedly was abused by Russian groups to interfere in the 2016 U.S. presidential elections.

During the long testimony Zuckerberg said he was "sorry." "It’s clear now that we didn’t do enough to prevent these tools from being used for harm. That goes for fake news, foreign interference in elections and hate speech, as well as developers and data privacy."

The goal of continuous business growth is irreconcilable with the objectives of social, environmental and resource sustainability.

This was an acknowledgement that the product strategy was causing social harm. Facebook’s response to the hearings has been to heighten the scrutiny of user accounts and the quality of content posted to the platform. Another possible outcome might be new regulations on data protection, a social benefit that could affect Facebook’s profitability through increased expenses or decreased revenue.

In August, CNN reported, "Nike takes sides, tapping Colin Kaepernick for new 'Just Do It' ad." Former San Francisco 49ers quarterback Colin Kaepernick has not played in the NFL since the 2016 season when he began kneeling during the national anthem to raise awareness about police brutality against African-Americans. Kaepernick’s action infuriated the political right, and attracted attack tweets from President Donald Trump as well as demands that the NFL ban Kaepernick from the league.

Often brands avoid controversy and taking strong public positions that might be overtly political, but Nike broke the norm, challenged the political narrative of the right and threw its weight behind Kaepernick. Nike altered the social discourse and repositioned Kaepernick’s action from being un-American (as the president had framed it) to being brave and quintessentially American in challenging the status quo. Kaepernick later tweeted a challenge to us all: "Believe in something. Even if it means sacrificing everything."

The business impact of Nike’s action has been debated: whether it was a significant risk with its customers including the NFL, or a shrewd marketing strategy to appeal to millennials. Nonetheless, Nike’s communication strategy demonstrated the power of brands for social impact.

Corporations not 'absolved of' but focused on social responsibility

Milton Friedman was wrong. Corporations do have a responsibility to society beyond maximizing profit, which can best be met through adopting the following four strategies: 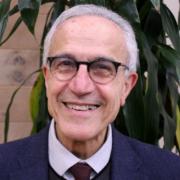 Companies need to institutionalize climate solutions in every department

See all by Dariush Rafinejad