Mind the Void: Interface After Ray

[Editor's note: We are pleased to present the first post in a new series called "Radical Industrialists," from the sustainbility leaders at Interface. The series will offer practical insight and lessons learned from the new generation of leaders at Interface fulfilling Ray Anderson's vision to create the world's first ecologically restorative manufacturing company, and we start with a look at life, and sustainability, at Interface after Ray Anderson's passing.]

It is rare to see the founder of an iconic public corporation remain the heart and soul of the company until death, and in a year in which many have speculated about the future of "Apple after Steve Jobs," many in the sustainable business community are also wondering about "Interface after Ray Anderson."

Ray made his name the first time as the entrepreneur that brought modular carpet to America, founding Interface in 1973 and building it into a billion-dollar company. He made his name the second time as the CEO whose "spear in the chest" epiphany in 1994 transformed him into the foremost corporate sustainability evangelist of the 1990s and 2000s.

Many GreenBiz readers will have encountered Ray, the self-described "radical industrialist," through his books and his innumerable speaking appearances, but it is worth understanding who Ray was to the people of Interface and what his passing means for the future of the "mid-course correction" he started at our petroleum-intensive manufacturing company.

To say it plainly, not every successful corporate leader is as sincerely loved by the people in his organization as Ray Anderson was. Nearly every longtime U.S. employee can tell a story of how Ray treated him or her like family, no matter how humble their role in the company. The birth of sustainability at Interface owes much to the fact that he was the kind of leader people would follow anywhere (even to places that made no sense to them initially).

Dan Hendrix, who was Ray's CFO for 16 years before taking over as CEO in 2001, freely admits it took him the better part of 10 years to really get sustainability, but nevertheless mastered explaining Ray's sustainable business strategy to the very skeptical analysts on Wall Street every quarter. Look for him at the New York City GreenBiz Forum for more on his story and what's next for Interface globally.

Many of us in the world of sustainability will never forget the first time we saw Ray speak and the sense of hope we felt hearing a CEO speak such beautiful heresies (in a Georgia drawl no less!). Having Ray on your side, with all the drive and charisma that fostered his success in business, made anything seem possible. Much of the culture of Interface is built upon this very sentiment.

And now that's he's gone? The warning sign for the passing of an iconic founder should read "Mind the Void." It matters little that Ray hadn't had any operational role at Interface in ten years. The void is not operational, but emotional.

Leaders like Ray generate their own gravity that draws people in and keeps them focused, even in the face of the seemingly insurmountable challenges we often face in the world of sustainability. It is now unsettling to find that certain elements of organizational cohesiveness, inspiration, and emotional engagement thought to be integral to the culture can no longer be taken for granted. Vision and inspiration don't appear on the balance sheet, but their absence will show up there sooner or later if we fail to pay attention and "mind the void."

For example, we must now question how much of our outstanding employee engagement was based on loyalty to Ray versus a personal commitment to sustainability -- and will it now waver? CEO Dan Hendrix recently investigated this very question on a global tour of our facilities and found enthusiasm for Mission Zero stronger than ever among our international associates, and far less tied to Ray's story than he had anticipated. It seems we in the U.S. have something to learn in the post-Ray era from our international colleagues about fostering commitment to sustainability at a personal level (more on this in our next column).

The cultural challenges from the loss of our company's real-life superhero are accompanied by external facing challenges as well. We lost our champion storyteller, our goodwill-generating ambassador, the man who could tell the story in the first person as the competitive capitalist that finally "got it."

Many wonder who could ever tell the Interface story as passionately and authentically as Ray did. What's more, we may doubt if we can ever own a story that started with someone else's epiphany. The legend of the superhero founder may confound ownership in some ways, as devoted disciples don't always recognize that the epiphany was merely the beginning.

The journey, from the epiphany of yesterday to the actions of today, is created by all of us – and that makes the story ours too. So our external challenge is mirrored by an internal one: letting go of the idea that our sustainability story is Ray's story alone, and building the courage for each of us to begin telling our own stories of the ascent of Mt. Sustainability.

Paul Hawken called Ray's passing "a summons, maybe even a provocation" and that is very much how it has been received at Interface. The most daunting pitches of Mt. Sustainability remain and we must now find it in ourselves to keep moving forward on the path Ray laid before us so clearly.

As he told us in February 2011 in one of his last addresses to the company, "I will be with you every step of the way, in body, and then in spirit." We look forward to sharing the journey, with all its successes and setbacks, with GreenBiz readers in the months to come. 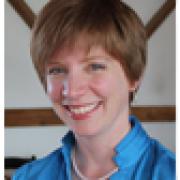 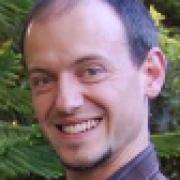 Why does sustainability need beauty?

What’s in your seed bank? Lessons for building resilience

Biophilia and innovation: Can changing your view change your worldview?

What's in your product? Learning to love transparency

Biomimicry and teaching business the 'secrets of life'

See all by Lindsay James