Excerpted from "RARE: The High-Stakes Race to Satisfy Our Needs" by Keith Veronese, published by  Prometheus Books, 2015. Reprinted with permission from the publisher. 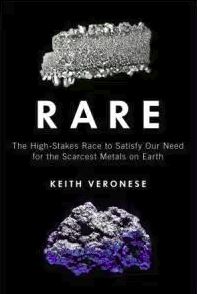 What prompted the United States to get serious about rare earths? Before World War II, we relied on a consistent funnel of obscure metals from Brazil and India to meet our supply needs. An effort by both countries to raise prices sent U.S. manufacturers looking inward — a smart decision, since domestic mining efforts were spurred by the U.S. government’s search at home and abroad to find uranium for use in nuclear weapons, a search that also turned up a number of rich rare earth deposits. United States–based mining surged again in the mid-1990s to fill the infrastructure demands of the Internet Age, but almost all operations ceased by the end of the decade.

A sudden change in policy took hold in the waning years of the 20th century, much the same as the low costs that sent the United States to Brazil and India in the first decades of the century. In the 1990s, a number of successful Chinese mining operations began, with their rich supply of high-quality rare earths flooding the global market and driving prices down to near-record lows. The same phenomenon that lured the United States into the rare earths business — rapid price fluctuation — ushered their exit as well. Relying on export streams from China became easier and economically feasible. At the same time, China’s power play invited global powers to rely on a single source for these essential materials. The decision to sit on the sidelines may work in a nearsighted scenario, but as it would be in any supply-and-demand situation where a single entity has a near monopoly, such a move will no doubt become less than desirable as time passes.

It is easy to suggest, from a Western perspective, that the United States should play a waiting game and simply allow for reserves in China to be exhausted. Such a mindset is troubling, since every year that passes places an additional delay on the time it would take to ready an existing stateside mine for excavation. Initiating the start-up process at an existing but inoperable mine is not merely a matter of flying equipment and technicians in before management flips a switch — it is an excruciating process compounded in difficulty through the necessity of meeting new environmental legislation and clearing environmental hazards incurred in the absence of operation, measures frustrating an increasingly weary population of taxpayers.

By the year 2016, the population of China is projected to consume 130,000 tons of rare earth metals a year.

China is not mining these metals merely for a source of income and political clout but first and foremost for its own benefit. China’s population is consuming rare earth metals at an astonishing rate. By the year 2016, the population of China is projected to consume 130,000 tons of rare earth metals a year, a number equivalent to the entire planet’s consumption in the beginning of this decade. The reasons for this increase are manyfold, but they are in part due to the growing accessibility of high-end technology at a low cost, the rising quality of life for the average Chinese citizen, and a tech-savvy youth culture that rivals any on the planet. We may see a day quite soon when the whole of China’s rare earth production is used within its borders, leaving the rest of the world scrambling to meet the needs of their citizens.

After feeling the pull from export limits on rare earths brought on by the Chinese government in 2012, the United States, the European Union, and Japan pleaded with the World Trade Organization in hopes of forcing China to "play fair." By the time of this plea, the Chinese government had already succeeded in its efforts by giving a handful of countries an idea of what it would be like to face a dramatic decrease in supply. China holds one-third of the planet’s rare earth supply, but a vast number of mining and refining operations ongoing within its borders allow China to account for roughly 97 percent of the available rare earth metals market at any given time. Yes, other countries have rare earth metal resources, but they lack the infrastructure or means to put them to use.

The addition of politics into the equation places China in an enviable position of power should a nation or group of nations interfere with the country’s interests on any level. Unhappy with the Japanese presence in the South China Sea? Prohibit exports to Japan. Unhappy that a conservative group within the U.S. House of Representatives is calling for a sharp decrease in the number of Chinese nationals allowed to pursue graduate studies in the United States? Play the export card again, but this time on the United States and maybe her allies in Europe and North America, too. Unhappy with just about any political, economic or social scenario invoking a response greater than public disdain and less than a show of force? Threaten exports again, and keep doing so until you have the ear of the scattered countries of the world, all because their collective citizens want the goods created from China’s materials. This comes with an added bonus, since a large percentage of their tax monies spent on military weaponry relies on the same goods that require these rare-metal components, further indebting a sovereign nation.

If the threat of export cessation does not appear significant enough, remember that the U.S., the U.K. and the U.N. made use of trade embargoes to guide the military and political behavior of Pakistan, India and China itself in the early years of the 21st century.

Cost and profit are bulwarks that will not be entrenched on the world stage through the emotional whims of patriotism or tradition — moments after a product is available at a lower cost from a different supplier, buyers will flock to the new supplier.

The government of China made a decision to play the "long" game in the 1970s — sell large quantities of rare earth metals at very low prices, prices low enough that the rest of the world would flock to this new and inexpensive supplier. Years of allowing outsiders to purchase at below-market value devastated the rare earth mining industry in other parts of the world, and by the turn of the millennium, China’s mines were the only ones left standing. China set itself, with intention and cunning, at the head of the class of rare earth metals, and the country will be there to stay for the next several decades to satisfy the lack of exploitable supply around the world. Factor in the high start-up costs associated with developing a new mine where a worthwhile cache of rare metals exists or reopening an operation shut down in the 1980s or 1990s that closed its doors due to the artificial financial atmosphere created by China’s bold move.

While China became the cornerstone of the rare earth metals industry, the United States faltered. Granted, the United States did not necessarily lose its rare earth resources — they remain just under the surface of the ground or in small stores of raw materials waiting until a time of critical use for processing — our efforts to secure and advance this supply went into a deep slumber. China began its ascent to the top of world rare-metal production in 1987, and it has surpassed the United States in production every year since 1992.

Corporations that traditionally purchased metal assets owned by North American countries soon traveled across the Pacific to obtain these same metals at a considerably lower cost, mirroring the draw of new discount chain stores on the inhabitants of surrounding neighborhoods. Cost and profit are bulwarks that will not be entrenched on the world stage through the emotional whims of patriotism or tradition — moments after the same (or better) product is available at a lower cost from a different supplier, buyers will flock to the new supplier.

Rare earth metal mining operations and processing outside of China showed a shrinking bottom line as profit opportunities dried up when mining companies faced the option of selling at or near the prices ushered in by China or ceasing operations altogether.

China beat the United States because its miners and processors could sell at a lower cost due to economies of scale and a government willing to set low prices to gain market share. This drove suppliers in other parts of the world out of business through a decreasing profit margin, much the same way the arrival of a large chain store closes the door of "mom and pop" specialty shops. When profits drop due to a changing marketplace, decreased demand, increased upkeep costs, or a number of other factors, it is often cost-effective to cease mining operations at a location. It is not the place of these private corporations to mine any metal with the hopes of maintaining a healthy domestic supply and the best interests of the country if the monetary reward is not present.

Making use of rare earth metals in various incarnations allows for significant gains in efficiency and power — a neodymium magnet motor can outwork an iron-based magnet motor of more than twice its size — but these benefits are not without a substantial price. Rare earth magnet components often cost 10 or more times the price of their less efficient, more common counterparts, and any disruption in supply will only lead to a widening of the price gap. When faced with a long-term drop in the supply of rare earth metals, manufacturers will be forced to choose between passing the costs onto the consumer and in the process risk losing market share, or selecting cheaper, older parts and manufacturing methods — the same ones many of the rare earth metals helped replace — that would lead to inferior products and eliminate a number of technological advances.

There are over 30 pounds of rare earth metals inside of each Toyota Prius that comes off a production line, with most of that mass split between rare earth components essential to motors and the rechargeable battery.

Product costs and creature comforts are not the only areas to falter during a supply disruption; entire movements could suffer when substitutions are made for vital rare earth metals. The rare earth metals dysprosium, neodymium, terbium and lanthanum are the four-pronged linchpin of efforts to create an environmentally friendly transportation sector, with each metal needed in massive quantities if the electric car revolution succeeds in removing combustible engines from our roads and highways.

There are over 30 pounds of rare earth metals inside of each Toyota Prius that comes off a production line, with most of that mass split between rare earth components essential to motors and the rechargeable battery. Of this 30, 10 to 15 pounds is lanthanum, with the lanthanum used as the metal component of nickel metal hydride (NiMH) batteries. As the first generation of hybrid automobiles reaches the end of its lifetime, owners will be forced to replace their battery or move on to a different car, with both alternatives bringing an uptick in rare earth metal consumption.

Looking for a way to end the green planet revolution? Cut off the rare earth supply line. Our future technology and way of life hinges on these metals, but before we extrapolate current political and economic situations to forecast the future, let’s turn to the past. Humankind’s relatively short working history with these metals began in the 19th century, as detail-oriented, hyper-analytical scientists who were one-part geologist, one-part chemist and one-part physicist poured over ore samples from across the world to discern their origins. 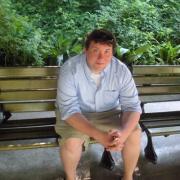 See all by Keith Veronese