A decade ago, in a moment of impatience with the progress of the sustainable business movement, I paused to ask: Is it time to rewrite the social contract (PDF)? My response: an unequivocal "Yes."

Why? Because the corporation cannot be ignored in defining the 21st century social order in a world fraught with geopolitical turbulence, multiple ecological crises, social discord, the question of the corporation as a party to the social contract looms larger than ever.

The social contract predates by two centuries the 19th century, joint stock, limited liability corporation and the forerunner to today's publicly listed enterprise. Conceived by Locke, Rousseau, Hobbes and other philosophers, the contract rests on a bi-lateral, governance compact that has undergirded Western societies for three centuries. Citizens freely delegate certain roles and responsibilities to government which, in return, provides collective goods such as the rule of law, protection of property rights and personal security.

With the onset of modern industrial era the early 19th century, the large industrial corporation — forerunner to the contemporary joint-stock, limited-liability (publicly listed) corporation — appeared as a new force in shaping the social order. Early industrialists such as Carnegie, Rockefeller and Mellon laid the foundation for the modern enterprise, growing corporations into organizations of unprecedented scale and political influence.

Today, annual revenue of the five largest global corporations exceed $250 billion, topping the GDP of 75 percent of the world's nations. In the United States, all Fortune 500 companies combined represent two-thirds of the U.S. GDP of $12 trillion in revenues and employ 28.2 million worldwide. Apple's market capitalization recently reached a record $900 billion while four other U.S. firms — Alphabet, Microsoft, Amazon and Facebook — exceed $500 billion. Over half of world's largest economic units are companies.

How can the imperative of integrating the corporation into a 21st century social contract be translated into an actionable agenda aligned with a just, prosperous, resilient 21st century?

Such scale, of course, is not unique to the United States. The Chaebols (conglomerates) of Korea, the former state-owned privatized Russian extractive industry companies, the state and quasi-state Chinese enterprises and the Japanese "zaibatsu" all represent organizations with immense economic and political power.

Increasingly, scale translates into market power within sectors. In the aircraft, carbonated beverages, gas turbines and farm equipment industries, at least 70 percent of global market share is controlled by two or three companies. Concentration in the manufacture of mobile phones, LCD TVs and elevators, microprocessors and glass bottles are not far behind. Facilitated by decades of post-war economic liberalization and technological innovation, global corporations have achieved historically elevated transnational influence economically, socially and politically.

How, then, can the imperative of integrating the corporation into a 21st century social contract be translated into an actionable agenda aligned with a just, prosperous and resilient 21st century? The three components put forward a decade ago, while having stood the test of time, warrant both an update and expansion.

First, build a consensus around a generally accepted purpose of the corporation to complement, not displace, company specific pronouncements describing their reason for being. Such norms, of course, are not new to discourse pertaining to sustainable business. The ILO Declaration on Fundamental Principles and Rights at Work, the U.N. Global Compact and the OECD Guidelines for Multinational Enterprises are examples. More recently, and with limited success, Corporation 20/20 and Purpose of the Corporation project have sought to advance a generally accepted definition of corporate purpose.

In the case of Corporation 20/20, a multi-stakeholder inquiry into the future of the corporation, offers the following: "The purpose of the corporation is to harness private interests to serve the public interest." Needless to say, definitions of this nature challenge the dominant shareholder value paradigm. In so doing so, they elevate other forms of capital and capital providers — including human, social, natural — as co-equals as contributors to and beneficiaries of the enterprise's wealth creation process. It also embraces the notion that preservation and enrichment of multiple capitals — not limitless growth in finance capital — is the pathway to aligning enterprise and societal well-being.

A second aspect of the corporate role in a new social contract is embedding long-term wealth creation into the heart of the enterprise. Long-termism remains prominent in the pronouncements of many companies and investors, bolstered by research that demonstrates the competitive advantage of such a strategy. Yet, while some business coalitions promote such thinking, the entrenchment of short-term share price as the paramount driver of much business behavior is indisputable. As on example, in the months preceding enactment of the recent U.S. tax legislation, 29 companies announced $70.2 billion in stock buybacks, an instrument of choice for bolstering share price and, in tandem, executive compensation tied to stock performance.

A fourth component of modernizing the social contract is the corporate responsibility for mitigating systemic risks.

While some may attribute such action to the new tax law, financialization of corporate decision-making is a long-term trend. Indeed, the frequency and scale of stock buybacks and dividend issues attest to the endurance of share price as a primary motivator corporate decision-making. As one leading journalist argued, "The business of America isn't business anymore. It's finance." Between 2005 and 2014, S&P companies spent $6 trillion on buybacks and dividends. Meanwhile, a meager 15 percent of all financial flows are applied to the real economy the produces goods and services, a reflection of the growing concentration of wealth among holders of finance capital at the expense of wage earners. In short, long-termism in both company and investor behavior remains a compelling but distant vision.

The third component of a new social contract is the expectation that companies alone, regardless of intent and resources, should not be a primary provider of social goods. Philanthropic contributions are one obvious mechanism. But far more important are the multitude of alliances and partnerships that provide goods such as computer literacy, health services and job retraining to needy populations. Rather companies stepping in a substitute for government, the most successful arrangements selectively tap the capabilities of corporate involvement in provision of public goods. In this form, the comparative advantages of the three actors blend: innovation and management acumen of companies; local knowledge and trust associated with citizens (and civil society) organizations; and the policy frameworks that encourage promising partnerships while avoiding outsourcing the essential government role in providing social goods.

A fourth component of modernizing the social contract is the corporate responsibility for mitigating systemic risks. Discrete, one-off contributions in the form of philanthropy, partnerships and equity investments in social enterprise are no substitute for initiatives that address the underlying, structures that fuel systemic risks such as climate disruption, wealth disparities and massive, involuntary human dislocation.

Corporations alone, of course, are neither solely responsible for, nor capable of mitigating, such crises. But to mistake incremental improvement for long-term transformation is to ignore the responsibility of global enterprises in reducing systemic risks. The case for such action rests on both self-interest and virtue. Large corporations thrive in stable, predictable operating environments, the rule of law and trust on the part of workers, customers and communities.

In contrast, social instability, erosion of civil institutions and ecological degradation are antithetical to business prosperity. Under the right conditions, a virtuous circle emerges. The corporation acts to reduce systemic risks which, in turn, helps create a stronger talent pool, revenue stream and collaborative disposition on the part of the body politic that grants the corporation its license to operate.

A new, tripartite social contract, built on an ethos of collaboration, civility and inclusiveness, is poised to emerge.

How, then, to foster such systemic consciousness among large firms? The answer lies in both strategy and reporting. Regarding the first, consider The Investment Integration Project. TIIP fosters positive feedback loops between asset management and preservation of the planet's ecological, social and financial systems. Investment choices that reduce systemic risks in turn create systems conditions conducive to stable, long term returns. This circularity rejects the core premise of Modern Portfolio Theory which assumes that portfolio-level decisions have no impact on planetary systems because market forces are beyond the control of the portfolio manager. Ten "tools of intentionality" provide investors with a template for targeting investments to fortify rather than undermine the systems foundational to successful long-term investing.

Imagine an analogous tool of intentionality applied to corporate decision-making. Such criteria, devised by an independent, multistakeholder body, would apply a systems filter guide to executive and management decisions as well as a framework for public disclosure of the organization's methodology.

An example of such measurement and disclosure of systems consciousness is contextualization of ESG reporting within system limits and thresholds, such as reporting absolute carbon emissions or water consumption within the context of a predefined, generally accepted limit or threshold. In the social sphere, floors rather than ceilings apply, for example, location-specific fair wages, employee health benefits or parental leave. The Global Reporting Initiative (GRI) in 2002 introduced this context principle, which also appears in the GRI Reporting Standard (PDF). To accelerate progress toward mainstreaming context-based reporting — only 5 percent of all sustainability reports reference context in any form — the new Global Thresholds and Allocation Council seeks to establish an independent trusted, multistakeholder process for developing generally accepted norms for such measurement.

The post-war liberal order is fraying. Multiple crises — ecological, economic, social, geopolitical — portend decades of instability. A half century of corporate prosperity is no assurance for the next decades. The bipartite citizen-government social contract that predates the modern industrial society has experienced de facto reconfiguration with the emergence of the global corporation.

Market and political power have combined to create a third, co-equal actor on the global stage. The same globalization that has created immense wealth to owners of finance capital and corporate executives has triggered rising disillusionment among wage earners at all levels. The asymmetry between the beneficiaries and the burdened of globalization has catalyzed rising discontent among those left behind. With increasing frequency are reformist voices that favor "reinventing" capitalism and those seeking a deeper structural shift from financialization to shared wealth.

A new, tripartite social contract, built on an ethos of collaboration, civility and inclusiveness, is poised to emerge. The sustainable business movement is a precursor, not a destination, in a transformation that must bring the corporation into a reconstituted compact. Old strictures, most prominently shareholder primacy, must be put to rest, paving the way for a next generation of enterprises imbued with public purpose.

In 2002, Charles Handy famously asked: "What's a Business For?" His response is no less relevant at this historic branch point. "The purpose of business … is not to make a profit, full stop. It is to make a profit so that the business can do something more or better." That betterment must find its way into a new social contract commensurate with the realities — and urgencies — of the 21st century. 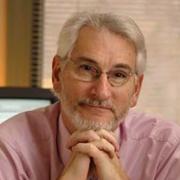