Advocates of RNG are bullish, but are apples-to-oranges comparisons driving the optimism?

Across the United States and Canada, interest is accelerating in the potential for renewable natural gas (RNG), otherwise known as biomethane, to decrease transportation fleet emissions. RNG generates further interest for its potentially lower price point than competing fuels, as well as minimal friction to incorporate into existing operations. Yet, concerns with RNG’s emissions and supply security remain.

According to industry leaders, the findings are clear. "Renewable natural gas can be used in nearly every application that gasoline and diesel vehicles can be. ... Operationally, there is no limit," noted Ashley White, director and head of corporate sustainability of Clean Energy Fuels, which sells RNG.

In addition, federal Renewable Identification Number (RIN) credits, as well as state programs such as California’s Low Carbon Fuel Standard Program (LCFS), pass environmental credits through to the end consumer, reducing the cost of RNG to below that of other fuels. Even fleets interested in pursuing RNG that are currently unequipped to use natural gas fuel can tap into funds to subsidize that equipment investment. To top it all off? RNG’s carbon intensity (CI) is lower than that of diesel.

Despite the positive industry outlook, Jimmy O’Dea, senior vehicles analyst at the Union of Concerned Scientists (UCS), raised clear concerns. He explained that the comparison of RNG with electricity is often skewed. On top of that, RNG’s potential is limited on the supply side, setting up fleets and organizations which invest heavily in natural gas infrastructure to rely eventually increasingly on conventional natural gas, which offers far fewer emissions benefits.

How useful is RNG?

Clean Energy Fuels customers range in size from hub-and-spoke delivery and service operations to transit and refuse fleets to single-truck operators in the Port of Los Angeles. That alone provides ample evidence for White’s claim.

Sam Wade is director of state regulatory affairs at the Coalition for Renewable Natural Gas. As former chief of the Transportation Fuels Branch at the California Air Resources Board, where his oversight encompassed the creation of California’s LCFS program, he concurred, "There are no physical limitations, so RNG can be a solution across the country."

Scott Gramm, manager of renewable natural gas for FortisBC Energy, added that the RNG going into the pipeline or a vehicle is 100 percent interchangeable with compressed natural gas (CNG), but from a renewable source. Gramm clarified just how similar RNG is to conventional CNG: "Rather than methane from a coal bed, you’re getting methane from organic waste."

Dollar for dollar: RNG vs. diesel

There is no denying that the flat cost of one gallon of diesel is less than one diesel gallon equivalent (DGE) of RNG. While that is true, it neglects the significant financial incentives available today through both California’s LCFS program and federal RIN Credits.

A 2016 study by the University of California at Davis (PDF) assessed the impact on pricing of environmental credits that come with RNG sourced from landfills, dairies, municipal solid waste and wastewater treatment plants. It found that current credits could open up a supply of up to 82 billion cubic feet per year of RNG in California alone — that’s over 600 million gallons of fuel in DGE.

Sahar Kamali, director of business development at Clean Energy Fuels, echoed the study’s findings with a 2019 update that RNG is available "either at parity, or at a discount to conventional natural gas fuel." These credits will become increasingly important as industries across the United States and elsewhere continue to receive public mandates to increase the use of renewable energy sources.

Gramm’s colleague at FortisBC, Mike Bains, manager of regulatory and commercial development, was enthusiastic about the "win-win-win" presented by government mandates. CleanBC, Bains said, "presents an opportunity for companies like FortisBC to invest and earn a return on the investments, support government objectives of lowering GHG emissions and help lower operational costs for end-use RNG customers all at the same time."

When it comes to emissions, RNG generally reduces greenhouse gas emissions by 60 to 70 percent over diesel, White said. Diesel’s carbon intensity of roughly 100 grams of CO2 equivalent per megajoule — the standard unit of measure when comparing the carbon intensity of disparate fuels — pales in comparison with RNG, which comes from methane that otherwise would have vented into the atmosphere. That RNG can be "as low as minus 250 CI," White explained.

How does RNG compare to electricity? Thomas Lawson, president of the California Natural Gas Vehicle Coalition, said in 2018 in Advanced Clean Tech News that the RNG from food waste and other sources used to power heavy-duty trucks has a carbon intensity far less than that of battery electric trucks powered by California’s typical grid supply.

When determining total emissions, the full lifecycle of each energy source must be examined, not just the moment of fuel consumption. Gramm pointed out, "The CI of natural gas on a [methane] wells to wheels basis is very competitive with electricity." While electricity may "burn" cleaner at the moment of consumption, the supply source must be taken into consideration.

Still, O’Dea of UCS called for the industry to address the "sobering" amount of fugitive methane emissions leaked along the supply chain. "The extent of methane leaks is a major factor in how low or high the CI is rated," said O’Dea. "The rate of emissions varies by geography, operator practices and equipment used, which is lost when averaged out for the purposes of calculating CI." In addition to leaks, said O’Dea, flaring at wellheads further adds to the CI.

With those considerations in mind, O’Dea described the above electricity emissions comparisons as "apples to oranges." O’Dea pointed out that "comparing the whole grid mix" of electricity (with sources ranging from renewables to methane) against only RNG could result in a favorable carbon-intensity comparison for RNG. He said that it's possible "to identify electricity grids in certain parts of the country, where a certain source of biomethane might have a lower CI." However, it's possible likewise "to find a fleet with a purchasing agreement to receive exclusively renewable electricity — which wouldn’t be reflective of the whole grid — that you could point to, and highlight that your CI is different than the rest of the grid."

There looms another concern on the supply side of RNG. The UCS and other sources have found RNG to be in such limited supply that no single industry can rely entirely on it, according to O’Dea. "As such, what is the appropriate amount of infrastructure-related investments? Avoiding stranded assets is a key principle that should be used in deciding how to use this fuel."

So, why are federal and state tax incentives focused on the transportation sector? "There’s nothing about transportation that’s inherently different, other than [state and federal] policies," O'Dea said. "There are relatively few natural gas vehicles on the road, with transit and bus agencies probably the largest sector of deployment." However, natural gas is used across electricity generation, including in industrial applications.

Industry advocates remain committed to RNG having a lower carbon footprint than that of diesel. Bains of FortisBC leaned on this key differentiator: "Our current selling price for RNG is well below the cost of electricity. ... RNG on an average basis has a lower carbon intensity than even electricity in British Columbia, which is not a widely known fact."

Even if a transportation fleet does not yet have the capacity to use RNG as a fuel source, options are emerging to overcome that final barrier. For White of Clean Energy Fuels, "the key to unlocking RNG’s potential … is putting these vehicles in their fleet today." She highlighted her company's Zero Now program, which defrays costs to fleets by leveraging "upstream and downstream partnerships in the supply chain," such as a 2018 deal with Total, which infused the company with $83.4 million — along with an additional offer of $100 million in credit.

The existence of Zero Now is no indication that RNG as an industry is in its infancy, either. Wade demonstrated the widespread adoption of RNG, citing the RNG Coalition’s lengthy roster, whose "more than 175 members include household names ranging from Waste Management to Chevron." He summed up the current RNG market as having both "momentum, and a lot of room to grow." 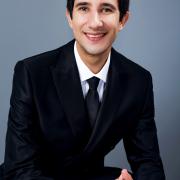