On the modernized, efficient and equitable electric grid

If the United States is to do its part in limiting global warming to 1.5 degrees Celsius, the federal government will have to follow states’ lead in setting national carbon emission reduction targets and promoting the energy transition required to achieve them.

That is only the start of the endeavor, though. States across the country have led efforts to revamp the electric grid: modernizing century-old systems; promoting energy efficiency; and investing in distributed energy generation that replaces central grids. To limit climate change to levels on par with science-based targets, the entire nation will have to replicate these efforts.

The grid of today has evolved little from its origins at Thomas Edison’s Pearl Street Station in lower Manhattan, built in 1882. Large power plants far away send power long distances on transmission wires to large substations that convert that power into something more manageable at the street level, where poles and wires bring the power to your home or business. Edison, if he were alive today, could walk into the control room of most power plants or grid operators and feel right at home.

But that is starting to change. States leading on clean energy have embraced the distributed generation future. Instead of a large power plant sending its power long distances, in this future, the solar on the roof of your home generates clean energy. Rooftop panels are paired with an energy storage and "peak shaving" device in your garage or basement. Your major appliances are all connected through smart meters and smart thermostats that allow for real-time control of energy demand, either by an aggregator service or your own mobile device.

Instead of a large power plant sending its power long distances, in this future, the solar on the roof of your home generates clean energy.

To support this interconnected future, the federal government can and should directly fund the deployment of smart grid technology — along with cybersecurity defenses — for the transmission and distribution grid. An investment of $20 billion a year for 10 years would help us catch up on the track that the Electric Power Research Institute proposed back in 2011 for a $300 billion to $400 billion federal investment in smart grid technology over 20 years.

But not all of the smart grid requires direct investment in infrastructure. With sufficient computer power, we can manage internet-connected devices (batteries, thermostats, water heaters, etc.) to deliver environmentally beneficial and grid-enhancing outcomes.

Innovative power companies are starting to figure out the benefits of this new model. For example, Vermont’s Green Mountain Power, in partnership with Tesla, has deployed 2,000 grid-connected and controlled Tesla Powerwalls. These batteries store energy from residential rooftop solar panels on normal days. When storms hit (as they will more frequently in our changed climate), the batteries serve as emergency backup during power outages. But on hot summer days, Green Mountain Power can take control of the power output of the batteries to increase energy supply during times of peak demand, saving everyone in Vermont money and reducing harmful emissions. 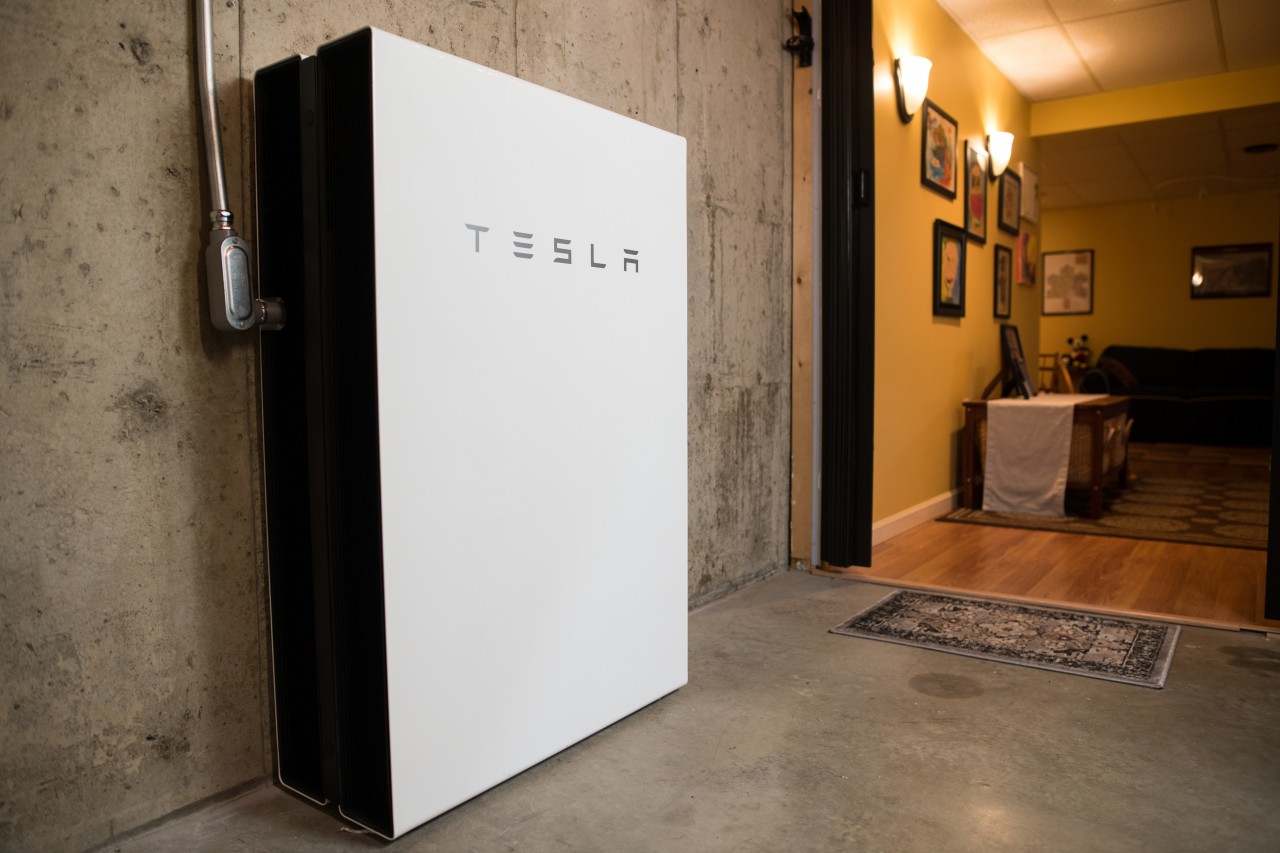 For another example, look to the millennial meccas of Brooklyn and Queens, New York. As residents, businesses and commercial centers grew in these previously underused former industrial zones, so did electric demand. As this trend accelerated, the local energy company, ConEdison, projected that it would need major upgrades to its substation infrastructure and power lines as demand began to outstrip capacity. New York energy regulators empowered ConEdison to pioneer an innovative, cheaper alternative to a traditional utility approach to constrained electric supply.

Instead of bringing in power from long distances with concrete, wires, poles and substation upgrades, the utility deployed local battery storage, generated energy locally and cleanly, and invested in targeted efficiency to solve the problem.

We will need policy changes to accompany these physical grid upgrades.

We will need policy changes to accompany these physical grid upgrades. As Part II of this series laid out, the Federal Energy Regulatory Commission (FERC) must expand its mandate to focus on tackling climate change. The new FERC, driven by decarbonization, would develop regulations that reward this type of creative, information-driven, low-carbon, low-energy-demand solution. Washington state’s new 100 percent clean energy law offers a model for modernizing the way utilities get paid. Instead of getting the typical guaranteed return on their investment in capital projects — which incentivizes a utility to build more capital projects — the utilities in Washington can be paid for performance against targets and metrics that include carbon reduction and equity.

The clean, distributed, equitable, smart grid will be built if rules and regulations adequately compensate utilities and private companies for delivering it.

Even if we improve how energy is delivered, we will still need to use less of it, particularly as we electrify transportation and home heating and cooling. Our homes, businesses and industries are responsible for three-quarters of our energy use and two-thirds of our greenhouse gas emissions. Energy efficiency — accomplishing the same task with less energy — is the fastest, cheapest way to drive down emissions in the short term, particularly while the grid is still relatively dirty and our homes and businesses still use fossil fuels for heating. Long term, using less energy will have the added benefit of making room for future electric demand as we electrify everything.

Massachusetts, a perennial energy efficiency leader, currently has a statutory mandate to achieve nearly 3 percent annual energy savings. In early 2019 the state approved a plan (PDF) to invest over $900 million per year in efficiency for the next three years through utility-run programs, which is projected to yield $8.5 billion in savings for ratepayers. This plan includes a nearly $50 million pilot program offering incentives for highly efficient renewable home heating and cooling technologies. Subsidies for tools such as air and ground source heat pumps as well as solar hot water heaters can help move customers away from oil and propane.

If Massachusetts, after decades of efficiency investments, can still find 3 percent annual energy savings a year, so could the rest of the country, where plenty of low-hanging, inefficient fruit is left to pick. A minimum annual federal energy savings target of 3 percent per year imposed on all public utilities for the 10 years from 2020 to 2030 — a 30 percent reduction in energy use over the decade — would be a good place to start.

Clear and consistent standards, over a long enough time horizon, also create ideal conditions for private investment and innovation in the delivery of efficiency. This market signal would support innovation in building insulation technology (such as insulation-integrated siding systems that wrap leaky older homes in a blanket), building information technology (such as smart thermostats that can reduce energy demand), and financing models (such as long-term performance contracts).

Targets and standards are one tool in the box; another is financial incentives. Here the federal government can focus its dollars on low-income families who suffer from energy burden — that is, those who cannot afford their energy bills, which generally occurs when those bills exceed 6 percent of household monthly income. 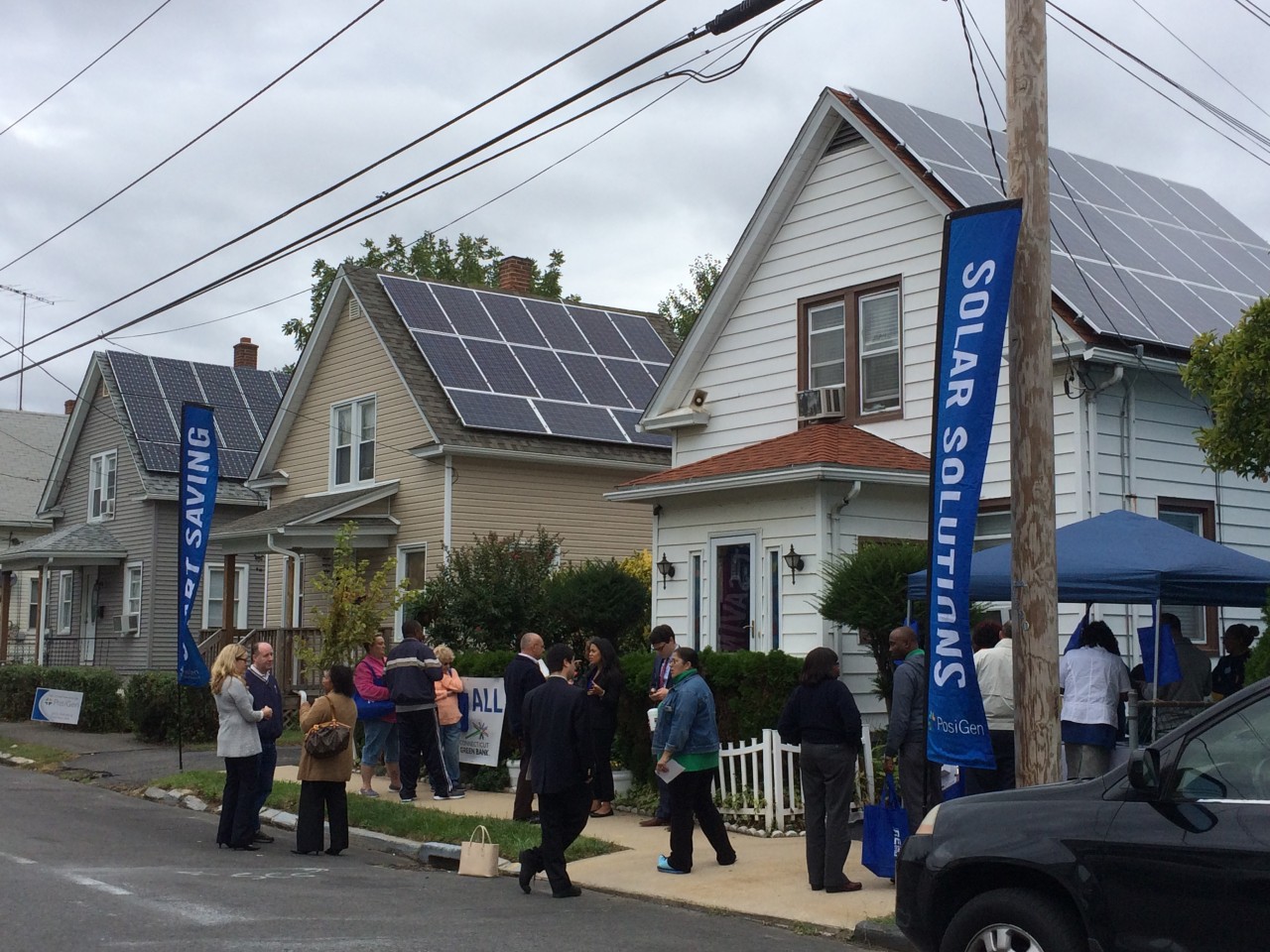 Emerging renewable heating and cooling technologies — which replace inefficient oil, propane or resistance electric heating systems — also could use a kick-start from the federal government. What if we scaled Massachusetts’s $50 million pilot to a 50-state program at $2.5 billion and ran it for 10 years, particularly focused on that same group of low- and moderate-income households? That would translate into at least 500,000 rebates of $5,000 per year, and the transformation of at least 5 million low- and moderate-income households to highly efficient and clean renewable thermal over the 10-year period.

Although that’s only about 4 percent of the households in the country, such direct subsidy programs would catalyze the deployment of these critical technologies, which are key to the "electrify everything" strategy. As we’ve seen with technologies throughout the clean energy space, as these renewable thermal technologies scale up, prices will come down, reducing the need for subsidies and incentives over time.

Across the United States, there are 8 billion square meters of rooftops, 60 billion square meters of landfills and other contaminated sites, and 40,000 garages and surface parking lots with the potential to generate solar electricity, host energy storage (batteries, compressed air, ice, molten salt, etc.) or do both. Dozens of states have statutory mandates and incentive programs for distributed clean energy such as rooftop solar, community solar and energy storage — and hundreds of thousands of good paying "green collar" jobs across the country are associated with these programs.

However, the most innovative state-level policies focus on ensuring equitable access to clean, distributed energy and reducing energy costs for low- and moderate-income households with high energy burden.

For example, Connecticut, with the help of its Green Bank, recently achieved solar deployment "parity" (PDF). In 2018, half of Connecticut’s residential rooftop solar projects were installed in census tracts with the average household below the Area Median Income (AMI), and half were installed in census tracts with the average family earning more than AMI. The Connecticut Green Bank achieved this milestone by increasing its incentives for low- and moderate-income solar customers and by creating "Solar for All," a public-private partnership with Posigen, a company focused on providing affordable leases of solar arrays to this overlooked segment of the market.

Meanwhile, in April, New Jersey launched a three-year, 225-megawatt community solar pilot program for electric customers who cannot have solar on their roof because they have roofs facing the wrong direction, have homes shaded by trees or live in multi-family housing. Forty percent of the participants in this pilot must be from low- and moderate-income households.

Of course, the federal government should retain and expand the traditional tax breaks for clean distributed generation to $20 billion per year. But at least half of these tax breaks should support behind-the-meter solar or storage for low- and moderate-income residential customers, to ensure equitable participation in the distributed clean energy future.

These three proposals center around a new and enhanced relationship with energy at a local level — a much more tangible and personal level than faraway investments in wind farms or massive solar arrays. In this modern, efficient, distributed energy landscape, you can directly participate in our clean energy future through your smartphone, and you can install new clean energy technology on your roof or in your basement that can translate directly into energy savings and personal financial benefits. Through smart investment and incentives, the federal government has the ability to usher in this new energy future nationwide and ensure that all share equitably in the benefits — and that those who suffer from the highest energy burden receive the most help.

The electric grid represents most of our energy use, but far from all of it. Part IV of this series lays out how we can extend what states are doing in a sector where fossil fuels are even more deeply ingrained: transportation.

This article is the third in a series by Robert J. Klee, Ph.D., J.D. exploring policies from states across the country that, if adopted nationally with sufficient speed and ambition, could form the basis for the deep decarbonization of the U.S. economy. Read the rest of the series here. 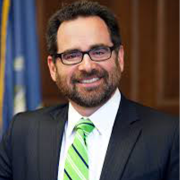 From Thomas Edison to now, efforts in building a modern, low-carbon future

Want the real deal for a New Deal on climate? Look to the states

See all by Robert Klee