More about the S-word: Is it all about survival?

My last blog was about how changing our approach to recycling from one of mere "diversion" to “destination” -- that is, implementing a preplanned system of directing different materials for reprocessing  – could best enable us to  create a “zero waste world.”  This again got me thinking about the meaning of “sustainability,” a subject which I have often contemplated before without arriving at any sort of genuine conclusion.

Shortly thereafter, I attended a Zero Waste Summit in New York. While listening intently to the panel discussion on municipalities and government initiatives related to the zero-waste concept, I heard one of the panelists say the problem with sustainability is the word sustainability itself. His point was that even though everyone in the room was there to promote their own personal initiatives or investments in helping to save the planet, each individual would have a different definition of sustainability to offer. I was in total agreement -- though my head immediately said: but sustainability is necessary for our very survival!

Then it hit me that just as an emphasis on “destination” should replace the idea of “diversion” in the way we design recycling systems, we really might be better served by substituting  the term “survival” for “sustainability.”

Yes, survival – because the practice of continually dumping our waste products into holes that allow the poisons they contain to leach into our water supply is one that seriously threatens our long-term ability to survive. So does filling the oceans with plastic that breaks down into small particles capable of killing many of the fish we depend on for food. So does failing to develop sufficient renewable sources of energy while we continue to deplete the planet's reserves of fossil fuels, the burning of which is rapidly accelerating the heating up of the planet's atmosphere and the resulting submersion of its coastlines.

But while it may be dispiriting to count the ways in which we continue to undermine our own survival prospects as a species, it was highly encouraging (as was noted by a government official in attendance whose department is heavily involved in the issue) to see a room full of businesspeople talking about investing in solutions to these problems. And what better place to start than working toward a goal of achieving zero waste?

It has often been observed by eco-experts and other major players on the world stage that eliminating waste can be a key factor in tackling a number of other major problems, such as global warming, providing clean water, and wiping out disease. As the Chinese delegate to the conference noted, since everybody has to eat, the waste of food will be a primary issue – which I take to mean that the fact that approximately 40 percent of our food is now being thrown away will be a priority for some of the enterprises involved in this collective effort, especially with so many of the planet's nine billion people now in various stages of starvation.

So I have to say it felt really good to hear dozens of representatives of both corporate and governmental spheres from all over the globe getting together to discuss these problems – including those from companies actually engaged in “hands-on” efforts to solve them, such as ReCommunity Recycling, Organix Recycling, Universal Lubricants, Lighting Science Group and Climatec. This is good news for our "survival" indeed. 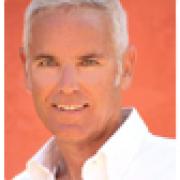 How a trio of female visionaries leaves me hopeful

Is green a lost cause? Not if we make it about 'us'

See all by Anthony Zolezzi