Investors have been continuing the trend toward environmental activism during the current proxy season, with more shareholder resolutions on environmental issues being filed in 2014 than any previous year.

Shareholder support for these initiatives has also been rising, showing corporate managers that they will ultimately need to address environmental, social and governance (ESG) issues one way or another, whether they take a proactive approach or wait for the relevant decisions to be made for them by investors. Over the last decade, the number of sustainability-related resolutions receiving at least 20 percent support has more than tripled.

As a result, some corporations seem to have become more open to meaningful engagement on ESG issues. The recent announcement that ExxonMobil, the largest American energy company, has agreed to publish a "Carbon Asset Risk" report is particularly noteworthy.

However, despite the signs of progress being touted by members of the engagement camp, activist investors and organizations continue to make the case for divestment from fossil fuel companies, arguing that it sends a much more powerful message about the need to start taking action on environmental issues.

The Carbon Tracker Initiative has identified the top 200 fossil fuel companies, ranked by the size of their carbon reserves. Many advocates of divestment point to this list as the best place to start. However, there are plenty of other questions remaining for investors considering divestment.

In a recent article for Responsible Investor, independent analyst Paul Hodgson called attention to two of the most important questions facing the divestment movement today: how can institutions be convinced to divest and how will the process of investors moving their money out of fossil fuel stocks actually work?

The Fossil Free campaign advocated by 350.org urges city and state governments, educational, religious and other types of institutions that "serve the public" to immediately freeze new investment in fossil fuel companies and sell any shares they currently own within five years. With university endowments alone controlling hundreds of billions of dollars in investments, it is clear that this action could put a significant amount of pressure on major fossil fuel companies.

However, Hodgson concedes that for most institutional investors, the process is rarely as simple as it may sound. For starters, these organizations have to sell their constituents on the idea that investments which have proven to be highly profitable in the past will start to decline in value and become unacceptably risky in the relatively near future. This may be a challenge, but as 350.org advises, stakeholders simply need to "do the math."

Fossil fuel companies' valuations are based in large part on their possession of about $20 trillion worth of carbon reserves. However, a large portion of these assets will likely be rendered "unburnable" at some point, due to governmental efforts aimed at limiting global warming to 2 degrees Celsius. The International Energy Agency has previously calculated that, in order to meet the 2-degree target, which has been agreed to by nearly every country on Earth, the energy industry will have to write off up to 80 percent of its fossil fuel reserves. Recent research suggests that even more aggressive limits on carbon consumption may be required to sustain a reasonable chance of achieving the international community's climate goals.

The latest report from the Intergovernmental Panel on Climate Change (IPCC) indicated that, given current trends, climate change will likely exceed the 2-degree threshold and cause more severe effects on ecosystems and economies than previously anticipated. As these impacts become more clear over time, it could galvanize political support for stricter emissions limits and hasten the devaluation of fossil fuel reserves.

If governments follow through on their commitments and $16 trillion in assets become stranded, it seems inevitable that fossil fuel stocks will tumble in value. It is a slippery slope for investors to stand on. Even faced with these facts, it is still difficult for institutions, particularly larger ones, to move forward with divestment initiatives. Hodgson looked at a few current examples to highlight the challenges divestment advocates face in building momentum at their organizations.

After the Board of Supervisors of San Francisco City and County passed a resolution urging the San Francisco Employees' Retirement System (SFERS) to divest from fossil fuel stocks, the SFERS board opted to slow down and gather more information before making any decisions. Specifically, the retirement system board said it would review its approach to ESG issues and analyze relevant proxy voting strategies.

At the University of Maine at Orono, there are 40 different managers involved with the school's endowment. The sheer number of decision makers involved is a sign that it could take years just to get an institutional commitment to divestment, let alone actually carrying out the process.

For Unity College, a small liberal arts school that focuses on environmental science with a $15 million endowment, the process was somewhat simpler. However, the college still faced issues. With its endowment invested in exchange traded funds (ETFs), Unity could not guarantee that it would have zero exposure to fossil fuel stocks. It set a goal of reducing such holdings to less than 1 percent of its portfolio by focusing on non-energy ETFs. The school's CFO told Hodgson that there has not been any substantial impact on the fund's performance since it began divesting in 2012.

Despite the challenges it faces, the divestment movement has a growing number of advocates and successes. Hodgson notes that nine colleges, 22 cities and towns, two counties, 22 church foundations, 25 private foundations and a variety of other organizations have committed to going fossil free. Divestment is also gaining attention abroad, with 350.org's campaign seeing "substantial expansion" in Europe, Australia and New Zealand.

Is there room for a nuanced approach to divestment?

Beyond the hurdles to broader acceptance of divestment, there are also complications that will emerge within the divestment process once commitment reaches a critical mass. For example, those institutions that are planning to divest could see their holdings devalued if other investors begin divesting en masse. It is also difficult to predict what would happen if the market was suddenly flooded with fossil fuel shares.

As clients contemplate next steps in their approach to reducing the carbon content of their portfolios, it is becoming increasingly clear that there may be a need to develop more nuanced strategies. For many clients, practical considerations may be seen as additional hurdles to implementing the straightforward approach to divestment advocated by 350.org and other similar organizations. Tax implications, diversification, portfolio risk profiles, and fiduciary responsibilities must all be taken in to account in the implementation of any divestment strategy.

Some clients are choosing to approach the divestment of these companies in an incremental, phased approach, similar to the strategy used by Unity College. Such an approach allows for the sale of targeted companies under appropriate market conditions with the end goal of achieving divestment benchmarks in a longer timeframe, while addressing the practical considerations outlined above. However, as also noted earlier, such an approach could become a liability if broader acceptance of the divestment strategy emerges.

These uncertainties will create challenges for advocates of divestment, but it seems clear that a growing number of capital market participants would prefer to deal with these potential issues as they arise, rather than face the certain risks of remaining invested in fossil fuel companies' unsustainable business models.

IW Financial is currently preparing a report that provides a closer look at how investors are quantifying financial risks associated with owning fossil fuel stocks. Additionally, our firm works closely with clients to design and implement divestment plans using any of the above concepts — from complete divestiture to incremental portfolio realignment. 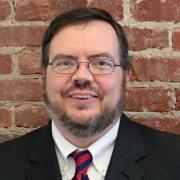 See all by Glenn Yelton