Heat-trapping hydrofluorocarbons are emerging as a new climate priority.

Representatives from more than 150 countries took solid steps in Geneva last week towards a global deal to phase down the super heat-trapping pollutants called hydrofluorocarbons (HFCs).

Countries committed in Dubai in November to reach an HFC deal this year under the Montreal Protocol, the treaty that saved the ozone layer. Meeting in the warm afterglow of the Paris Climate Agreement, the HFC negotiators worked out solutions to several key issues that divided them for nearly a decade.

The week began auspiciously as negotiators quickly got down to brass tacks in the HFC "contact group," formed last year after years of deadlock. Negotiators peeled off in productive smaller groups to tackle key problems.

The week’s top successes include a tentative deal on ways to give the world’s hottest countries confidence that they’ll have suitable alternatives for air conditioning. Many developing countries had been planning to replace R-22—an ozone-depleting hydrochlorofluorcarbon (HCFC) that is being phased out — with R-410A, an HFC with two strikes against it: It has high global warming potential (GWP) and poor energy efficiency, especially in very hot climates.

Emerging technical studies have identified lower GWP compounds with much better energy efficiency at high temperatures. Some air conditioners with these alternative refrigerants are already on the market — so-called split systems that safely use small amounts of mildly flammable refrigerants. Middle Eastern negotiators want a safeguard in case larger systems aren’t available before a phase-down schedule kicks in.

To meet these concerns, U.S. and Saudi delegates drafted a temporary exemption from HFC limits for so-called "high ambient temperature (HAT)" countries. A formula makes 34 countries (located in Africa and the Middle East, plus Pakistan and Turkmenistan) eligible for a four-year exemption, which can be renewed if needed.

Parties reacted positively to this proposal while leaving the door open for additional countries to demonstrate their own eligibility, subject to review by the protocol’s technological and economic assessment panel. Negotiators also agreed to allow short extensions of the 2025 deadline for phasing out HCFCs so that these countries can avoid switching to inefficient R-410A systems and leapfrog directly to safer alternatives.

Negotiators also forged ahead on revising rules for the Multilateral Fund (MLF), the Montreal Protocol’s vehicle for helping developing countries with HFC transition costs. They agreed on principles to guide funding the incremental costs of converting HFC-making and -using facilities to safer alternatives, and supporting service technician training and other critical capacities.

Developed countries reiterated their readiness to support these transition costs as part of a global phase-down agreement. A small informal consultation group on finance will continue working at an extra meeting before the next full-scale negotiating session in Vienna in July.

The parties also engaged on other key issues, such as intellectual property and energy efficiency. While India has been especially concerned about access to patented technology, two Indian companies recently announced plans to proceed with alternatives — one through a joint venture and the other operating under its own patents. Improving energy efficiency is crucial to meeting climate goals as demand for air conditioning and refrigeration expands in the developing world.

The meeting ended early Saturday morning with delegates calling for production of a negotiating text consolidating the four proposed HFC amendments put forward by India, island nations, the European Union and the North American countries. A consolidated text will allow ministerial-level officials to negotiate final amendment terms when they meet in Vienna in July and Kigali in October.

This week's progress demonstrates that an HFC deal can be reached this year. While the strength of that deal hangs in the balance, the opportunity is there for another big win for climate protection in 2016. 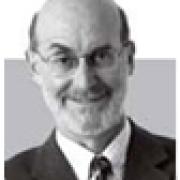