First in a two-part series on business risk and strategic duty.

My sustainability work over the past several decades has focused on value — discovering, generating and capturing the often-hidden value that can be revealed by looking at your business through the lens of 3.8 billion years of open source R&D (and not only the lens of a 500-year-old accounting scheme).

The currently obvious (and perhaps least understood) one is climate — the impacts of rising temperatures and seas, increasingly destructive storms and increasingly unstable weather on everything from flooding and infrastructure functionality to human health and migration, from supply chain stability to the viability of agriculture and even outdoor work (think construction) in many regions.

And those are just the uncertain risks. There are also the certain risks — what Salesforce senior vice president (and co-founder of scenario planning at Shell Oil) Peter Schwartz once called "inevitable surprises" — and unmonetized externalities.

There are also the certain risks — what Salesforce SVP (and co-founder of scenario planning at Shell Oil) Peter Schwartz once called 'inevitable surprises' — and unmonetized externalities.

Odds are none of this shows up in your financial statements, little in your 10-K and even less in your management reports and incentive systems.

In fact, as sustainability data expert Trucost has noted, few companies would be profitable if these costs had to be booked. As they don't have to be booked — neither under GAAP (the Generally Accepted Accounting Principles) or IFRS (the International Financial Reporting Standards) — most companies choose to ignore them and merely pay them lip service. Some, however (such as Puma and Unilever) choose to use this "second set of books" as an early warning system, a strategic guide that helps continuously identify where value and risk might appear, and continually develop flexible, adaptive strategies to prevent them — and, yes, profit from them.

But you know all that. Unfortunately, it's worse.

As my colleagues and I wrote in The Wall Street Journal 14 years ago ("Wishing Won't Make It So"): "The 'train wreck' [with regard to 40 percent of companies self-described as unready for WEEE] owing to many companies' failure to keep up with increasing global requirements for environmental performance — was completely avoidable. It raises concerns about the level of fiduciary duty exercised by business leaders who should have done a better job of seeing it coming, and of preventing it.… The challenge to senior executives and boards is to steer away from the collision course with a set of global trends that many have evaluated incorrectly."

That same year, Mark Van Clieaf and Janet Langford Kelly expanded this notion of fiduciary duty in "The New DNA of Corporate Governance (PDF)," highlighting the "'strategic duty' of directors for minimal process for good governance, and the all too common lack of robust, good faith, meaningful process for CEO selection, compensation and other issues."

The following year, Delaware Chief Justice Leo E. Strine Jr. concluded that the ultimate role of the corporation is to create "durable, long-term wealth," which he further characterizes as "societal wealth" and finally refines to "sustainable wealth."

And this year, BlackRock CEO Larry Fink surprised markets when he wrote: "Today’s culture of quarterly earnings hysteria is totally contrary to the long-term approach we need. ... We are asking every CEO to lay out for shareholders each year a strategic framework for long-term value creation."

Van Clieaf and Kelly take Strine's and Fink's challenges further, asserting: "Compliance and oversight constitute only a portion of a director's duty ... The ultimate goal of corporations is to continue to create wealth as a viable and growing entity for the long term; directors have a proactive responsibility to ensure that the corporation they serve has those processes and metrics in place — including strategic and financial plans — that they believe will accomplish this end. In other words, they have a 'strategic duty,' not just a compliance duty."

Compliance and oversight constitute only a portion of a director's duty ... The ultimate goal of corporations is to continue to create wealth as a viable and growing entity for the long term.

They observed more recently, "If you extrapolate from these documents and case law and the COP21 agreement, then some 90 percent of the world's business models must be transformed to net-zero GHG business models by 2050."

This major transformation for the planet also requires major transformation in the ways we do business. The demands going beyond compliance, beyond business as usual, beyond scenario planning, to rethinking fundamental business models and developing "transformation strategies" and plans, innovation roadmaps, R&D and capital investment plans, succession plans, long-term incentive design and more, to get to 95-plus percent "clean" — for power, mobility, food and fiber systems, buildings and cities — to both thrive and be agile in the carbon-constrained world that is likely to be upon us this century. And it demands to do so in face of unprecedented uncertainty in global technology, policy and financial landscapes.

This is not just geeky sustainability scuttlebutt, but a window into substantive/material economic weakness and risk. Consider:

So what? The short-term, myopic focus of "quarterly capitalism" fails. Its financial impacts are already visible — and are not small. Despite their narrow focus on generating total shareholder return (TSR):

Who cares about this? Well, your shareholders do. Or will. (Especially allegedly long-horizon shareholders such as pension funds and insurance companies.) Investment managers — starting with those responsible for the $15 trillion of assets under management (AUM) with an ESG focus — do, and more will. Your employees, your customers and your family do — as does your own heart and soul, if you dare to tell yourself the truth and dare to drop the pervasive myth that values and value need to be in conflict.

Who cares about this? Well, your shareholders do. Or will.

As do the recent — and thus far voluntary — recommendations from the Task Force on Climate-related Financial Disclosures (TCFD). "As of Dec. 12, an estimated 237 companies from 29 countries — with a combined market capitalization of more than $6.3 trillion (PDF) — publicly had committed to supporting the TCFD recommendations. Among them were 150 financial firms responsible for assets of $81.7 trillion, such as Bank of America, BlackRock and Citigroup."

TCFD is a big step in the right direction, as is its call for 2 degrees Celsius scenario analyses. But as Preventable Surprises and Reporting 3.0 argue, the urgency of the climate crisis demands more decisive action, such as "transition plans" to new business models aimed at net zero GHG emissions by 2050.

AEP is one company that has built a Business Model Transition Plan Report. But as Preventable Surprises CEO David Murray summarized at a recent international dialog hosted by Reporting 3.0's New Business Models Blueprint Working Group (of which I’m a member): "It's possible that AEP's transition plan will be held aloft as 'best in class,' but sadly it also seems that on some critical points — e.g. no commitment to net-zero emissions — 'best in class' [is not]…good enough to sufficiently tackle the systemic risks associated with the climate crisis."

Here's the bad news: The risks and uncertainties that will confuse and misdirect most companies will provide significant business, innovation and investment opportunities to those who understand and embrace them. As Chauncey Bell and I wrote nearly 10 years ago: "Your business is on a collision course with a set of global shifts that almost no one has adequately prepared for. These 'inevitable surprises' are coming fast. For those who are ready, these shifts will be platforms for change; for those who are not ready, they are traps."

Your business is on a collision course with a set of global shifts that almost no one has adequately prepared for.

Van Clieaf and Kelly go further: "Lack of governance processes for most of this will be a 'systemic breach' of duty of loyalty, duty of care and the Strategic Duty of Directors. The Directors could be at risk of having to be personally be liable for any shareholder losses."

Here's the good news: "Thar's gold in them thar 'ills." McKinsey and Co recently estimated the financial impacts of short-term-ism. "From 2001 to 2014 the revenue of long-term oriented firms cumulatively grew on average 47 percent more than the revenue of other firms, and with less volatility. Similarly, on average, the earnings of the long-term firms grew 36 percent more over this period than those of other firms, and their economic profit was 81 percent higher by 2014."

What then is to be done? How will you and your organization build these platforms and strategic leadership capacity for change and business model transformation, and then build and execute effective strategies on those platforms? How will you build the transition and transformation plans that will be required of your company and your industry? How will your leaders begin to understand their barely recognized strategy duty, their known but poorly understood fiduciary duty, as well as their familiar compliance duty?

I'll address these questions, and offer specific suggestions for action, in the weeks and months to come. 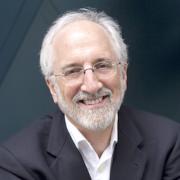