In space, every molecule potentially plays a role in human exploration — even the carbon dioxide prevalent in the atmosphere of Mars. In the future, with help from citizen scientists, those carbon dioxide molecules could help deliver a wealth of products essential for living and working on Mars.

As NASA readies for Artemis missions to the Moon, the agency and its partners are also paving the way for long-term exploration of the Red Planet by seeking innovative solutions for converting the carbon dioxide from Mars’ atmosphere to sugars using non-biological technologies. These sugars then can be used to "feed" sophisticated microbial bioreactors to biomanufacture a wide array of mission-essential products such as foods, nutrients, medicine, polymers and fuels.

It’s a natural solution, given the prevalence of the major necessary atoms — carbon, oxygen and hydrogen — in the atmosphere and potential surface water of Mars.

Now, NASA’s CO2 Conversion Challenge, part of the agency’s Centennial Challenges, is inviting independent researchers and teams from academia, industry and the public to develop new technologies for rapidly converting CO2 into useful sugar molecules such as glucose.

Those glucose molecules — the preferred feedstock for microorganisms typically used in commercial biomanufacturing systems — are commonly derived from Earth-based plants, including sugar cane. Such an approach for long-term spaceflights and extended stays on the moon and Mars would require large, dedicated agricultural units and associated processing systems to manage the air, water and power needed to cultivate the plants and extract the feedstock.

Developing an efficient CO2 conversion system for implementation on Mars and other worlds rapidly and cost-effectively could produce sugars for in-situ biomanufacturing —helping humans to live, work and survive across the solar system, self-reliant, without the need to haul heavy, costly supplies from Earth.

Such a breakthrough could even revolutionize sustainable manufacturing here at home, supporting the production of life-sustaining materials and products from industrial emissions and even the CO2 in Earth’s atmosphere. Companies interested in such technologies are already consulting with challenge participants to learn more.

During Phase 1 of the CO2 Conversion Challenge, roughly 60 teams nationwide submitted system designs; detailed their proposed conversion process and explained how the system would be fabricated, tested and operated in space. In May, NASA awarded five teams a total of $250,000 for their designs.

Teams competing in Phase 2 must build a physiochemical system that uses carbon dioxide as the sole carbon source, and demonstrate non-biological production of one or more of these target molecules: D-glucose or other 6-carbon sugars (hexoses); 5-carbon sugars (pentoses); 4-carbon sugars (tetroses); 3-carbon sugars (trioses); or glycerol. 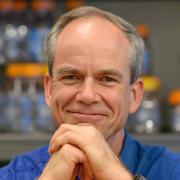 See all by John Hogan