Optimism. Frustration. Accountability. Action. Inclusivity. Those are the unifying themes of Climate Week 2019.

2050 is looming, and dozens of businesses are adopting more aggressive, short-term reduction targets, science-based Scope 3 goals that include their supply chains, and more concrete strategies for meeting the Sustainable Development Goals.

But the stark reality is that the world needs thousands more companies of all sizes and across all industries to do the same, according to the increasingly grim data on the warming planet.

"The best science, according to the Intergovernmental Panel on Climate Change, tells us that any temperature rise above 1.5 degrees [Celsius] will lead to major and irreversible damage to the ecosystems that support us," said United Nations Secretary-General António Guterres in remarks prepared for the United Nations Climate Action Summit last week in New York. "Science tells us that on our current path, we face at least 3 degrees Celsius of global heating by the end of the century."

And as Swedish firebrand Greta Thunberg and millions of schoolchildren are urging with increasing frequency, the adults — especially elected officials and those in positions of corporate power — should be held accountable for their inaction. 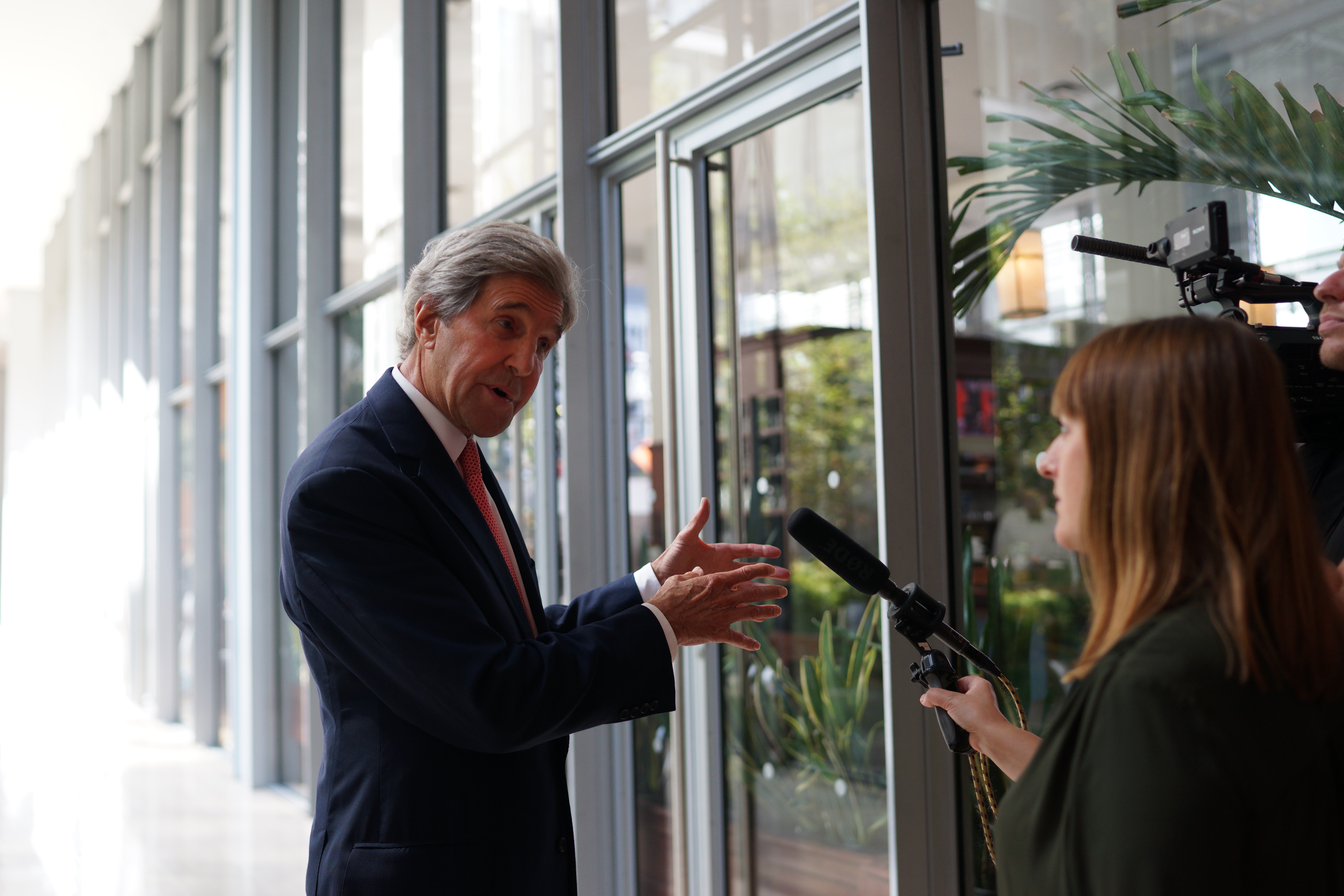 "It is up to us in positions of responsibility to act with greater speed than we are now," former Secretary of State John Kerry, the lead U.S. negotiator on the Paris Agreement, told assembled business and government leaders during the opening ceremony of Climate Week in New York. "We need to aggregate our efforts like never before, recognizing that the business community can lead like no other."

Welcome to "World War Zero," as Kerry has branded a new campaign — to be launched more formally in coming weeks — that unites grassroots activities with influential, international leaders including Kerry, former Environmental Protection Agency chief Gina McCarthy and former U.S. Secretary of Energy Ernest Moniz. The aim is simple: identify obstructionists who are holding up progress, and make those names known loud and clear.

"We need to create political accountability," Kerry said. "We are building an army of experts from the United States and abroad. We will isolate those who don’t support [action]."

(Some) companies do their part

Against the snarl of United Nations traffic and protesting climate activists young and not-so-young, Kerry’s words underscored the frustration many familiar marshals of the corporate climate offensive often express privately. It also gave them more ammunition to fuel their own offensives in what will be a long-fought war.

Leading the advance were close to 90 companies that have stepped forward in collaboration with the U.N. Global Compact to pledge science-based targets for holding rising global temperatures to 1.5 degrees Celsius and that will position their operations — including their supply chains, a far more complicated proposition — to become net-zero by 2050. Essentially, their aim is to beat the mandate of the Paris Agreement, because national governments are falling down on the job.

It is up to us in positions of responsibility to act with greater speed than we are now.

The proclamation was part of a campaign launched over the summer. A number of the companies already have had their more aggressive goals approved by the Science Based Targets initiative (SBTi) including familiar names such as Hewlett Packard Enterprise, Intuit, Levi Strauss, SAP, Schneider Electric, Sodexo and Unilever. But, realistically, it will take the concerted efforts of thousands of companies, especially those in industries that have been slow to take action — aviation, shipping, mining, industrial processes and, of course, the oil and gas companies — to make a meaningful impact.

"Warming beyond 1.5C is a calamity we simply must not risk," Andrew Steer, an SBTi board member and CEO of the World Resources Institute, said in a statement. "Science-based targets provide a blueprint for companies to make a clear contribution to meeting the goals of the Paris Agreement, but we need all hands on deck. There is not a moment to lose."

Although it wasn’t explicitly named in the U.N. press release, Microsoft stepped forward last week with a 1.5 Celsius commitment, announcing a new SBTi-certified target to cut the emissions associated with its supply chain by at least 30 percent by 2030.

It’s also talking up carbon-neutral products, starting with a pilot centering on 825,000 of its popular Xbox consoles. For now, at least, the validation for those claims will come through purchases of renewable energy certificates (RECs) and carbon offsets, said Microsoft Chief Environmental Officer Lucas Joppa. 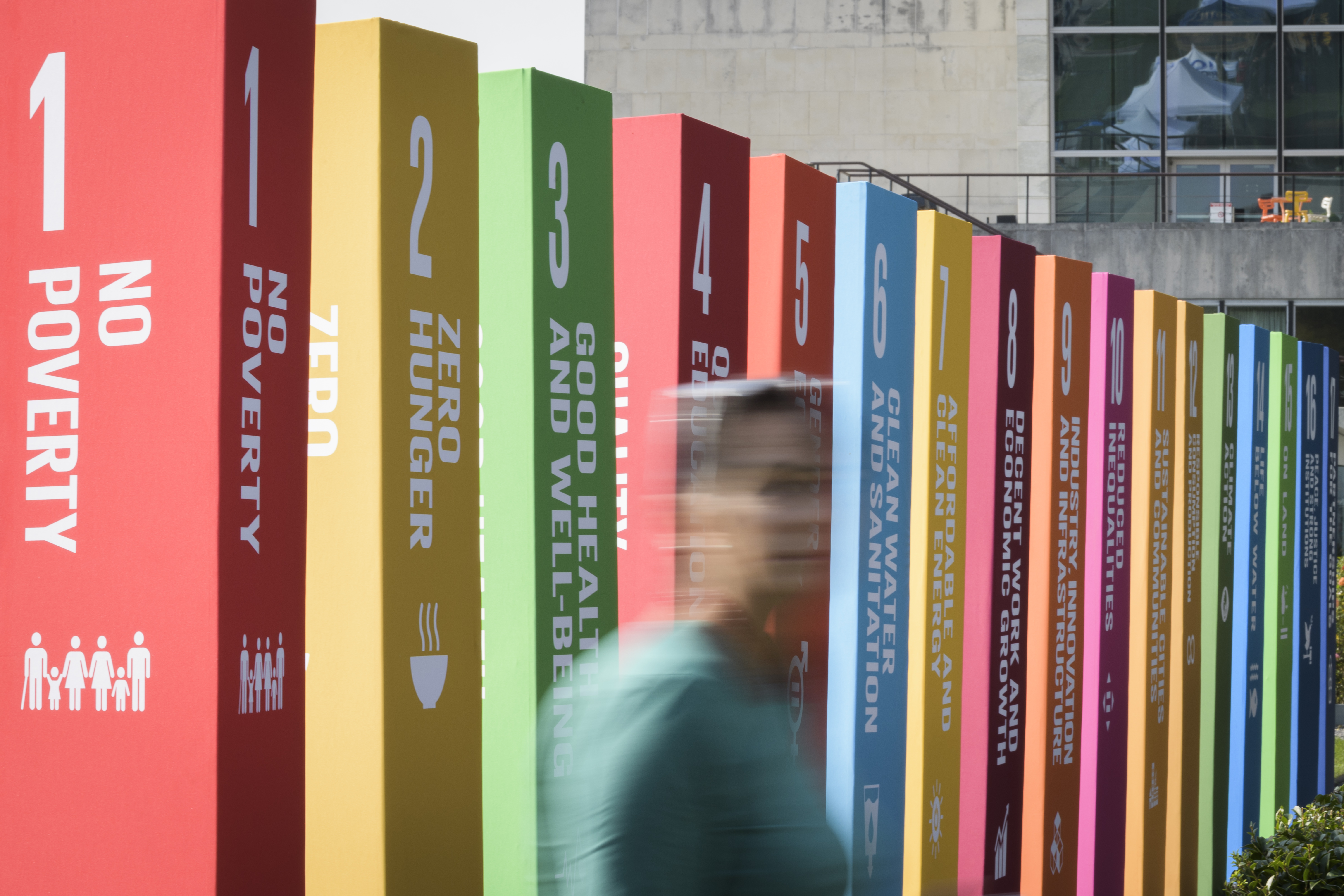 Another date on the minds of world and business leaders this week was 2030, the year by which the United Nations hopes to announce victory on the Sustainable Development Goals (SDGs), its 17-priority framework for encouraging a global shift to a more inclusive, prosperous and sustainable world. So far, though, progress has been pretty abysmal, according to a flurry of reports issued during Climate Week.

An ongoing index issued by Social Progress Imperative suggests that if action continues on the current pace, the world won’t meet all of the SDGs until 2073. The country making the most significant progress is Norway and the best-performing G7 nation was Germany, followed by Canada, Japan, the United Kingdom and France. (The United States slipped to No. 15 overall this year.)

A study of 1,000 CEOs by Accenture and the U.N. Global Compact revealed that just 21 percent of them believe that businesses are playing a "critical role" in contributing to the SDGs, although almost three-quarters believe there’s still time to mobilize. To be clear, the surveyed CEOs were all from companies that are members of the Global Compact.

Jessica Long, managing director of strategy and sustainability for Accenture, said she was somewhat surprised about how much the CEOs wanted to talk about what she described as responsible leadership. "For CEOs to say we need to focus our economic systems on equitable growth was really different," Long said.

The biggest obstacle to doing so, however, was "political durability," she said. There are many regions, including India, the United States and China, in which policy uncertainty is reducing or installing the corporate world’s ability to embrace long-term strategies.

Any business connected to a location in another part of the world should be thinking seriously and deeply about the SDGs, and more organizations are beginning to consider them more strategic — although primarily as a risk assessment exercise, noted Mekala Krishnan, senior fellow at the McKinsey Global Institute.

"The private sector is picking up the mantle. There is more awareness, more interest in thinking beyond the four walls" of a company’s own operations, she said.

The entire framework of new goals adopted in June by Pernod Ricard, maker of Absolut, Jameson and Malibu, was mapped against the SDGs, Vanessa Wright, vice president of sustainability and responsibility for the wine and spirits company, told GreenBiz in August. The goals set a "wiser global agenda" for reporting, human rights and the supply chain.

"It gives us targets that are bigger than our own," Wright said, while adding that one challenge has been to decide what information to collect and disclose about non-financial actions. 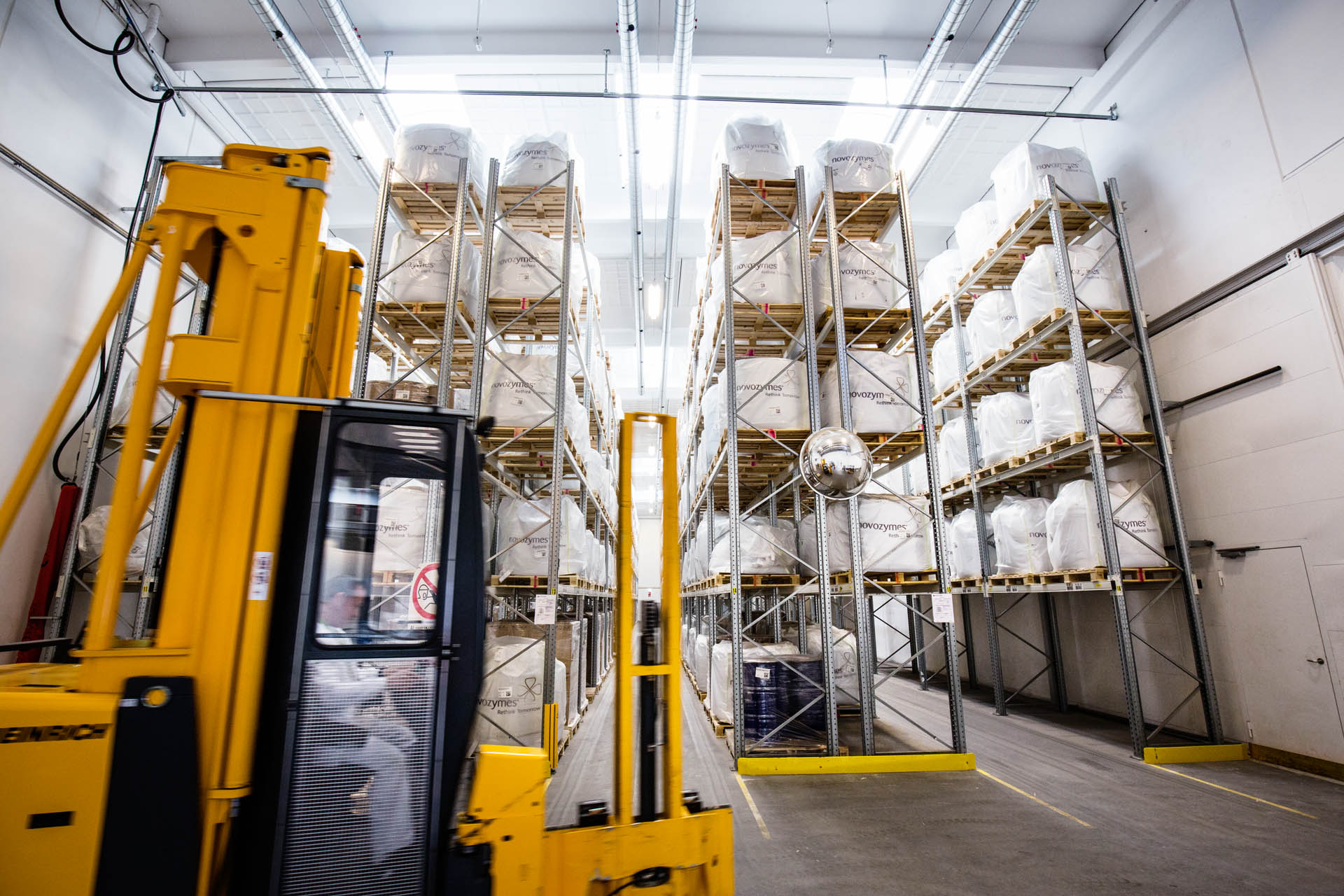 Danish company Novozymes, which became the first company to align its entire company with the SDGs back in 2015 and was a founding corporate member of the U.N. Global Compact, purposely chose to concentrate on opportunities-related goals where it could make a demonstrable, positive impact — such as zero hunger, quality education, clean sanitation and water, affordable and clean energy, climate action and partnerships — and to consciously avoid doing harm everywhere else, Novozymes CEO Peder Holk Nielsen told GreenBiz.

"We have the general philosophy that companies are not just here to make returns to their owners but also to create value for society and human beings in general," he said. "It has never been hard for us to see whether helping societies and human beings is something we can use to drive our business."

The power of partnerships

Asked to reflect on Climate Week, Nielsen said that he was struck by the companies that didn’t show up with a major presence in New York. Few Chinese or Asian companies were on the official attendance lists, although several large Indian multinationals were a core part of the program organized by the Climate Group. Even the host country, the United States, wasn’t strongly represented.

"We need to work harder to make sure more companies are involved," Nielsen said.

Indeed, if there’s one SDG that every business needs to support, it’s No. 17, Partnerships for the Goals, a theme that was the subject of a thoughtful analysis in fall 2018 by Alan Pierce, a social entrepreneurship consultant and educator from Colombia. That’s the goal that addresses the financing, technology, capacity building, trade concerns and systemic economy issues that need to fall into place before the other goals really can be accomplished.

We need to work harder to make sure more companies are involved.

It’s also the goal that will turn competitors into frenemies, and that reminds us that we need to ensure that all players are included in the dialogues and solutions.

That won’t be easy. Days before Microsoft announced its more aggressive climate action strategy last week, the company revealed a collaboration with Chevron and Schlumberger to develop software aimed at accelerating petrochemical exploration. That disclosure inspired a letter by Microsoft employees concerned about the "millions of dollars" in business that the software company derives from fossil fuel companies. They want Microsoft, and rivals Google and Amazon for that matter, to walk away from that business.

When asked for comment, Joppa said isolating entire industries isn’t the answer during what will be a complicated journey.

"The path from 2019 to 2050 is going to be an interesting and winding one,” he said. “I think that when we get there, some of the companies that will have played a transformative role in the transition will be companies like Microsoft. But they will also be names like some of those that operate in oil and gas. We, as a tech company, have to find a way through those relationships so that we are pulling together toward that. It’s an interesting and winding path. We are finding our way through this right now."