A national meat tax may be on the menu

Some countries have proposed taxing meat to reduce consumption for health reasons and to help the climate.

If Americans and people in most other developed countries ate according to their nationally recommended dietary guidelines, they would consume less red meat and reduce greenhouse gas emissions that are fueling climate change, new research shows.

But the world’s consumers don’t always eat what their government nutritionists tell them. So it might take a little more prodding — and that prodding could be on the way.

This week, the two-year-old investment network Farm Animal Investment Risk and Return (FAIRR) released a report saying that countries could begin taxing meat — the way they tax sugar, alcohol or tobacco — to drive down consumption and to hit their carbon emissions targets under the 2015 Paris climate agreement.

A few countries, including Germany, Denmark and Sweden, have considered behavioral, or "sin taxes," on meat, but the taxes haven’t yet gained support. This type of tax aims to cut meat consumption for health reasons — reducing the healthcare costs associated with a high-fat, animal-based diet — as well as for environmental reasons.

"Agriculture emissions alone will be so high by 2050, that that alone will push temperatures above 2 degrees," said FAIRR Director Maria Lettini, referring to the target set in Paris of limiting warming to at most 2 degrees Celsius above pre-industrial levels. "We think, in the absence of other interventions, this is one that should be in the basket of tools."

Agriculture emissions alone will be so high by 2050, that that alone will push temperatures above 2 degrees.

FAIRR has a clear objective of steering its investor network, which it describes as managing $4 trillion in assets, away from factory farming over animal welfare concerns. Its report acknowledges that the concept of a meat tax is "at an embryonic stage," but stated "it is on a clear path that ends with taxation in some form."

"We do see some similarities with what happened with sugar and tobacco," Lettini said. "Because investors are always worried about what’s coming down the pipeline in terms of regulation." At least 16 countries recently have imposed taxes on sugar, for example, the report stated.

Lettini conceded, "This is not going to be without contention" — a view echoed by agricultural economists in the U.S.

Currently, to the extent that countries influence how their citizens eat, they issue voluntary nutrition standards, and increasingly those standards — particularly in developed countries — are calling for a reduction in red meat consumption to varying degrees.

A report issued earlier this month by researchers in the Netherlands took the first country-by-country and overall look at the greenhouse gas reductions — or potential increases — if consumers actually followed those guidelines.

The research, published in the Proceedings of the National Academy of Sciences, looked at the average diets of people in 37 countries, representing 64 percent of the world’s population, and compared those diets to the government-recommended diets. The researchers put that information into a massive database that allowed them to track the environmental impacts of producing food through the supply chain, from growing to transporting it.

The lead researcher of the study, Paul Behrens of the University of Leiden, and his colleagues found that adhering to government-recommended diets could lead to a drop in emission of up to nearly 25 percent in high-income countries, including in the U.S. (In lower-income countries, if consumers hewed to the dietary recommendations, emissions could go up because some developing countries’ recommendations urge more protein intake because of higher levels of malnutrition.)

Adhering to government-recommended diets could lead to a drop in emission of up to nearly 25 percent in high-income countries, including in the U.S.

Still, Behrens said, only four countries in his report mention environmental impacts in their nutritional recommendations, with Sweden’s the most progressive.

The U.S. Department of Agriculture’s Dietary Guidelines, for example, make no mention of the environmental impacts of diet, despite discussions to factor in "sustainability" as the last version of the guidelines was being developed. This, critics said, was largely because of pressure from the meat industry.

"It’s fairly well-known now, by the public and policymakers, that beef has huge environmental impacts," Behrens said. "There may be a reason why some countries that have this in their guidelines don’t have those powerful groups."

The discussion comes as global appetite for animal-based food is soaring along with growing incomes in some countries, notably China. From 1993 to 2013, demand for animal products globally rose 62 percent, although population only rose 29 percent, Behrens' report stated.

As consumption goes up, animal agriculture — and agriculture more broadly — is becoming a bigger part of the conversation around climate targets. Food production accounts for as much as 30 percent of all greenhouse gas emissions, including land use, deforestation, transportation and food waste; and livestock for about 14.5 percent.

As consumption goes up, animal agriculture — and agriculture more broadly — is becoming a bigger part of the conversation around climate targets.

At the international climate talks last month in Germany, agriculture-focused sessions were more prominent than in previous rounds.

"People are taking climate very seriously in agriculture," said Bruce Campbell, director of the research program on climate change, agriculture and food security for the Consultative Group on International Agricultural Research (CGIAR), which tracks how many countries have focused on agriculture in their plans to meet the Paris targets. 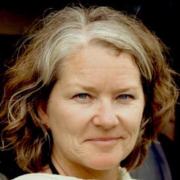 See all by Georgina Gustin