Necessity vs. Indulgence: The Case for Offsets

Reducing emissions in the United States is vitally important to achieving this decoupling. Unfortunately, even with a concerted national effort to capture all the benefits of energy efficiency and low-carbon technologies, the U.S. is projected to reduce its greenhouse gas emissions by only 3 gigatons of carbon dioxide equivalent (CO2e) in 2030, according to a recent McKinsey study. This would put U.S. emissions slightly above 1990-levels, making the necessary 80 percent reduction required by 2050, which is called for by the world's leading climate scientists, nearly impossible.

Given the nature of business and human behavior, without incentives or penalties, the vast majority of these gains will not be realized. State, federal and international regulation will ultimately be needed to drive emissions from the economy. The political will to impose pain on our fragile economy, however, is scarce. Yet scientists are calling for urgent action.

-- Offsets expand the range of reduction opportunities for achieving stretching targets while reducing the cost burden of doing so. Recent economic analyses (January 2008) prepared by the U.S. Environmental Protection Agency (EPA) point to the effectiveness of offsets in containing costs. An analysis of the Low Carbon Economy Act of 2007 (S. 1766, a.k.a. the Bingaman-Specter cap-and-trade bill) concludes that allowing the use of unlimited international credits and offset projects lowers the cost of achieving emissions goals by 65 percent while the effect of climate change reductions on GDP improves by 60 percent.

-- Carbon credits create a source of financing for technologies and projects whose sole purpose is to reduce greenhouse gas emissions. Given the limited opportunity for generating revenues, these projects would likely not get built without this economic incentive.

-- For projects whose primary purpose is something other than reducing emissions, such as generating electricity, carbon credits incentivize companies and developers to design projects in a way more favorable to the environment. A project that might otherwise be built "brown" (i.e. a coal-fired power plant) can be built "green" (i.e. a wind turbine) because the economics make sense due to the market for carbon credits. -- An active carbon market encourages fewer of those activities that produce the most carbon emissions, relative to their economic benefit. Companies that become more efficient can sell extra carbon credits while conversely, others can buy the credits if their emissions will increase from growing their operations. The market for carbon credits therefore optimizes the productive value of greenhouse gas emissions in the atmosphere.

-- The use of markets to achieve environmental goals has already been proved effective. The U.S. Acid Rain Cap & Trade Program achieved a 35 percent reduction in SO2 from 1990 levels. The EPA called it "an effective and efficient means of meeting emission reduction goals under the Clean Air Act."

Yet despite their growing use, carbon offsets remain misunderstood. Some view offsetting as a way of buying your way out of a problem -- at best a self-imposed tax, at worst a form of indulgence by paying for your sins while doing nothing about them. The fact is offsets and indulgences are very different.

The tendency to confuse them reflects a fundamental misunderstanding of climate science. Once emitted, greenhouse gases distribute around the global atmosphere very quickly. This means that, from the atmosphere's perspective, it does not matter where greenhouse gases are emitted, nor does it matter where they are prevented. The only thing that matters from the perspective of avoiding climate change is reducing the total amount of emissions and doing it cost effectively. So whereas indulgences were instruments for assuaging personal guilt, carbon offsets are a public good that reduce greenhouse gas emissions for everyone.

Therefore, companies should identify and offset unavoidable emissions from the get-go (from air transport, for example), and use the price of carbon to guide operational or capital investment programs to deliver those internal reductions for which the marginal cost of abatement is lower than the market price for quality offsets.

This approach spurs carbon financing of reductions across the global economy, and that is a good thing.

Jem Porcaro is senior vice president of advisory services at the CarbonNeutral Co. He has also served as an energy analyst with the Sustainable Energy Programme at the United Nations Development Programme. 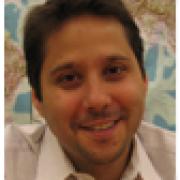 See all by Jem Porcaro