The Sustainable Development Goals (SDGs) were adopted in 2015. Immediately, efforts were made to assure acceptance by governments, civil society organizations and the private sector, in particular, because the latter’s potential contribution largely was neglected during the development of the Millennium Development Goals.

The United Nations Global Compact was charged with spearheading those efforts under the name Agenda 2030. To achieve the SDGs, the U.N. Global Compact has sought significant private sector participation through conferences, summits, advisory committees and communications extolling the business opportunities related to engagement, among other things.

The efforts to achieve acceptance of the SDGs have spawned an industry of academics, consulting firms, rating and reporting agencies, financial institutions and other agencies to promote them. Along the way, some organizations have begun to view the SDGs as a way to profit; others have looked to them to enhance their reputation.

Indeed, the sustainability support industry has seen in the SDGs a large source of revenue and has produced strategic guidance on how to facilitate the adoption of the SDGs, on how to report contributions, on the business benefits and on the status of implementation, and offering the corresponding consulting services.

Some firms report actions that supposedly contribute to their achievement that are either unrelated, will have minimal impact or are part of their regular activities.

These efforts and the concomitant pressure to deliver on the SDGs are well-intentioned. But some firms report actions that supposedly contribute to their achievement that are either unrelated, will have minimal impact or are part of their regular activities. Others are using their organization’s support for the SDGs to sell their products, misleading the public as to their company’s actual impact on sustainable development.

The potential for greenwashing

This "SDG greenwashing" is happening in two major areas: reporting and finance.

As many of the 17 SDGs and their 169 targets are very vaguely worded and cover almost every conceivable activity carried out by governments, companies and other institutions, they lend themselves to abuse and exaggeration.

Almost anything that companies have been doing and will do can be said to contribute to the achievement of some SDG. This is a fertile ground for greenwashing. Even though indicators are being developed, in most cases they fail to meet the basic criteria of "complete, concise, controllable, measurable and understandable."

For example, SDG 12.2 urges: "By 2030, achieve the sustainable management and efficient use of natural resources," the indicator being "Total and per capita resource consumption." Or SDG 12.5 encourages: "By 2030, substantially reduce waste generation through prevention, reduction, recycling and reuse," with the indicator "National recycling rates and tons recycled."

When will these targets be achieved? What is sustainable management or substantial reduction?

The U.N. Global Compact, other U.N. agencies (PDF) and other institutions (PDF) have produced guides for reporting SDG contributions in order to collect information that shows progress towards their achievement, but these guides may have the undesirable effect of encouraging reporting of activities that may be irrelevant. Some firms are including SDGs within traditional sustainability reports. These efforts do lead to more reporting of SDG-related activities, but what is critical is not what is reported but what is actually done. Reporting does not mean relevant action.

Many times, activities that were under way before the SDGs were adopted — and that would continue regardless of the SDGs — are included in this reporting. It’s not hard for a company to say it contributes to an SDG related to reducing poverty, for example, when it has programs to raise levels of employment in low-income communities. Or to say it has contributed to the goal on climate action, when it has enhanced the efficiency of some electrical motors.

This is potentially good news, but unfortunately, there are big gaps between reporting and action. In another report, where 63 percent mention the SDGs, 39 percent map specific activities to them and only 19 percent reference quantitative targets. Even more important is the actual impact on the ground. It is not the donation to the school that contributes to sustainable development; it is the transformation achieved in the students.

Almost anything that companies have been doing and will do can be said to contribute to the achievement of some SDG. This is a fertile ground for greenwashing.

As an example of what might be reporting-related greenwashing, consider the case of Telefónica, a multinational communications company in Spain. The company, cited as an example of excellence in SDG reporting, reports contributions to 12 of the 17 SDGs. It does emphasize that the critical goal is SDG 9 (Industry, innovation and infrastructure), for which it mentions penetration of its network services and smartphones, but this is simply its regular business. Telefónica also reports contributions to 11 other SDGs, including its traditional gender equity activities, policies against discrimination and spending on social and cultural activities, which is what has been doing all along, even before the SDGs were adopted.

One issue that has attracted the most attention regarding the SDGs is financing, in particular, green investments that contribute to the achievement of the goals related to climate change.

Before the advent of the SDGs, those sorts of investments were considered regular project or investment finance — now they are marketed as SDG-related finance. In many cases, the financing is not incremental, it is simple relabeling or repackaging of traditional activities.

For instance, HSBC issued a $1 billion "first" SDG finance bond (automatic PDF download), supposedly to finance projects that contribute to seven of the 17 SDGs. In reality, it can package all projects that it traditionally finances with some relation to sustainability as SDG-related and use all or part of the bond proceeds for those regular activities. Money is fungible. Moreover, it can market the SDG bond to socially responsible investors.

Other notable example of greenwashing are the recent "SDG linked bonds" issued by Enel, the Italian electricity company.

In the presentation to investors (PDF) (no prospectus was produced) of the first bond for the U.S. market, Enel says that the bond will contribute to four SDGs: No. 4 (education); No. 7 (clean energy); No. 8 (employment); and No. 13 (climate change). In the second and fourth cases, the contributions will come, presumably, through an increase in the share of electricity generation that will come from renewable sources, going from 46 percent during the first half of 2019 to 55 percent at the end of 2021. If Enel does not achieve this share, the bond will have to pay an extra 25 basis points. It will be verified by Ernst and Young.

Notice that there is no commitment to invest in renewable energy, only to increase the share, which can be achieved through a combination of means, including the purchase of an existing renewable generator, which would not increase renewable capacity in the world. It also must be noted that this is a general-purpose bond, with no commitment to invest the proceeds in renewable energy, it was issued to cover the general financing needs of the company. And notice that the bond is linked to the SDGs on the liabilities side (cost of the bond), but not on the assets side, commitments on investments to be made, which is what matters to the achievement of the SDGs.

The presentation also states that the bond will contribute to increased access to quality education for 1.4 more million people and increased access to employment for 6 million more people, over the next 10 years. For these two SDG contributions, there is no justification nor any commitment. Enel’s investor relations were unable to explain to this author the base, how these improvements are a consequence of the SDG-linked bond, and how will these results be measured.

These "contributions" to the SDGs seem to be part of the regular activities and Enel's strategy of diversification of sources of energy, pushed by the market, not because it made the conscious decision of contributing to the SDGs. But this was used to market the bond to socially responsible investors, seeking a broader market for their bonds and a discount over the price of regular bonds.

Allowing and, worse, promoting something like "linked" to the SDGs is an invitation to greenwashing. "General purpose" and "linked" are words that invite suspicion. What is needed is a verifiable commitment, such as the one required of green bonds.

It seems as if many companies look at the 169 targets and then do an inventory of their existing activities, match them to some of those targets and then produce an SDG report on contributions.

Why didn’t Enel issue a green bond? Had it done so, it would have had to follow some generally accepted principles, such as those of the International Capital Markets Association, which despite some weaknesses are much stronger than the mere "links" to SDGs. And a green bond does commit the issuer to use the proceeds in a "green project." The issuer must define the project to be financed and how it is green, specify the process to be used to evaluate and select the projects, how the funds will be managed, and present reports on their use. Compliance with the principles is normally assessed by independent verification agencies. Enel’s bonds aren’t required to follow these principles; they are only required to show some relationship to some SDGs.

Is this a legitimate contribution?

We would suggest that in order to be reported as legitimate SDG contributions, a company should be able to positively answer the following five questions:

It is not in the interest of most companies to uncover these anomalies. U.N. Global Compact wants to be able to report as large a "contribution" as possible, and it is not in the business of checking the legitimacy of initiatives. Companies like the benefits that come from greenwashing, especially if costs are low or nonexistent. But in the aggregate, they cannot afford the loss of trust of society. And society needs legitimate efforts to achieve sustainable development

There is a need for an independent institutional arrangement to call out companies that are greenwashing their SDG commitments. This would have an immediate effect of enhancing legitimate contributions to the SDGs and preventing the most egregious forms of greenwashing. Unfortunately, such an arrangement also would reduce the level of reported contributions to the SDGs, and make it appear as if they are farther from achievement.

Those that abuse the system must be named and shamed to preserve the reputation of those that legitimately contribute to achievement of the SDGs, and to stimulate the participation of others. 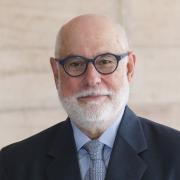 Are your ESG investments ‘sustainable grade’?

Is harmonization of reporting standards possible or even desirable?

See all by Antonio Vives