This article was originally published by the Worldwatch Institute.

Ben Kneppers paused as he strolled around a music festival in Santiago, Chile. In front of him was a booth where local kids could repair damaged skateboards, making them ride-able again rather than throwing them away. Kneppers, an environmental consultant originally from Massachusetts, was impressed by the project. And as an avid boarder himself, he admired the kids gliding and kick-turning along a stretch of pavement with their refurbished boards.

Then he got an idea.

He and two friends had been talking for months about finding a way to address the issue of plastic pollution in the world’s oceans by starting a business making products out of that trash. “I thought, ‘Wow, maybe skateboards could be our product,’” he said. “It would be a great tool for educating the younger generation on this issue.” 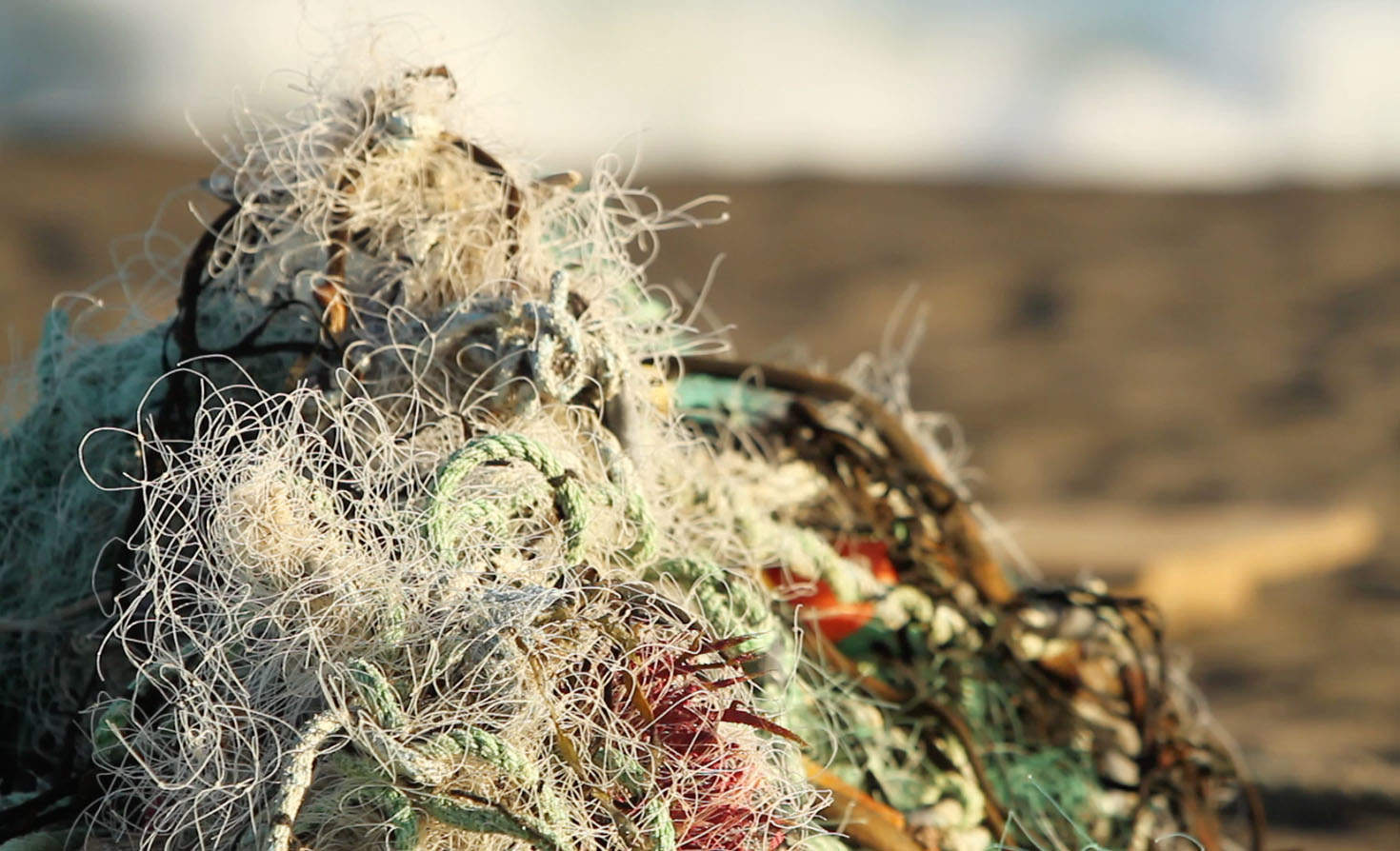 Fast-forward 18 months. Kneppers and his business partners, Dave Stover and Kevin Ahearn, have started a skateboard company they named Bureo, which means “the waves” in Mapudungun, the language of the Mapuche, the native people of Chile. They recently shipped their first batch of skateboards, the Bureo Minnow Cruiser, to select shops in California, Chicago and New York.

What makes the Minnow different from dozens of other skateboards is that it’s built from trash. The board’s 25-inch skatedeck is made out of recycled plastic fishing nets. What makes Bureo different from most companies is that it’s just as focused on its recycling mission as it is on selling its product. Kneppers, Stover and Ahearn — who grew up near beaches in the United States — formed the company with a mission to do something positive to address the growing problem of ocean plastic pollution.

“As surfers who have spent our lives around the ocean, we have a deep connection with the ocean,” Stover said. “We needed a product that would support our idea for a sustainable collection and recycling program and make a skateboard fit our mission to address this problem in a positive way.”

The group decided to focus on recycling fishing nets because 10 percent of the ocean’s plastic waste comes from fishing gear and because the nets can harm marine life: dolphins, sea turtles and seals can get tangled in them and often die. Chilean fishers typically dump worn nets in the ocean because disposing of them is costly; landfills are privately owned in the country and getting garbage to them requires paying for a truck to haul it away. Kneppers was quick to add that the net littering is not just a Chilean problem. “When we were doing our research,” he said, “we talked to people in California and on the East Coast, and everyone’s admitted to doing it at times for convenience.”

He and his business partners created a program they call Net Positiva, Chile’s first fishnet collection and recycling system. They distributed collection bags in three villages and offered to compensate the local fishers’ organizations for every kilo of recycled nets; the groups then could distribute the money to their members. “We collected over three tons in the first six months,” Kneppers said. “We hope to soon extend the program to three more locations, as the whole model is designed for scalability.”

The idea for a recycling program came before Kneppers had his moment of inspiration at that music festival in Santiago. He and Stover were roommates while they were working in Australia in 2011. Both are avid surfers, and they often stayed up late talking about how to tackle plastic pollution in the oceans — something they were reminded of each time they headed into the surf. (Ahearn, also a surfer, joined them later when they realized they needed a designer.)

Once they had a product in mind, the hard part followed: how to actually make their dream a reality. They went to Kneppers’ alma mater, Northeastern University, which runs a program for potential entrepreneurs. The university provided them with a coach and some initial funding that allowed them to test the fishing nets to see if they would be durable enough to create a skateboard. From there, they applied for and received a grant from the Chilean government through a program called Start-Up Chile to help set up the net recycling program. Finally, they turned to Kickstarter, launching a campaign in April that quickly raised $64,000 — more than twice their $25,000 goal — which allowed them to start production on a large scale.

The recycled nets are melted down and fed into an injection mold that creates the skate decks, which have a fishscale pattern across their surface for better grip. But the sustainability of the boards doesn’t end there. The wheel cores are constructed from 100 percent recycled plastic, and the wheel exteriors are made from 30 percent vegetable oil. The company uses 100 percent recycled paper and cardboard for packaging and only transports the nets from the villages to the factory in Santiago on trucks that have brought other cargo to the villages and otherwise would return to the city empty.

Outdoor clothing and gear company Patagonia recently announced that it is investing in the company. “Bureo is not your typical startup — they’ve invented an incredible recycling program by rallying the fishing industry in Chile to turn plastic ocean waste into a great product,” Patagonia CEO Rose Marcario said in a press release. “We’re investing in Bureo’s vision to scale their business to a global level and make a serious dent in the amount of plastic that gets thrown away in our oceans.” 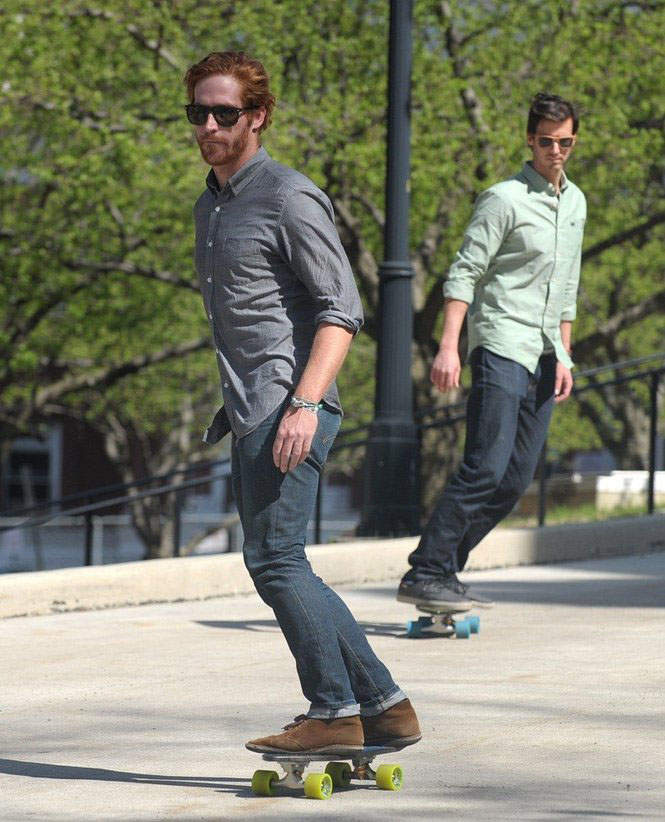 Kneppers, Stover and Ahearn’s commitment to sustainability goes beyond upcycling skateboards, however. The three recently spent the summer participating in beach cleanups in California as part of the 5 Gyres Plastic Beach Project, and at each stop they raffled off a Minnow board to volunteers who helped with the cleanup. They also have partnered with the Save the Waves Coalition and the Surfrider Foundation, which are working to clean and conserve coastlines around the world. In addition, they are planning a line of organic cotton T-shirts that will help fund Unidos Por Aguas Limpias, a nonprofit in Chile that works to preserve natural areas around surfing areas and has an annual beach cleanup project every March.

“We believe the boards are just the beginning,” Ahearn said. “We want to continue innovating and finding solutions to ocean plastic pollution.”

Kneppers says the local fishers initially were a bit suspicious of the three partners when they proposed this project. But that changed when they were able to hand out the finished product. “They have pride,” he said. “They loved grabbing and examining it.” Then, he added, they handed the board to their children — who knew just what to do with it.

Reimagining commerce through products with purpose