The state's residential solar program is so effective that the utility company cites large revenue loss as cause to raise tariffs on solar customers.

Over the past month, Nevada has been at the center of a national debate about how utilities treat customers with solar PV — and for all the wrong reasons. Through about Q3 2015, Nevada had been a leading state for solar PV. But in late December, Nevada’s regulators — reinforced by a controversial public utilities commission decision early last week — effectively pulled the rug out from under the state’s residential rooftop solar market.

Thanks to its previous retail rate net metering and abundant sunshine, Nevada has had a booming solar market. In 2013 it generated more of its power from solar than any other state, according to U.S. EIA data. Through 2014, Nevada ranked fifth in the nation for cumulative installed solar PV capacity and that year ranked third for new installed solar capacity, according to the Solar Energy Industries Association (SEIA).

Much of that solar growth in Nevada has been in the state’s residential rooftop segment. It is the 10th-largest market for installed residential solar capacity in the nation, and its Q3 2015 residential installations quadrupled compared to Q2, according to GTM Research and SEIA’s "Solar Market Insights 2015 Q3."

And of course, Nevada is famously the location for Tesla and Panasonic’s new lithium-ion battery "Gigafactory."

But then, in late Q4 2015, Nevada turned all this positive momentum on its head.

On Dec. 22, regulators approved a new solar tariff structure that dealt a powerful blow to the state’s residential rooftop market in what amounted to a one-two punch: a substantial increase to the fixed charges solar customers; and a substantial decrease to the compensation they’d receive for net exported generation. The net effect is it sinks the economics for grid-connected rooftop solar in the state.

More specifically, under the old rate structure, solar customers paid a fixed charge of $12.75 a month (the same as non-solar customers). Under the new structure, the charge jumps to $17.90 a month in 2016, then increases by $5.15 each year until it reaches $38.51 a month in 2020. (Customers who do not have solar will continue to pay the old, $12.75 fixed charge.) Meanwhile, the rate that solar customers pay for grid-supplied power declines slightly from 10.8 cents per kWh in 2016 to 9.9 cents, while the rate they are paid for excess power delivered to the grid falls sharply from 9.2 cents to 2.6 cents, or from roughly the retail rate to the wholesale rate.

The new rates took effect Jan. 1, and — incredibly — retroactively will apply to all solar customers, even those who bought their systems under the old tariffs. (Such customers are typically grandfathered in.)

The new rate plan was a response to the complaints of the utility NV Energy, which has a monopoly in the state. The utility claimed that the old net metering tariff shifted roughly $16 million in costs annually from Nevada’s roughly 17,000 solar customers to non-solar customers.

Industry representatives, solar customers and advocacy groups protested vehemently, calling the decision regressive, illegal and even unconstitutional for changing the terms of the existing solar customers’ contracts, which typically run for 20 years or more. Top solar companies, including SolarCity, Sunrun and Vivint, immediately ceased operations in the state and laid off hundreds of workers, promising legal action. In all, roughly 6,000 solar jobs in the state are at risk.

After a day-long hearing Wednesday, in which hundreds of solar customers testified before the commission and around 1,000 people protested, including actor and climate activist Mark Ruffalo, the Nevada PUC rejected appeals by solar customers and industry advocates to stay the implementation of the new rate plan pending a reassessment of its impacts.

The result? According to Greg Ferrante, who founded the Nevada Solar Owners Association in response to the PUC decision, instead of seeing a return on his solar PV investment in seven years, it will now take 18 years. And the days of opening his monthly power bill and seeing a charge of $56 instead of the $690 he had before installing the system are over.

Demand flexibility helps, but is no panacea

So what do Nevada solar customers — existing and potentially new — do now?

In our October report "The Economics of Demand Flexibility," we analyzed similar situations in Hawaii and Arizona where utilities changed the rules for new PV customers by introducing less-favorable rates. We found that customers in those two states could cost-effectively install PV even under the new, less-friendly tariffs if they also took advantage of demand flexibility, shifting their electricity demand to coincide with the output of their solar systems and thus increase self-consumption and decrease exposure to reduced export compensation.

For example, by programming their air conditioners, water heaters and EV chargers to run when the sun is shining, customers could consume their self-generated solar power and reduce their peak-hour demand, effectively getting the retail rate credit for their PV energy (and in the case of Arizona, reducing demand charges).

Even with demand flexibility, it is unlikely that solar PV will be cost-effective for residential customers under the new tariff.

According to our calculations, by exercising demand flexibility in this way, Nevada solar customers could increase the amount of self-generated power they consume from an estimated 50 percent to nearly 70 percent, and reduce the impact of the new tariffs by 25 percent. For customers who want to go solar anyway in the face of Nevada’s new rate structure, this is good news. But the bigger picture isn’t so rosy. Because of the sizeable and unavoidable fixed charge and severely reduced compensation for remaining exported solar generation, even with demand flexibility, it is unlikely that solar PV will be cost-effective for residential customers under the new tariff.

The specter of grid defection?

What customers ultimately may choose to do, however, is divorce their systems from the grid entirely, in what we have called grid defection. While this may not be cost-effective today for most Nevada customers, some PV owners are already considering it.

As we explored in our 2014 study "The Economics of Grid Defection" and its 2015 follow-on, "The Economics of Load Defection," the confluence of rising utility rates and declining costs of solar-plus-battery systems may lead some customers to cost-effectively disconnect from the grid, or in the case where they don’t disconnect, shift a large majority of their own load to these behind-the-meter resources.

What could this mean for the grid? Instead of building a grid that integrates customer-owned, behind-the-meter resources, policies that encourage grid defection may lead to a Balkanized grid in which thousands of customers simply generate and consume their own power, with increasing unit costs for any energy served by the existing grid.

The Nevada Public Utilities Commission, by pursuing high fixed charges and very low export compensation for customer-owned PV, may be setting the state on a path towards grid defection, and forgoing the significant benefits of pursuing an integrated grid — one where all resources, central and distributed alike, are fully leveraged to enable a clean, low-cost and reliable electricity system for all customers.

Nevada’s decision comes at a time when more states than ever are choosing their path — from New York’s Reforming the Energy Vision proceeding, to California’s More Than Smart initiative and net metering successor tariffs, to Hawaii’s recent move to post-net metering solar rate structures. These reforms are complex and full of nuance, as states strive to quantify the true costs and benefits of distributed PV and reflect those values in rates. There is room for debate across many dimensions of these issues, and getting the answer right may look different across the country.

As of late 2015, 27 states were considering changes that would reduce the attractiveness of their net metering policies, according to a report by the N.C. Clean Energy Technology Center. But until now, no state retroactively has changed the terms of existing solar customers’ long-term contracts with the utility. If Nevada sticks with this strategy, it surely will face legal challenges. For now it remains a controversial cautionary tale, and other states and their utilities should think very carefully before following suit. 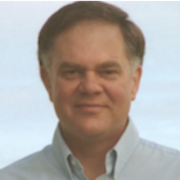