We'll toast to that!

I recently took a trip to Asheville, North Carolina, with my wife and we toured the newly opened New Belgium Brewery. We learned that it was constructed on a plot of land that was less than desirable — an old auto junkyard and livestock auction house.

With a focus on sustainability, New Belgium worked with scientists and environmentalists to clean up the land and water naturally by planting indigenous species that would remove some toxins and replenish the soil. Additionally, New Belgium is committed to creating a greener future across its operations, investing in solar panels, solar hot water and specific design features to capture and recover waste heat, as well as promoting zero-waste-to-landfill practices. New Belgium also publishes a comprehensive environmental report (PDF) and clear information about its environmental metrics, leading the way for sustainable breweries.

New Belgium is not alone — many breweries such as Yards Brewing Co., Brooklyn Brewery and Sierra Nevada Brewing Co. are paving the way for a better future by leveraging green technology. Both Yards and Brooklyn are 100 percent wind-powered, while Sierra Nevada has the largest privately owned solar array in the country, consisting of over 10,000 solar panels. Additionally, Sierra Nevada captures and reuses its own CO2 that is released during the fermentation process to then carbonate its own beer. So much so at its main brewery in Chico, California, it now only uses "dozens of tanks a year instead of 3-4 truckloads each week."

It’s not breaking news to tell you that craft breweries are on the rise — with a 16.6 percent increase of craft breweries from 2015 to 2016, small and independent breweries make up 99 percent of operating breweries in the U.S.

Small and independent breweries make up 99 percent of operating breweries in the U.S.

With these new breweries, there will be an increased demand for water and energy, as well as more grain and hops, which will need to be transported across the nation. Both small and large-scale breweries must grow with sustainability in mind — and leveraging that sustainability story can be key to growth. Here are three ideas for doing that right:

Breweries likely will continue to open and drive the food and beverage industry forward. In fact, many breweries are opening sustainability-focused kitchens to serve food while sourcing local ingredients. This will be an industry to watch as the lines between bar, restaurant and brewery become blurred. In the meantime, raise a glass to a better tomorrow. 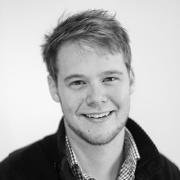 See all by Jacob Rouser