Human society has a lot riding on the safety and efficiency of the transport sector. Transport not only has the potential to enhance or degrade the public spaces, health and economic dynamism of where the majority of humanity lives — in cities — it also has a significant impact on our planet.

With cities already producing 75 percent of global CO2 emissions — due in large part to urban transport — and projected to generate 65 percent of global economic growth by 2025, they are the battleground where the fight for sustainable development will be won or lost.

So it’s encouraging that some major players recently called for action so that cities and their transport systems can grow sustainably. Two weeks ago, EMBARQ, the sustainable transport and urban development program of the World Resources Institute (WRI), and the World Bank co-hosted Transforming Transportation, with the support of a team of partner organizations.

The two-day event concluded with the announcement of Transport Delivers, a global campaign calling city and national leaders to better integrate sustainable transport into policy discussions on development and climate change. If the campaign’s objectives are fully implemented, they could be a game-changer for today’s cities — as well as tomorrow’s.

Transport Delivers, spearheaded by the Partnership on Sustainable Low Carbon Transport (SLoCaT), will help create and promote a collective voice on sustainable, low-carbon transport. These proposed actions aim to inform political discussions of both the Open Working Group on the Sustainable Development Goals (SDGs) and the deliberations under the United Nations Framework Convention on Climate Change. Given the upcoming Climate Summit 2014 hosted by United Nations Secretary-General Ban Ki-moon, the definition of the SDGs and the 20th and 21st Conference of the Parties to the UNFCCC in Lima in 2014 and Paris in 2015, the next two years represent a critical opportunity to embed transport into the heart of global climate change and development commitments.

The Transport Delivers campaign was announced by Cornie Huizenga, joint convener of SLoCaT. Because building a sustainable future for our society and our planet requires a goal-driven strategy, Transport Delivers has articulated four calls to action to accelerate the implementation of sustainable transport solutions such as public transport, bike lanes and pedestrian walkways. These new objectives build on the voluntary commitments on sustainable transport developed at the Rio+20 Conference on Sustainable Development in June 2012. 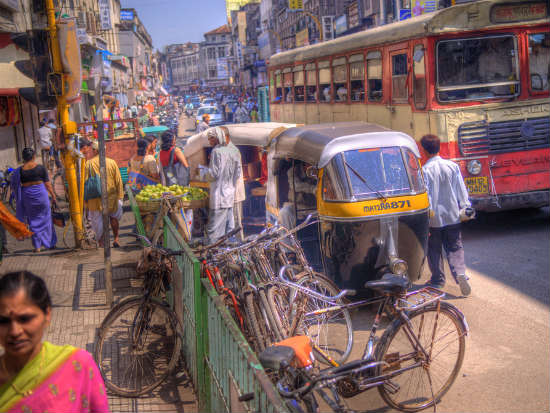 The first call to action proposed by Transport Delivers involves creating a project preparatory facility. The facility, which would provide at least $100 million for the period between 2014 and 2016, would help ensure that enough high-quality, sustainable projects will be available for financing by multilateral development banks (MDBs). This plans builds on the MDBs’ commitment announced last year to invest $175 billion in sustainable transport in developing countries over 10 years.

The second action involves capacity-building. Transport Delivers is calling for an effort to train 1 million people on sustainable transport in the next 10 years. While the effort will require coordination between the academic, transport, government and private sectors, the potential impact of mainstreaming sustainable transport education is vast. In 2008 alone, 5 million university degrees were awarded in science and engineering worldwide. We need to seize this opportunity to raise awareness and understanding of sustainable transport among the millions of individuals already trained in engineering, in addition to reaching a wider audience of decision-makers and urban residents alike.

Finally, the fourth commitment sought by Transport Delivers calls for 100 countries to pledge additional voluntary actions by selecting one or more policy actions from a menu of 10 options provided by SLoCaT. The policy options will be focused on one of SLoCaT’s three main target areas: improved access, road safety and environmental performance of transport.

It will require an integrated approach to tackle the world’s biggest challenges — namely unprecedented urbanization, climate change and poverty. While Transport Delivers puts forth inspiring ideas, these initiatives are still just proposals at this point. The campaign's success will be measured by the means in which transport is integrated into global discussions — and progress — on sustainable development and climate change. Fully implementing the four calls to action can help position sustainable transport as a key enabler of economic opportunity, higher quality of life and environmental sustainability — particularly in cities.

Transport Delivers set a high bar for ambitious, catalytic goals announced at Transforming Transportation, but the context of next year’s conference will be more exciting. Leading into COP 21 and the definition of the SDGs, Transforming Transportation 2015 will present a unique opportunity to gauge the progress of Transport Delivers and a final chance to gather experts ahead of the discussions that will shape the course of change for human society.

This story originally appeared at the World Resources Institute's Insights blog. Top image of bullet train in Japan by jpellgen via Flickr 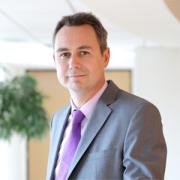 See all by Holger Dalkmann