In late April, a study drawing on nearly a year’s worth of satellite data revealed that Permian methane emissions are the highest measured from a U.S. oil and gas basin.

As the federal government continues its rollback of methane safeguards, public attention is trained on policymakers and companies in Texas and New Mexico — two leading oil producing states that straddle the Permian Basin.

While New Mexico Gov. Michelle Lujan Grisham forges ahead on nation-leading rules to curb oil and gas methane waste and pollution, state leaders in Texas have yet to get serious about a problem that could undermine the industry’s viability in an economy that increasingly prioritizes cleaner sources of energy.

At a 3.7 percent leak rate, the climate impact of natural gas produced in the Permian is nearly tripled over a 20-year timeframe as operators waste enough gas to meet the annual needs of 2 million U.S. households.

The findings published last month are based on over 200,000 individual readings from the European Space Agency’s TROPOMI satellite instrument, and show Permian oil and gas operators are leaking 3.7 percent of the gas they produce.

These measurements validate data published earlier this month by EDF’s PermianMAP initiative, an ongoing effort to quantify and track emissions in the Permian via aircraft, vehicle surveys and fixed monitoring towers.

At a 3.7 percent leak rate, the climate impact of natural gas produced in the Permian is nearly tripled over a 20-year timeframe as operators waste enough gas to meet the annual needs of 2 million U.S. households.

These figures sharply undermine the value proposition of companies billing natural gas as a "clean" fuel in response to growing concern from both investors and consumers who increasingly prioritize low-carbon alternatives.

Likewise, flaring (burning off unused natural gas) is a self-described black eye for the oil and gas industry in the Permian and the most visible symbol of unchecked methane waste and pollution. Until recently, little public information existed on Permian methane emissions. Now, a growing body of science and data underscores the scale of the region’s methane problem and the need for solutions.

With a commitment to developing strong methane rules this year, Lujan Grisham and New Mexico’s state agencies are on the right track. This data and the overwhelming body of scientific evidence underscores the importance of these efforts and the availability of cost-effective solutions to tackle pollution, protect public health and prevent the waste of valuable energy resources.

Last year, the state announced a partnership with Descartes Labs to build a "data refinery" and leverage inputs from sources such as the TROPOMI satellite instrument and EDF’s PermianMAP to help regulators track and target emissions.

Innovative efforts such as these, coupled with strong regulatory standards, are critical for helping industry address a problem that is among the most cost-effective to fix. The International Energy Agency estimates that even in a low price environment, about one-third of methane emissions can be resolved at no net cost to operators.

Innovative efforts such as these, coupled with strong regulatory standards, are critical for helping industry address a problem that is among the most cost-effective to fix.

There is also a clear public health imperative behind strong methane standards. More than 75 percent of children younger than 5 in New Mexico’s largest oil producing counties live within a mile of an active wellsite, where co-pollutants such as toxic benzene and toluene, as well as smog-forming volatile organic compounds, are emitted alongside methane. Just last month, the American Lung Association reported that all of these areas received poor grades for ozone pollution. Protecting the state’s most vulnerable requires tackling these emissions.

Additionally, methane waste costs New Mexico taxpayers an estimated $43 million in lost revenue every year. Protecting the health of the state’s finances and ensuring resources serve critical needs, such as education and public health, is more important than ever amid the current downturn.

Time for Texas to get serious, starting with flaring

Whether it’s through methane leaks or flaring, Texas has a major waste and pollution issue on its hands. And because federal methane regulations are all the protection Texans have, current rollbacks will leave emissions in the state virtually unchecked. The situation is exacerbated by the Texas Railroad Commission's never denying any of the more than 27,000 industry requested flaring permits over the past seven years.

The RRC is debating measures to "prorate," or curb, oil production in response to collapsing oil prices. Because proration must be premised on the commission’s statutory duty to prevent waste and protect private property rights, it presents a unique opportunity to address flaring — one of the most obvious examples of waste in the oilfield.

Recent hearings have surfaced divergent views on proration, but one area of broad consensus across industry, mineral rights owners and environmental advocates is the need to address rampant flaring. Since 2013, operators have burned off nearly 1 trillion cubic feet of natural gas, enough to meet the annual needs of every Texas home three times over.

Now is the time for Texas to begin a new path and reduce a major source of oilfield pollution and waste.

Turning data from TROPOMI and PermianMAP into meaningful action has the potential to drive solutions in Texas and New Mexico, as both states confront what is confirmed to be the nation’s most extreme concentration of oilfield methane emissions. 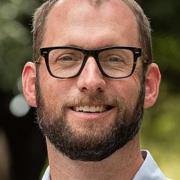 See all by Jon Goldstein