The World Economic Forum's annual survey of the biggest risks to business found that environmental risks topped the charts.

An overly simplistic view of global economics has fuelled climate denial and skepticism for decades. Some opponents of climate change mitigation policies argue that achieving any progress would require an impossible retrofitting of our economy and result in lower profits and fewer jobs. In reality, in many ways, climate action will help businesses be more resilient in tomorrow’s economy.

Interestingly, the rapid and widespread outbreak of COVID-19 has given the world an opportunity to test the hypothesis of whether and how an economic shutdown might affect climate outcomes.

Initial data suggests that 2020 annual emissions could decrease by as much as 7 percent globally due to the downward shift in energy demand worldwide. The resulting short-term cooling effect could last until 2025, even as economies reopen and travel restrictions are lifted. Moreover, even after economies return to their full-functioning capacity, there may be shifts in the workforce that are more climate-friendly, such as maintaining online meetings and traveling less.

While these are encouraging data, the reality is that economic shutdowns are unsustainable, and any gains in GHG emissions will be obviated by a return to "business as usual," particularly in the "dirtiest" industries. This is even more the case in a fractured geopolitical environment in which alignment toward common goals has proven more elusive. And without the support of the business community, real action on climate change may be a non-starter.

Any gains in GHG emissions will be obviated by a return to 'business as usual,' particularly in the 'dirtiest' industries.

The good news is that commitment to the environment is stronger today than it was in past years, and it may be possible to make climate action beneficial to business.

Every year, the World Economic Forum conducts its Executive Opinion Survey, polling thousands of the world’s business leaders. Among other queries, the survey asks these leaders to identify the top risks for doing business in their countries over the next decade. This year, the survey was conducted between January and July, right through the outbreak and spread of COVID-19 globally. The risks question received 12,012 responses from 127 countries.

The new World Economic Forum’s Regional Risks for Doing Business Interactive Map shows that all five environmental risks included in the survey rose in the rankings and were among the top 10 rising global concerns for businesses. "Biodiversity loss" and "natural catastrophes" were the second and third risks to increase in salience through the current crisis, by eight and seven places respectively — unsurprisingly, "infectious diseases" was the top mover. 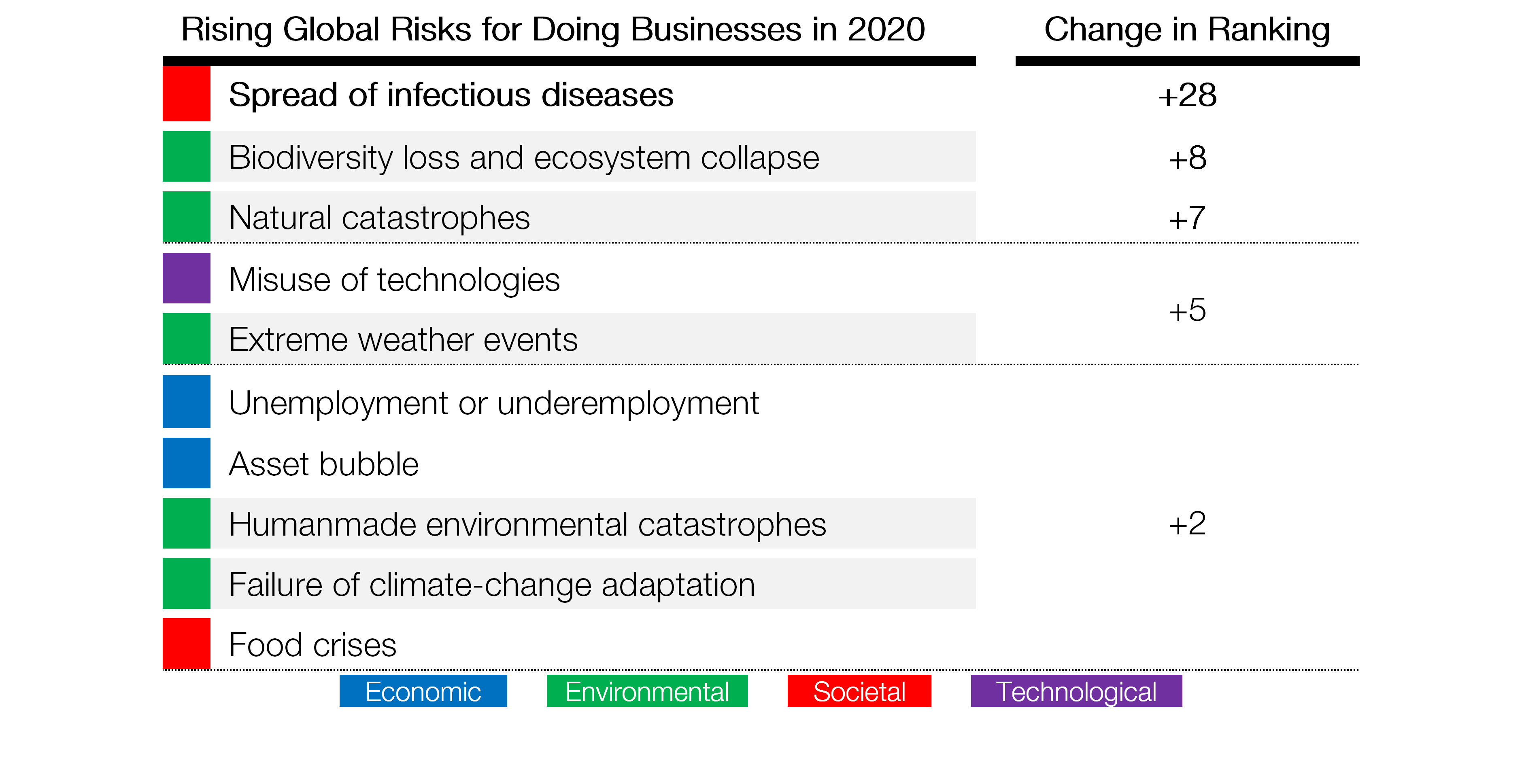 If the world can overcome COVID-19, we not only will have succeeded in combatting a global pandemic, but we also will have the data and support necessary to continue the global transition to a green economy. Policy shifts will be a key challenge.

The impact of market shutdowns on lives and livelihoods has required most governments to vastly expand their role in their economies. Response packages worth trillions of dollars have and are still being deployed, critical regulations are being modified and fundamental policy decisions are being made. More than in any other moment in post-World War II history, government action is likely to cause permanent structural shifts in national, regional and global economies.

It is still worryingly unclear how — or whether — many governments will embed green policies into their recovery plans.

Yet, it is still worryingly unclear how — or whether — many governments will embed green policies into their recovery plans. Public finance constraints, electoral incentives and populist discourses risk reinforcing the flawed belief that there must be a trade-off between economic growth and climate action.

As the World Economic Forum’s COVID-19 Risks Outlook warned, some governments have relaxed, suspended or rolled-back environmental protection regulations to boost industrial activity, and these policy decisions risk becoming permanent and incurring a severe setback for sustainability in the long-run.

COVID-19 will expose how, when and where the world can fast-forward to a new nature economy without losing sight of the societal and technological challenges this will bring. At the same time, the regional risks map shows that the world’s business community is increasingly concerned with the future of the planet, even during a time in which when boosting production and creating jobs is a priority.

Governments should not miss this unprecedented window of opportunity to use their expanded capabilities and augmented power — combined with demonstrated business concern — to ensure a green recovery. 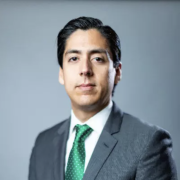 See all by Emilio Granados Franco