Hydraulic fracturing, known as "fracking," has become an increasingly divisive issue in U.S. communities. Environmentalist groups have been vocal in their protest of this drilling method, citing such risks as increased likelihood of earthquakes, a lack of environmental regulation and the danger of groundwater contamination resulting from the mix of water and chemicals used in the process.

On the other hand, energy industry stakeholders have defended the method as a safe, low-impact and low-cost means of oil production at a time when the price per barrel has fallen by more than half in recent months. The two sides rarely have been able to compromise, leaving it to legislators to weigh the conflicting reports.

It has been the individual states where fracking takes place that have exercised the most influence on the practice through legislation. Regulations in Texas, for example, are arguably much more relaxed than those in Pennsylvania, which has a more diversified local economy and relies less heavily on energy industry profits. Industry groups have considerable lobbying influence, and as a result few federal rules have been able to make an industry-wide impact.

One recent exception is the U.S. Interior Department's Bureau of Land Management's (BLM) final ruling on the practice, "Oil and Gas; Hydraulic Fracturing on Federal and Indian Lands" (PDF), published in the Federal Register.

This final guidance document is a fulfillment of an effort that began in 2012, and since has garnered significant public interest. Comments from both sides of the issue were considered over the course of its creation, and the BLM stated a number of new requirements will "coordinate standards and processes with individual states and tribes to reduce administrative costs and to improve efficiency," as well as increase the safety of nearby residents.

The final standards that will take effect June 24 address a number of key issues, including enhanced standards for the protection of groundwater. This is a main concern, especially following the publishing of a study performed by Penn State scientists of a shale gas well in Bradford County, Penn., following water quality complaints by nearby residents. The study, published in Proceedings of the National Academy of Sciences, discovered that chemicals used in the well tainted nearby groundwater for a distance up to 3 kilometers.

However, Susan Brantley, an author of the study and distinguished professor of geosciences at Penn State, said that the level of contamination did not exceed drinking water standards, although there was visible bubbling and cloudiness.

"I'm a geologist — I don't think you would want to drink this water, if for no other reason than it was foaming," Brantley told Michigan Public Radio.

The study theorized that the contamination resulted from either a fault in the drilling of the well or a leak in a nearby surface storage pit. Once the chemicals were free, they traveled horizontally through the earth via cracks in the ground to find the aquifer.

Brantley did conclude that the additional safeguards put in place by the state in 2011 made this type of contamination less likely to occur again in the future. The study still serves as an example of the importance of regulations as well as having a system of accountability in place to ensure proper well performance.

To that end, the BLM's new rules include "provisions for ensuring the protection of groundwater supplies by requiring a validation of well integrity and strong cement barriers between the wellbore and water zones through which the wellbore passes," according to analysis by Environmental Leader.

Another contentious point was settled with the requirement for increased transparency of the chemical mix used in production.

Most industry participants long have fought against mandated disclosure, arguing that information constitutes a protected trade secret, and mandated public transparency would "lead to mining from foreign competitors before chemicals enter commerce," according to the Society of Chemical Manufacturers and Affiliates (SOCMA).

During the current period of low prices, oil companies need to be protective of their investments. But some have found themselves able to exercise transparency without sacrificing market share.

Baker Hughes committed to full transparency in 2014 and discloses all chemicals used in its hydraulic fracturing fluids, explaining in a press release that it is possible to disclose 100 percent of chemicals "without compromising our formulations — a balance that increases public trust while encouraging commercial innovation."

However, not all companies share this belief. BLM Director Neil Kornze has come under fire, as states with a strong industry presence such as North Dakota, Wyoming and Colorado have made legal challenges to the rules. A main argument is that the BLM rules encroach on states' rights, and assert authority over an issue that historically has been reserved for state regulators.

In April, Kornze was grilled by U.S. Senate subcommittee members, where his agency's rules were called "unnecessary" and "an example of federal government overreach" by a panel that included Wyoming Oil/Gas Supervisor Mark Watson and the Western Energy Alliance's (WEA) Kathleen Sgamma. 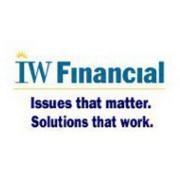 The rise of green retirement plans

How Big Data is driving sustainability

See all by IW Financial staff