We're not even through the first week of the U.N. climate conference in Copenhagen, but it's impressive to see first-hand here at the Bella Center all of the developments that influenced and have been influenced by the conference.

Senators Kerry (D-Mass.), Lieberman (I-Conn.) and Graham (D-S.C.) on Thursday released a significant bipartisan framework for climate legislation. The document doesn't dictate the specifics of a bill, but instead provides a set of boundaries for discussion that will help move the Senate towards a bill after Copenhagen.

This framework will help negotiators from the U.S. and across the globe to better understand where the Senate stands on key issues such as targets, finance and verification of national commitments. Until now, they've had the House-passed Waxman-Markey bill and substantial communications from the Obama Administration to work with but no clarity from the Senate. The framework is not a substitute for legislation or all of the hard debate and discussions necessary in the coming months to get to 60 votes. However, it sends a signal to the world that the U.S. intends to tackle climate change.

The framework also sends a signal to the American people that comprehensive pollution-reduction legislation can be designed to increase our energy security and create jobs. All of these issues are intertwined and, while the Waxman-Markey bill would make substantial investments in these same goals, the Senate process going forward appears to be broader in its intent to focus on energy and national security. This framework should foster a constructive debate in the Senate in the coming months.

Further, the Senate debate will benefit from other ideas being put on the table, such as the Stabenow (D-Mich.) offsets proposal, the work already completed in the Energy and Natural Resources Committee and the upcoming deliberations in the Finance Committee. The Cantwell (D-Wash.) and Collins (R-Me.) bill, expected to be released Friday is another addition to this increasingly rich pool of proposals., This new bill takes the same general approach to pollution reduction that Kerry, Lieberman and Graham envision, such as a cap on carbon -- though some of the design elements are very different from Waxman-Markey. This proposal and others are helping to deepen the discussion of how best to move forward helping the Senate to leave no stone unturned before closing in on a final bill that could garner broad support.

This brings us back to Copenhagen. Senate action that leads to the enactment of a comprehensive pollution-reduction program is the best way for the U.S. to participate in a global agreement.

John Larsen is a Senior Associate in the Climate and Energy Program at the World Resources Institute. Mr. Larsen leads WRI’s analysis of federal policy and Congressional proposals with a focus on achieving strong environmental goals while managing costs to the U.S. economy. 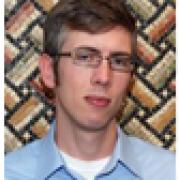 See all by John Larsen