The new solar buyer isn't who you expect

As I noted last year, solar pricing has dropped dramatically. According to Triple Pundit, PV panel costs declined 20 percent in both 2011 and 2012, and dropped again in 2013.

SolarCity promises, “For most customers, the savings start on day one.” Here’s how it promotes its $0-down solar leasing option: “Your payment is usually less than what you’d owe your utility company for the equivalent amount of energy your system will produce.”

For those who prefer to purchase their panels, SolarCity notes: “Customers typically see a positive return on investment within 7 to 10 years. … A 3 kW system starts at $25 to $100 per month.”

Panel manufacturers such as SunPower also offer $0-down financing deals with the pitch, “For many customers, the combination of the loan payment and the remaining power bill is less than their previous electric bill.”

What’s not to love?

Lower pricing and access to affordable financing and leasing options have opened the door to a whole new solar buyer. The comparison below shows the dramatic shift we at the Shelton Group have tracked over the last seven years between solar owners then and now:

In 2008, solar owners were rich conservatives (mostly in California) who were tired of blackouts and the soaring prices triggered by deregulation. They had the financial wherewithal to “opt out” and take control. Now, many more Americans do.

And credit score is perhaps a more useful variable for identifying solar prospects than household income or net assets. Solar is now perceived as “practical,” and the pragmatic people most likely to install panels are also the ones most likely to make energy-efficient home improvements.

While discussing this issue recently, a client recommended that we review the installation photos included with current renewable energy certification applications on the Ohio Public Utility Commission’s website.

Perusing the site was an eye-opening experience. The “typical” solar system isn’t going on a retail distribution warehouse or a “McMansion.” It’s being installed on a traditional brick rancher or a three-bedroom, vinyl starter home.

Yet while the target population for solar has shifted and greatly expanded, the underlying purchase drivers (control and independence) remain the same and connect with two closely related, cultural macro-trends: the on-demand economy and self-reliance.

A recent article in the Economist notes that new technologies ad apps have created the “on-demand” economy. We can find answers to almost any question, purchase obscure products from anywhere in the world and connect with a plethora of potential employers or customers who can hire us instantly.

Platforms such as Handy and Uber allow a growing percentage of Americans to be entrepreneurs, working on their own terms. Bottom line: “The world is our oyster,” and we’re more independent and self-reliant than ever before.

Find a seamstress who can make custom drapes that perfectly match your duvet? Check. Press a button to order Huggies the moment you realize you’re using your last one and have them delivered the same day? Done. Brew your own beer? That generates over 6 million results; it can’t be that hard.

Generate your own power? Why not? As we heard in a recent focus group, “We live in Phoenix; it just doesn’t make sense not to.” 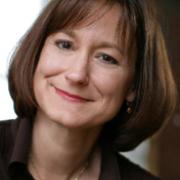 What teaching kids about energy efficiency can teach us

5 ways to tap the power of sustainability-minded parents

A tax on electric vehicles? Surely not!

See all by Lee Ann Head