Earlier this year, WRI analysis found that one in four food calories produced go uneaten. This week a group of experts took the first step toward helping to curb this massive amount of food loss and waste.

At the Global Green Growth Forum in Copenhagen, WRI announced the launch of a process to develop a global standard for measuring food loss and waste. This standard, known as the Global Food Loss and Waste Protocol, will enable countries and companies to measure and monitor the food loss and waste that occur within their boundaries and value chains in a credible, practical and consistent manner.

The goal is that by measuring their loss and waste in standardized, consistent ways, companies and countries then can identify cost-effective ways for saving this valuable food.

Preventing food loss and waste not only could save companies and countries money, it also could go a long way toward ensuring global food security and reducing food production's environmental impact. Some of this loss occurs at the farm level -- due to spoilage or improper harvesting -- while some occurs at the fork level, with people failing to consume all the food they purchase. This leads to huge consequences: Perfectly good food doesn't reach the people who need it, environmental resources are consumed for no reason, and money is spent on food that doesn't get eaten.

But in this problem lies great opportunity. According to WRI research, the world will need to produce about 60 percent more food calories by 2050 in order to feed a projected population of more than 9 billion people. Cutting current rates of global food loss and waste by half would reduce the size of this food gap by about 22 percent.

How the protocol will work

That's where the protocol comes in. It will provide guidance on the most important aspects of measuring food loss and waste. These include definitions, boundaries of what to measure, appropriate data sources and quantification methods, and how to evaluate trade-offs between accuracy, completeness, relevance and cost. By using the protocol, countries and companies will be able to identify how much and where food is being lost and wasted within their own boundaries. And protocol users then will be able to compare the efforts within their own four walls to other companies and countries, which will help with efforts to reduce loss and waste by allowing for easy sharing of best practices.

The issue of food loss and waste is a complex issue -- one that holds significant economic, environmental and human welfare implications. By getting an accurate measure of what their food waste and loss looks like, companies and countries then can identify opportunities to save this food. Curbing this loss and waste is a critical component of creating a globally sustainable food system, both for current and future generations.

By the numbers: Food loss and waste

These facts illustrate the extent of the world's food loss and waste problem. To learn more, check out the WRI's working paper, "Reducing Food Loss and Waste."

• 24 percent: The global share of all produced food that is lost or wasted annually, when measured by calories.

• $4 billion: The value of all the food lost in sub-Saharan Africa each year, where many farmers live on less than $2 a day.

• $1,600: The annual amount the average American family of four spends on food that doesn't get eaten.

• 198 million: The number of hectares used to produce food that is lost or wasted each year. This is about the size of Mexico.

• 3,300-5,600: Megatonnes of greenhouse gases associated with producing food that is ultimately lost or wasted. The upper end of this range is roughly equivalent to U.S. carbon dioxide emissions from energy consumption in 2011.

• 173 billion: Cubic meters of water used to grow lost or wasted food. This represents 24 percent of all water used for agriculture.

This article originally appeared on the WRI Insights blog and is reprinted with permission.
Vegetables image by lkunl via Shutterstock.com. 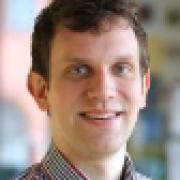 Yes, the world can cut food waste in half

See all by Brian Lipinski