The new symbiosis between automakers and ride-hailing companies

The following is an excerpt from the book "Three Revolutions: Steering Automated, Shared, and Electric Vehicles to a Better Future" by Daniel Sperling.

Automakers will increasingly find themselves in a complicated relation­ship with ride-hailing companies such as Lyft and Uber. The latter will be competitors but also customers. In the next few years, sales to drivers for Lyft, Uber and others will almost certainly offset declines in car purchases by users of the services. As shared mobility services expand, auto man­ufacturers will likely start producing customized vehicles for ride-hailing companies — even as their own mobility services compete head-to-head.

Today, Lyft and Uber have almost no hard assets and are essentially internet-platform companies. Managing and owning vehicles clashes with their current business model. But once level-5 driverless cars come on the scene, they will have little choice. It appears inevitable that they will embrace a new business model that involves ownership of vehicles. A huge part of the success of demand-responsive, app-based ride-hailing companies will be their ability to profit as proprietors of capital, which will mean owning and operating a fleet of automated electric cars. So just as self-driving cars have pulled Detroit into the Silicon Valley game, the power of fleet ownership will likely force ride-hailing companies into partnership with manufacturers.

As ride-hailing companies build their customer base to support pooled services — which require a much larger base than glorified taxi services such as UberX — they will use their purchasing power to push for vehicles that are specifically optimized for their needs. "We haven’t started in on what the vehicle is going to look like. But it probably doesn’t look like a Toyota Camry today," said Uber’s Andrew Salzberg.

It is part of Daimler’s goal to provide young firms access to the automakers’ resources and knowledge while gleaning promising ideas that can be turned into products that meet the needs of the new mobility marketplace.

The vehicles will be more passenger-centric — aimed at creating a com­fortable passenger experience — as opposed to today’s driver-centric cars. It’s possible they will include movable partitions or compartments that will allow privacy to poolers who desire it, not unlike barriers between business-class seats on airlines. Since passengers will no longer need to concentrate on driving, there will be an increased focus on entertainment and connectivity within driverless vehicles. Immersive video games, video conferencing or high-speed Internet will become commonplace for many platforms.

In 2016, recognizing this emerging integration of car making and mobil­ity services, Daimler, along with U.S. investor Plug and Play and Stuttgart University, founded an innovation hub in Stuttgart housing a number of auto-focused start-ups. These start-ups, including one developing an in-car audio system that can wirelessly transmit sound to the ears of individ­ual passengers without anyone else hearing the audio, aim to explore ideas related to future mobility. It is part of Daimler’s goal to provide young firms access to the automakers’ resources and knowledge while gleaning promising ideas that can be turned into products that meet the needs of the new mobility marketplace.

Lease deals are another way auto manufacturers might partner with mobility companies. In 2017, Paris-based BlaBlaCar, which focuses on providing seats for long trips, unveiled plans to offer its drivers cheap monthly leases for Opel cars, beginning in France. The start-up’s 9 million drivers buy an estimated 1.3 million new cars each year. BlaBlaCar CEO Nicolas Brusson declared, "We can pioneer a new approach to car ownership based on usage."

All this points toward a messy era of transition where automak­ers, ride-hailing companies, software companies and other innovators will operate in cooperation and competition simultaneously. Over the decades, they will grope their way through a convoluted series of new partnerships and alliances.

Monetizing the real internet of things

Regardless of whether they own or manage a fleet, proprietors are going to use and monetize their assets to the fullest. That means doing more than just filling vehicles — cars and vans — with the maximum number of passengers. It means finding new ways to unlock value based on the communications, processing capabilities and physical location of those assets and the patrons who use them. The cumulative result will be yet another fundamental shift in the business model for existing manufac­turers and tech companies and the emergence of a vast frontier of new possibilities that could not have existed in the consumer-producer trans­portation system of 2017.

Toyota, for one, is looking for ways to tap the internet of things for higher margins. In April 2016, the company created a new service that lets owners use vehicles like mobile phones. The leader of the new Connected Company business unit, Shigeki Tomoyama, said that "as vehicles become information devices, the car business’s value added will be shifting to the cloud in the future." As a first step, Toyota unveiled Smart Key Box, a gadget that simplifies carsharing by turning a person’s mobile phone into a car key.

When driverless vehicles arrive, they will dramatically lower the cost of conveying physical things and create opportunities for integrating entertainment and business into the transportation experience. Driver­less trucks will deliver bulk goods between businesses and warehouses. Smaller driverless trucks and cars will deliver parcels to staging depots and homes. Inside passenger vehicles, entertainment and retail will turn into major revenue streams. More lucrative will be the ability to mone­tize the process of physically bringing people together through dynamic pooling. Once the number of poolers becomes high enough, networking and dating services will flourish. All these services will also act as a plat­form for data gathering — helping companies build more sophisticated patron profiles and better understand tastes.

Will automakers make the leap?

Mobility is poised to disrupt the business of car companies. This new wave of creative destruction is likely to devastate traditional manufac­turing and energy markets. At the same time, mobility is the perfect hedge. While the profits of auto manufacturing might stagnate, the total revenues in the mobility space might well dwarf anything that currently exists. That’s why Toyota, Ford, Saudi Aramco and many others are already betting on mobility, with investments in the billions. The rising masses of mobility patrons will create an opportunity for proprietors at a scale the world has seldom seen. The repercussions for our society and labor sectors will be far-reaching.

Toyota unveiled Smart Key Box, a gadget that simplifies carsharing by turning a person’s mobile phone into a car key.

Shared mobility and automation innovations will compel producers to become either the proprietors or the victims of a massive sectoral cull­ing. Proprietors will sell trips and services rather than horsepower, and those services will be delivered more efficiently than ever before. Patrons will consume these services in new configurations but with greater con­sciousness of the incremental cost — and none too soon. Mobile com­puting and human-dependent transportation are a toxic cocktail from a safety standpoint, leading to distracted driving and more car crashes. Car sales are booming around the world, together with associated greenhouse gas emissions. The current producer-consumer economic paradigm is increasingly untenable from an environmental perspective.

But pooling and automation are not guaranteed to emerge victori­ous. Many automakers might decide that they are better off stopping the march to automation at level-4 self-driving cars sold to individuals. Moving to fully driverless level-5 cars might be less profitable because hardware and software inside the vehicle sold by technology companies would become far more profitable than car making. The cars themselves might well become more commoditized because of the intense mar­ket pressure to reduce cost. That commoditized future is a specter that haunts automakers. And it’s why they might try to tap the brakes on an industry shift toward level-5 driverless cars and pooling. There are many ways they could do so. Manufacturers might discourage regulatory approvals of level-5 cars, or they could create local roadblocks to their usage.

Still, there is much hope for the future. New technology, shifting consumer demands and some supportive regulations already have us on the road toward a more technologically dynamic, less environmen­tally destructive and safer transportation system. Getting there depends largely on policy leadership over the coming five to 10 years — and a willingness of societies to bid farewell to stuff and fully embrace the power of proprietors and patrons. 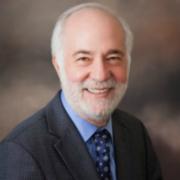 See all by Daniel Sperling