Protected areas — special places set aside for conservation and sustainable use — have a long history. While many cultures have regarded certain natural areas as sacred for centuries, the first “modern” protected area, Yellowstone National Park in the United States, was established in 1872.

Early park rangers relied on paper maps and physical patrols to document the health of parks, tools that many still rely on today. But we now live in a world with more than 177,000 protected areas (PDF) in more than 150 countries. They cover more than one-eighth of the world’s land area — the size of China and India combined. Patrolling these large areas to document and crack down on harmful and often illegal activities such as logging, mining and poaching requires time and money — resources lacking in many countries. So how can we ensure that this extensive network of protected areas actually stays protected?

World leaders are gathering this week in Sydney, Australia at the IUCN World Parks Congress to address that very question. The once-a-decade forum provides an opportunity to share approaches to enhance management of protected areas and empower the authorities who oversee them.

When the last World Parks Congress took place in September 2003, roughly 10 percent of the world used the Internet. Most people used desktop computers, and a medium-resolution satellite image could cost thousands of dollars. 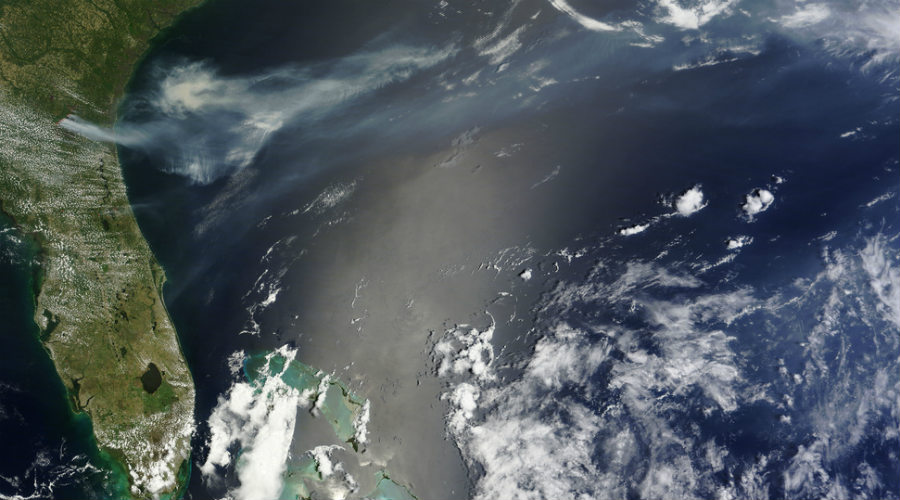 In this 2011 image, a NASA satellite shows smoke spreading across the Atlantic from fires burning in Florida and Georgia. (Credit: NASA Goddard Space Center)

Now, more than 40 percent of the world population uses the Internet. The smartphone has made connectivity mobile, and we can borrow computing power from the “cloud.” Satellite imagery has become much more accessible, with the U.S. Geological Survey opening the archives of millions of NASA Landsat satellite images and other countries’ space agencies increasingly following suit.

The 2014 World Parks Congress will see those technological advances leveraged for monitoring protected areas through new tools such as Global Forest Watch, an online forest monitoring and alert system that unites satellite technology, cloud computing and online tools to guarantee access to timely, reliable forest information. As tools such as GFW evolve, we expect to know more about the state of the world’s protected areas than ever before.

Eyes from above: The satellite revolution

Since the first World Parks Congress in 1962, thousands of new satellites have been launched into orbit, many of which are directed to monitor natural resources. These satellites generate petabytes of data and can help detect any change in the landscape and figure out who may be responsible for it.

Furthermore, the spatial resolution of these satellite images has improved dramatically. For example, the Worldview-3 satellite recently launched by the company Digital Globe can see the earth clearly at 30-centimeter resolution. That means images are fine enough to distinguish individual trees and sometimes even identify their species.

Other companies are sending up constellations of “micro-satellites” into space, some as small as a shoebox, which can take a complete picture of the Earth every day.

Cloud computing and other advances

One of the biggest challenges to taking advantage of all this geospatial information is making sense of it. How can we turn so much raw data into understandable, easy-to-access information that, for example, a park ranger in Madagascar can use to make management decisions?

Part of the answer is cloud computing. Over the past several years, computing power has evolved to let us process huge archives of satellite data and rapidly turn it into seamless, cloud-free images of the Earth’s surface, like what you see on Google Earth. Park rangers can zoom into their protected area and have a bird’s-eye view of the landscape that they manage. 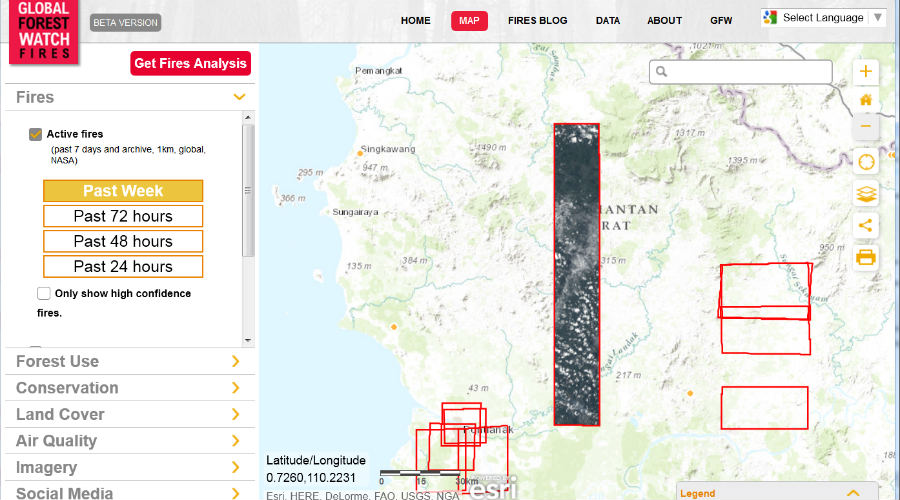 One of a park ranger's most critical jobs is to detect changes in the landscape, especially unplanned or illegal changes, early enough to take useful action. Detecting changes via satellite imagery historically has required analysts to download images from multiple time periods and visually interpret them to find differences. This time-consuming process restricted the amount of area an analyst could monitor in a timely fashion. However, cloud computing and other advances led to the creation of automatic change detection algorithms, which can analyze satellite imagery as soon as it’s available. The result is a rapid indication of where landscape change may be happening.

One example of this innovation is the University of Maryland and Google annual global forest cover change data set, accessible on Global Forest Watch. To produce this data, researchers processed more than 650,000 Landsat images in the Google Earth Engine cloud. More than 10,000 computers working in parallel completed the analysis in a matter of days. This would have taken a single computer 15 years to complete.

Finally, the rise of Internet connectivity, especially through mobile phones, makes it possible for park rangers around the world to access critical information in real time, and even share information about what they find in the field. The Global Forest Watch platform, for example, uses satellite data to monitor forest cover change in near-real time. Users can sign up for mobile alerts when tree cover loss is detected in an area near them.

In addition, Global Forest Watch has teamed up with Google and the Jane Goodall Institute to make forest data accessible through mobile apps. Rangers in the field in Uganda and Tanzania soon will test a new app that quickly alerts users to recent clearing, and allows them to upload observations and photos about what has happened on the ground. Users can investigate the area and find signs of illegal logging, capture photos as evidence, and then send these photos to the relevant law enforcement agency.

The threats to protected areas continue to mount in the form of logging, agricultural expansion, mining and more. But technology may be advancing just as fast — and that’s good news for protected areas.

This article first appeared at World Resources Institute and is reprinted with permission. 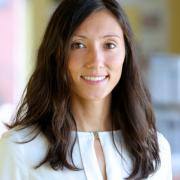 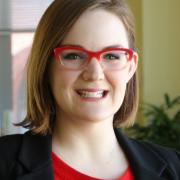 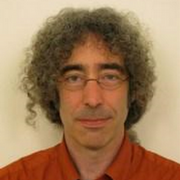 See all by Crystal Davis