The integrated utility services model is part of Fort Collins Utilities’ success. Here’s how it works.

A few weeks ago, the city council in Fort Collins, Colo., unanimously voted to accelerate the city’s climate action goals to achieve an 80 percent reduction of greenhouse gas emissions by 2030 and carbon neutrality by 2050. The municipally owned Fort Collins Utilities understood the community’s desire for such aggressive action, and has taken steps to better understand the utility’s role helping the community meet its energy transformation goals. One of those steps was working with RMI.

At first glance, it may seem that the utility's revenue is doomed to plummet — among other elements, the city's approach calls for a rapid scale-up of distributed renewables and building efficiency — but for an exciting innovation: the integrated utility services (IUS) model.

The IUS utility business model that RMI developed for Fort Collins Utilities: deploys energy efficiency and rooftop solar as default options for residential and small commercial customers; does so with on-bill financing and other mechanisms to ensure no increase in customers' monthly utility bills; and preserves utility revenue. This sounds like an unlikely, too-good-to-be-true combination, but our analysis shows that municipally owned utilities such as Fort Collins Utilities and member- or independently owned utilities alike can achieve very real success.

But such a future also would be fundamentally different. In order to hit such aggressive emissions reduction goals, most ways citizens consume energy (when driving their cars, heating their homes and powering their buildings) would need to be electrified. In tandem, the electricity generation mix would need to shift from fossil fuels to renewable energy sources, such as utility-scale wind, distributed rooftop solar and storage. 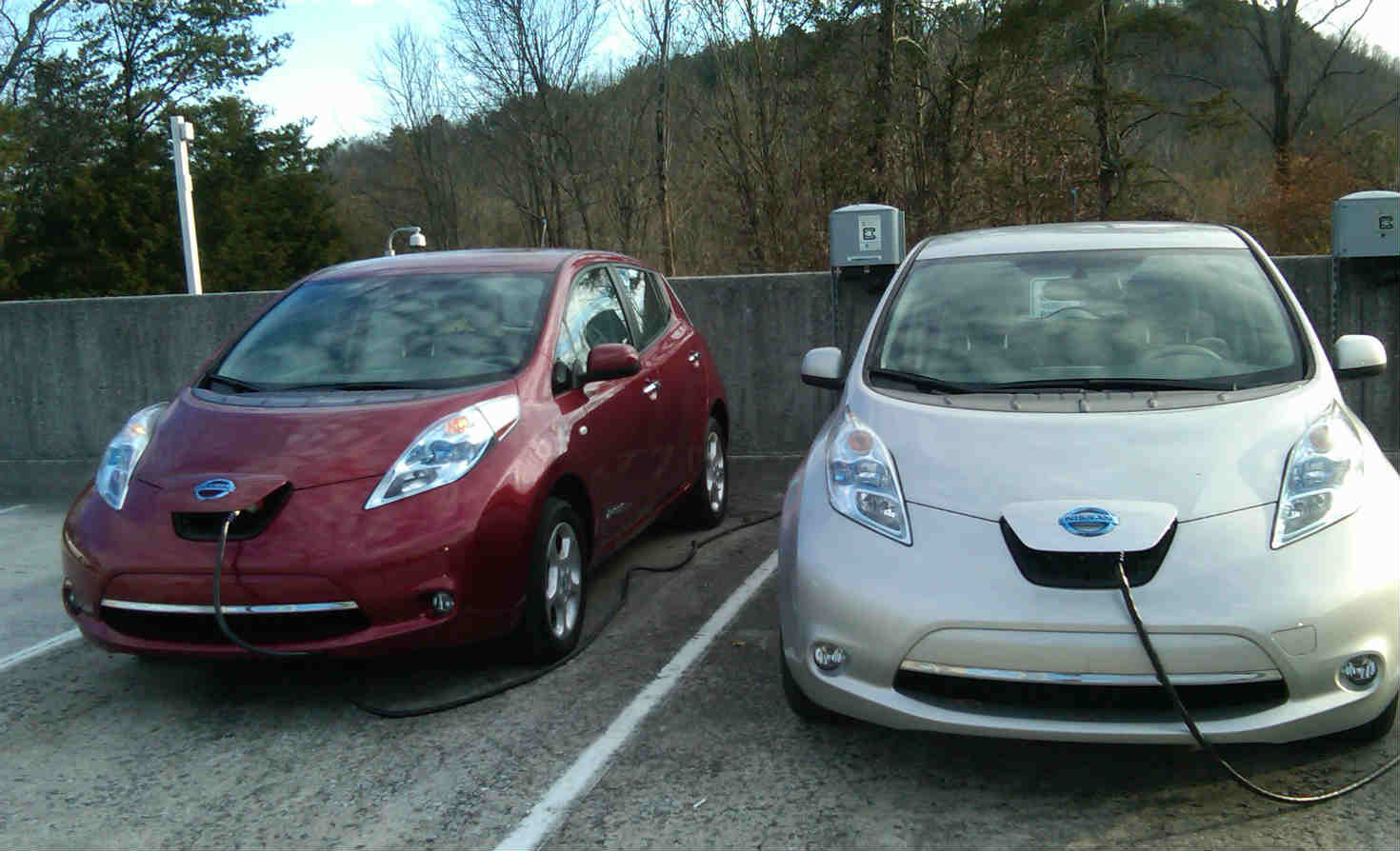 The electrification of the energy system would have large implications for the utility, including changes to traditional electricity demand — our research suggested a 31 percent decrease in building energy use and almost 320 MW of distributed solar on customers’ roofs. And it would imply the emergence of new, non-traditional demand — our research suggested that electrification of almost 50 percent of passenger vehicles and a switch to non-gas heating sources for one in three homes would be required.

Given the large changes the utility and its customers would have to make, Fort Collins Utilities approached us with a second set of questions that we think utilities of all stripes should consider.

First, how can a utility help most of its customers participate in the energy transition (by investing in efficiency, distributed solar, or other opportunities)?

Second, how can a utility roll out these new services without disrupting or destroying its own revenue?

RMI, with the support of an e-Lab working group, the Colorado Clean Energy Cluster and Fort Collins Utilities, set out to answer these questions through the design of a new utility business model.

The utility business model of the future

The first conclusion we reached was that expanding the area of a utility that typically delivers efficiency and distributed solar programs (known as an energy services program) would be inadequate. To reach mass adoption, we wanted to start with a clean slate. The utility would need to seamlessly weave together various products, services and financing tools that never had been integrated, and do so with an eye towards supporting revenue in the way it has with traditional electricity sales.

This business model would help customers access a broader range of energy services — including efficiency improvements, distributed renewables, transport and heat system electrification and demand response — in one comprehensive package, with monthly payments on the electricity bill.

This integrated utility services model — the IUS model — could, if designed correctly, align a utility's interest in its financial health with the interests of customers who want to invest in efficiency and distributed solar, and make these investments appealing to a wider range of customers. 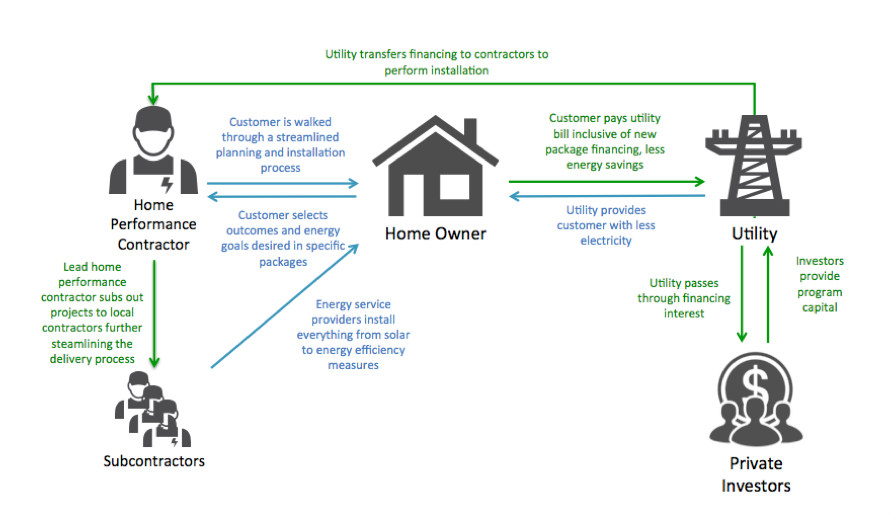 Key program features would include: a package of basic efficiency and distributed solar offerings that, when financed on a customer’s bill, do not increase monthly costs; an integrated intake and service-delivery experience for customers; a platform that allows for new services (and for innovative partners to participate in such offerings) and an on-bill financing program that would leverage diverse sources of capital.

The utility would contact customers to notify them of the new program and the options available for their home energy goals. An experienced third-party provider would contact customers and walk them through a set of choices for a bundle of services customized to their home. Contractors then would conduct audits and install measures in one fell swoop, keeping installation and procurement costs low.

With high customer adoption and bundling offering a sort of “mass customization,” the utility likely could achieve economies of scale that would lower costs even further. The utility would continue to manage billing, quality control, monitoring and verification and reporting to ensure program success. Customer bills would reflect energy cost savings netted against service charges for the improvement measures. As the program delivered results, customers could consider upgrading for additional services such as new windows or a new refrigerator.

Our initial analysis (download) shows that customers could reduce their bills by roughly 5 percent when participating in the program’s basic, bill-neutral package. Because the customers' service charges, like power purchase agreements, need not escalate as fast as utility pricing (or at all), these savings could rise substantially over time. 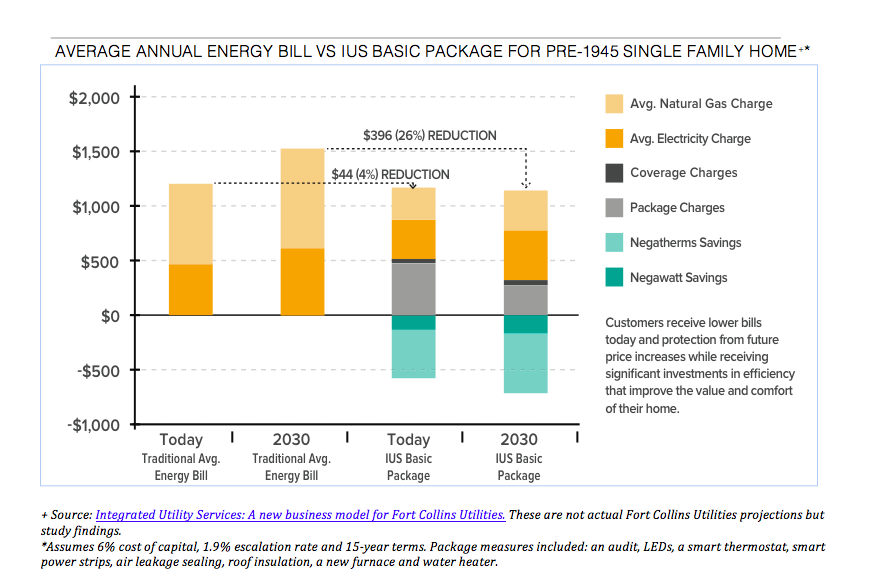 Meanwhile, utility income could increase, as these services, many of which continue to experience technology-driven cost reductions, are likely to be more profitable than traditional sales of electricity. There is also room to sell new services (just as some utilities now offer high-speed Internet).

Our analysis, using public data, projected Fort Collins Utilities’ revenue over the next 15 years. We compared a business-as-usual (BAU) case with an IUS case. The IUS case includes at least a 60 percent adoption rate of the basic package, as well as a 10 percent additional adoption of premium offerings. Depending on the program’s financing structure, Fort Collins Utilities’ annual revenues in 2030 could remain roughly constant, even as overall kWh sales decline. But crucially, revenue net of costs can remain stable (or even increase if this were the goal).

And the community would see tremendous gains. If 60 percent of the Fort Collins residential market segment participated in a basic package and 10 percent chose to upgrade to additional services (such as energy-efficient windows that might come at a cost premium but deliver great energy savings), Fort Collins’s greenhouse gas emissions could drop by more than a half million metric tons per year.

These reductions would achieve 32 percent of what RMI showed was possible across all sectors (electricity, buildings and transportation) in the "Stepping Up" report. It also would help customers access 195 MW of distributed-renewable generation capacity by 2030.

Look to the vanguard

In the face of declining overall electricity sales, even publicly traded utilities should explore options such as this. Concern abounds in the energy industry about the “utility death spiral,” the phenomenon in which the adoption of distributed energy resources eroded utilities’ revenues so dramatically that utilities find themselves forced to raise rates continually, causing energy efficiency and renewables to become that much more cost-competitive, further exacerbating utilities’ top-line erosion.

But some industry players see the advent of a new era. Publicly traded independent power producer NRG’s CEO, David Crane, wrote in a letter to shareholders:

“There is no energy company that relates to the American energy consumer by offering a comprehensive or seamless solution to the individual’s energy needs … that connects the consumer with their own energy generating potential … that enables the consumer to make their own energy choices … that the consumer can partner with to combat global warming without compromising the prosperous 'plugged-in' modern lifestyle that we all aspire to. … NRG is not that energy company either, but we are doing everything in our power to head in that direction ... as fast as we can.”

Recently, NRG partnered with Green Mountain Power in Vermont to offer products and services ranging from micropower for residential consumers (a package of renewable generation, water and space heating and storage) to electric vehicle infrastructure programs for the state. Simultaneously, companies such as Next Step Living, CLEAResult and Snugg Home seek to create energy-concierge services that provide an interface between utilities, their customers, contractors, electric vehicle dealerships and lending agencies.

Utilities have an incredible opportunity in the IUS model and related approaches to leverage their direct access to energy customers and provide them with the very products that utilities traditionally view as a threat. While it requires establishing more nuanced billing and banking systems, among other capabilities, these challenges are not insurmountable. In fact, in many ways that is exactly what competitors such as SolarCity do well.

Utilities predominantly have viewed their energy-services departments as money pits, administering cumbersome efficiency and rebate programs. But perhaps it’s time to circle back and take a fresh look at the activities and services these departments know so well. After all, those services could be utilities’ biggest hope for the future.