The NYCHA Climate Mitigation Roadmap is the authority’s most ambitious plan to date, committing the agency to electrifying its buildings by 2050. This means moving away from fossil fuel-heavy systems such as steam heating technology and toward electric infrastructure that runs on low-to-no carbon electricity.

The new plan makes NYCHA the first North American public housing authority to commit to such ambitious climate action. Given NYCHA’s nearly 400,000 residents, decarbonizing the NYHCA portfolio is equivalent to decarbonizing New Orleans, and it puts New York City one huge step closer to meeting its climate goal of 40 percent GHG reductions by 2030 and 80 percent by 2050.

As the largest residential landlord in New York City and the largest public housing authority in North America, it is imperative that NYCHA takes a strong stance in addressing its role in mitigating climate change.

All over North America, public housing is being modernized with deep energy retrofits that slash carbon emissions and greatly improve residents’ quality of life through comfort and health.

Studies have shown that burning gas indoors has significant negative impacts on air quality and asthma rates in children. Gas stoves emit numerous pollutants, including nitrogen dioxide and carbon monoxide, both of which have been shown to have significant negative effects on respiratory and cardiovascular health.

NYCHA is the largest residential landlord in New York City and the largest public housing authority in North America.

These health impacts can disproportionately affect people living in public housing. Analysis of city data reveals that asthma rates are highest where there are the densest concentrations of public housing. Additionally, an NYCHA-led study found higher rates of poor health among older NYCHA residents with very low incomes compared with more affluent older adults in New York City and the United States.

Meanwhile, a Harvard School of Public Health study of two public housing apartment buildings found significant decreases in multiple toxic indoor air pollutant exposures and improved health outcomes among participants who moved from conventional low-income apartments to "green housing." Researchers attributed the improvement in indoor air quality and health outcomes to the transition from gas to electric stoves, an observation supported by the fact that cooking times did not change.

NYCHA has an incredible opportunity to improve the health of low-income communities on an unprecedented scale.

All of this adds to the considerable evidence that chronic health problems arise from the use of gas appliances and that socioeconomic status has a magnifying effect on these problems.

As such, it is clear that the benefits of NYCHA’s commitment to electrification are twofold: mitigating climate change and improving the overall health of the city’s low-income population. NYCHA’s roadmap to electrification not only brings about necessary climate action, it jump-starts an incredible opportunity to improve the health of low-income communities on an unprecedented scale.

LL97 is the centerpiece of 11 laws passed in the historic Climate Mobilization Act, an ambitious legislative package designed to reduce GHG emissions from, and improve energy efficiency for, buildings in New York City. The LL97 reduction targets for NYCHA are portfolio-wide. Unlike private buildings, the emissions reduction requirements apply to all buildings owned or operated by NYCHA, regardless of size.

With more than 70 percent of its portfolio buildings 50 years old or older, and a repair backlog of $40 billion, NYCHA has its work cut out.

Electrification is key to deep decarbonization

In order for NYCHA to reduce GHG emissions as required, it will have to consider more transformative change than simply low-cost measures such as upgrading lighting to LEDs. RMI analysis shows that removing fossil fuel-burning systems from buildings through electrification is key to achieving the deep reductions in both energy usage and GHG emissions that NYCHA needs, while New York simultaneously moves toward a low-emissions electric grid.

Two-thirds of NYCHA’s energy consumption is devoted to providing heat and domestic hot water (as is typical in the multifamily buildings that make up much of NYCHA’s building stock), most of which is served by campus-scale steam heating systems that operate year-round. Replacing these fossil fuel combusting systems with appliances powered by clean energy (such as air source heat pumps) is generally viewed as the most cost-effective path toward large-scale GHG reductions.

NYCHA has a large and diverse portfolio of developments (326 developments across the five boroughs), combined with the severe maintenance backlog and old, inefficient steam heating systems. As such, the agency has the opportunity to pilot and catalyze the commercialization of clean energy technologies (such as larger-scale heat pump installations) and construction practices (such as tenant-in-place retrofits).

For example, NYCHA is already spurring the market development of window-mounted air source heat pumps. No such product exists at a level that meets NYCHA’s need, and the authority is partnering with the New York State Energy Research and Development Authority (NYSERDA) and working with manufacturers to bring such a solution to scale.

The agency has the opportunity to pilot and catalyze the commercialization of clean energy technologies (larger-scale heat pump installations) and construction practices (tenant-in-place retrofits).

NYCHA has experience with market transformation, having previously worked with manufacturers to develop super-efficient refrigerators. The Climate Mitigation Roadmap is a clear declaration that NYCHA is ready to take advantage of its established position in creating a market for new technology to benefit the whole region.

NYCHA: A model for cities across the nation?

If successful, the deep decarbonization of NYCHA through electrification could make the authority the equivalent of one of the world’s biggest green, no-carbon cities. Deep decarbonization will do more than simply address NYCHA’s maintenance backlog — it would make New York’s public housing a key lever in the city’s decarbonization efforts, while also significantly improving the health and living conditions of communities long overlooked.

According to the U.S. Department of Housing and Urban Development (HUD), about 1.2 million households live in public housing units, managed by about 3,300 public housing authorities. There is an opportunity to take NYCHA’s lead and follow suit in ensuring that housing is not just affordable but green, too.

The Chicago Housing Authority most recently unveiled a housing development with BIT building certification, an achievement that represents the increasing adoption of resource efficiency and sustainability practices nationwide. The city of Boston committed to designing future city-funded affordable housing projects to a Zero Net Carbon standard for healthier and greener affordable homes.

Transforming buildings to be more energy efficient and free of fossil fuels will make homes and communities healthier, more comfortable and more equitable. The time is now for cities and states to commit to simultaneously address racial and social equity as well as mitigate climate change. 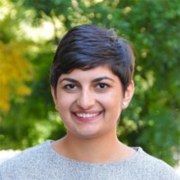 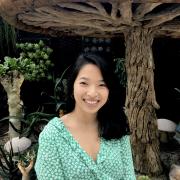 See all by Sherri Billimoria