In December, New York Governor Andrew Cuomo directed the state's regulators to come up with a plan to reach 50 percent renewables by 2030.

New York is in good company with other states looking to increase their renewables and fight climate change. Several states including Hawaii, California, Vermont and Oregon are leading the way with major increases in the past year in their clean energy targets. And with a series of executive announcements and regulatory activities over the past two months, New York is staying firmly at the head of the pack.

Over the past year, several states have ratcheted up their renewable portfolio standards (RPS) to make them more aggressive.

Vermont: Just three days following the Hawaii action, Governor Peter Shumlin of Vermont signed HB40 into effect. This bill included an increase to the state’s RPS to 75 percent by 2032. Vermont continues to have progressive energy goals and stands out as a frontrunner in the fight against climate change, including a longstanding commitment to energy efficiency.

Oregon: Picking up where other states ended 2015, last month Oregon’s two major investor-owned utilities, Portland General Electric and Pacific Power, announced that they are backing a bill to phase out coal-fired generation by 2030 and to increase the RPS to 50 percent by 2040.

All this activity elsewhere in the country puts New York in good company as it strengthens its commitment to clean energy development.

The key challenge now for all these states is to not only build new renewable generation sources, but to also build a new integrated energy system that deploys assets to their best use while harnessing new technologies and employs business models that improve customers’ relationship with their energy supply.

In order to meet the 50 by 30 goal, NYDPS describes a path forward in its CES white paper. The paper outlines the principal policy objectives of the CES, which include increasing renewable electricity supply to achieve the 50 percent goal and promoting the progress of REV market objectives.

The plan also includes provisions to extend the operating licenses of select nuclear plants in the state to support reliability and to serve as a zero-carbon bridge fuel while greater renewable generation is built out. In addition, NYDPS laid out a series of recommendations to meet these objectives, including:

Recently, Governor Cuomo also announced a $5.3 billion clean energy fund that will include funding to support the CES as well as the state’s energy efficiency, clean energy, and energy innovation programs.

The fund sets a 10-year target for energy efficiency savings of 10.6 million MWh of electricity and 13.4 million MMBtu of fuel consumption, 133 million tons of CO2e reductions, $39 billion in customer bill savings, and $29 billion in private investment.

Electricity reform a critical piece of the clean energy puzzle

Most notably, the Reforming the Energy Vision (REV) proceeding has recognized the importance of a whole systems approach to electricity reform, including a rethinking of the conventional utility business model and new approaches to distribution system planning and operations.

These programs seek to unleash market innovation and develop a more robust market for distributed energy resources, complementing the large-scale wind and solar projects that historically have accounted for the bulk of states’ RPS programs. With REV, New York is driving towards a future that includes not only clean energy but also greater affordability, a customer focus, more efficient buildings, increased resiliency and reliability, and an animated market for clean energy resources.

Where 2014 saw the establishment of the REV proceeding and the setting of overarching policy objectives, and 2015 was about making some key decisions and refining priorities, 2016 is likely to focus on implementation. The clean energy standard creates the mandate but other activities will define how it is achieved and what the future market will look like.

For example, the six New York utilities are required to file their distributed system implementation plans (DSIPs) in June. The DSIPs will propose necessary grid investments to achieve the REV vision, identify areas of the distribution system for asset deferral through DERs or other means, and should move the ball forward on release of system information to shine light on system planning and operations.

Complementary to the DSIPs, the Commission launched a proceeding in December to determine an “interim successor tariff” to net metering and set a path for eventual establishment of a more accurate “value of DER” pricing approach. If done well and in a coordinated fashion, these multiple regulatory initiatives should create a more robust marketplace to allow distributed renewables to become a significant asset for achieving the CES.

While a lot of important details clearly need to be worked out, all this activity in New York and across other states points to welcome and meaningful growth in renewable energy development. It is increasingly clear that when states enact ambitious clean energy requirements in a binding manner they are much more likely to achieve these levels.

Disclosure: RMI serves as a strategic advisor to the NY Department of Public Service on the REV proceeding. 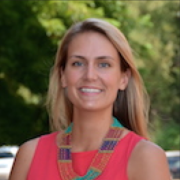 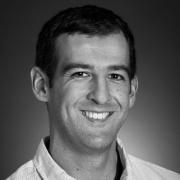 See all by Courtney Fairbrother