Its evolution sends a message to utilities and policymakers.

The Renewable Energy Buyers Alliance (REBA) made a media splash this spring when it launched as an independent trade association after existing for four years as a collaboration between four NGOs. Its creation is a milestone in the clean energy transition, underscoring the unsated hunger among corporate energy buyers for more and simpler renewables procurement options.

"This form of REBA, having a business trade association, an organization that is in the form that companies use for their highest policy and political priorities, was worth the sacrifice," said Lou Leonard, senior vice president at WWF. "[We thought it] would send a message to utilities and policymakers that companies buying renewables had graduated to a new level of serious and impact and potential."

A trade association is born

REBA, which today includes 200 large corporate energy buyers and over 150 clean energy developers and service providers, originally launched in 2013 as a co-branded effort between the four NGOs and a handful of companies trying to buy renewables, including Google, Walmart and General Motors.

The group gathered for the first renewable buyers day hosted by WWF in the fall of 2013, said Miranda Ballentine, CEO of the new, independent REBA.

"It was a bit of a watershed moment to have that one meeting with 13 companies and four NGOs in one room together," said Ballentine, a renewable energy buyer for Walmart at the time. "That was part of the magic of that one meeting. It catalyzed everything REBA is today."

That magic was a commitment to the cause — scaling clean energy — above competition between companies for market share or the NGOs for "owning" relationships with the corporate partners. It was the first time a group gathered formally to talk about barriers and goals of corporate clean energy procurement.

We were able to see that bigger prize and work constructively together and make our goals subordinate of the biggest objective of the mission.

"In the end, we are here to drive impact. We get out of bed to accelerate the clean energy future, not to build our organization," said Jules Kortenhorst, CEO of RMI, recalling the decision to support the creation of an independent REBA. "We were able to see that bigger prize and work constructively together and make our goals subordinate of the biggest objective of the mission."

Five-and-a-half-years later, the four founding NGOs have sacrificed a small piece of themselves to allow for the new entity to unfurl its wings and become independent. 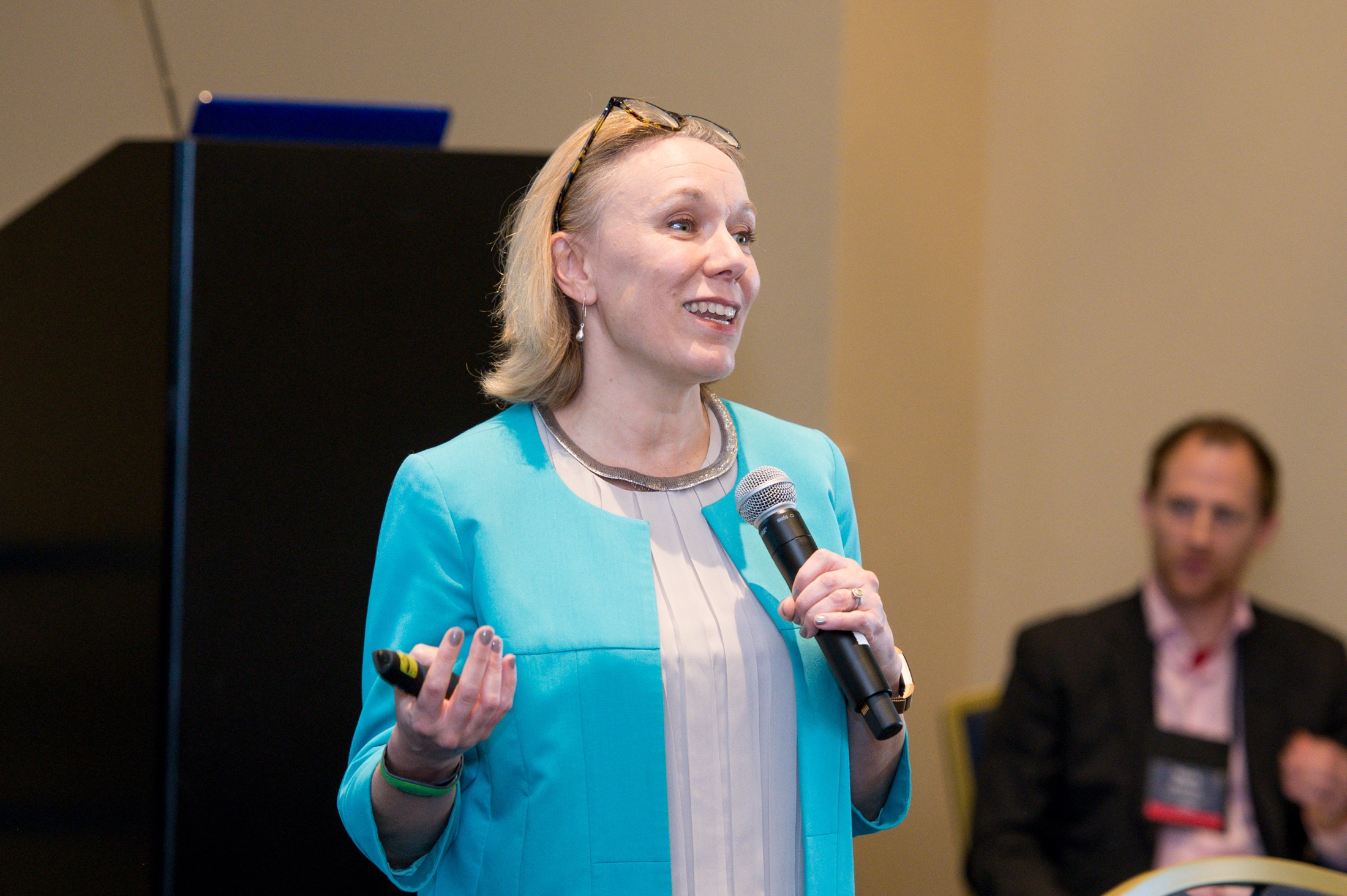 "It’s a credit to the four organizations that they were able to collaborate and form a new organization to have greater impact," said Lori Bird, director of WRI’s U.S. energy program.

The idea of an NGO spinning off a new organization to support the private sector in itself is not new. It is a tried-and-true strategy of many NGOs, including BSR and WWF. But the example of four separate NGOs coming together and combining their specialties to create a new organization (like an NGO equivalent of Captain Planet) is fairly unique.

"When you have multiple NGOs and therefore multiple parochial interests at play, the idea that you have something that is co-created and then we could collectively agree on the timing and the form and the donation of our staff is unique," Leonard said. "I don’t know another example of that."

There wasn’t any other illusion that these objectives were going to be achieved by people running their own way. The case [for collaboration] was so obvious.

"There wasn’t any other illusion that these objectives were going to be achieved by people running their own way. The case [for collaboration] was so obvious," Olson said. "We also had corporates that were committed and willing to be pushy with us to get over whatever parochialism that was there."

The turning tide on renewables

The idea to spin out REBA was always the plan. While each NGO brought a unique skill set and program, the member companies involved wanted to reduce redundancies and streamline coordination with the NGOs. It took a while for the market to catch up to the vision.

Today, more than half of Fortune 500 companies have some renewable energy goal. Companies are a major driver in renewable energy growth, with 40 percent of solar capacity in the United States powering businesses. And the appetite is growing: 2018 was a record-breaking year for corporate procurements, with more than 6.5 gigawatts of contracts on the books.

It helps that large-scale, unsubsidized solar and wind is now cheaper than its dirty counterpoint on a levelized cost basis, according to analysis from BNEF. Wind outcompetes even low-cost gas generation in most locations in the United States. Some calculations show that building new renewables is cheaper than operating existing coal.

The reason so many corporates are excited about procuring renewable energy is not only because it’s the right thing to do from a climate change point of view, it's also more cost-effective.

That means on a purely cost-per-kilowatt basis, wind and solar will be the cheapest bid for the U.S. grid today.

"The reason so many corporates are excited about procuring renewable energy is not only because it’s the right thing to do from a climate change point of view, it's also simply because it’s more cost-effective," Kortenhorst said.

With its new legal status, REBA sees an opportunity to broaden the scope of its work to push the renewable’s market on multiple fronts. REBA is a 501C(6), tax-speak for a non-profit designed to promote business interests that is able to engage in political lobbying.

In addition to streamlining the procurement process, the new organization has its sights on encouraging technological breakthroughs, supporting market innovations and aligning policy incentives — although all the details are still in the works.

The four NGOs will continue to work with REBA as advisers and through the programs they’ve spearheaded: Business Renewables Center (an RMI-powered platform that streamlines corporate purchasing of off-site clean energy); the Future of Internet Power (a program from BSR that aims to ramp up renewable energy use for data centers); the Buyers Principles (WWF’s program to simplify the corporate renewable procurement process); and Green Tariff programs (WRI’s initiative to encourage utilities to provide renewable options for corporate customers).

REBA has an ambitious goal; it aims to catalyze 60 gigawatts of new renewable energy by 2025 — an amount about equal to the total solar capacity in the United States, which reached 64 gigawatts at the end of 2018.

"REBA really needs to succeed. It’s the NGO equivalent of 'too big to fail,'" said Olson, noting the growing urgency to transition the economy to low-carbon solutions. "We consider where we’ve gotten to as the starting gun."