Following on the heels of other recent company CSR rankings, Newsweek released its 2010 Green Company Rankings this week, which rates the 500 largest U.S. companies and 100 largest global companies. Newsweek's inaugural list last year generated enormous buzz, both among consumers and corporate sustainability leaders, and this year's list looks like it will be met with similar excitement and debate.

As Joel Makower reported, the methodology didn't change too much from last year and the differences among top companies are very minor in many cases as well. Many companies did not change positions, and if they did it was generally not very substantial. As last year, Newsweek used a "Reputation Survey Score," as one component in the rankings in addition to performance metrics. This reputation score was computed by sending out surveys to almost 15,000 social responsibility professionals and asking them to rate a random sampling of fifteen companies each.

One of the major changes to the methodology was a new measure of disclosure. Disclosure of factors that contribute to the environmental footprint counted for 10 percent of the environmental impact score. This is important as it shows an overall market trend towards the significance of transparency and large corporations disclosing more sustainability information than ever before.

Predictable or not, the companies that disclose the most information also tend to be the best performers in environmental and social responsibility performance. Based on an informal analysis I conducted between GoodGuide company performance and disclosure data, Newsweek rankings, and several other CSR rankings [PDF], companies that have been more forthcoming with information, even if the information isn't always positive, tend to be better performers as well as have a better sustainability reputation. Hopefully by the time Newsweek's 2011 Green Company Rankings are computed, many more large corporations will see the value in being more transparent with their sustainability efforts as more and more consumers demand that type of information.

Also of note, Newsweek made an effort to make both the print publication and their online version much more consumer-oriented than last year. This year features stories on 10 Big Green Ideas and Choosing the Greenest Consumer Products, a video and slideshow, all of which provides additional green content to Newsweek's millions of readers. And now the debate begins: Is Dell really better than HP? And where's Apple? 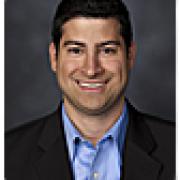 How to Maximize the Performance of Ecolabels

3 Ways to Improve Your Retail Bottom Line with Sustainability

Are There Too Many Eco-Labels and Green Ratings?

The Value of Rewarding Consumers Who Make Green Choices

See all by Joshua Saunders