The next frontier for smart grids is decoding Big Data

The Internet of Things and Big Data will give electricity customers lots of options on how and where to get power.

The digital age has empowered consumers in many sectors, including telecommunications and retail. Now that similar smart technology along with distributed generation is being adapted for the energy sector, it is providing customers with the opportunity to demand an array of new services.

Such services include integrated and controllable online devices, the ability to benefit from dynamic tariffs, and sales of any on-site power, green options and payment choices, with engagement whenever they want it and on their terms.

"By 2015, there will be 1 trillion connected devices and objects generating 2.5 GB per day of data," said Laurence Carpanini, director of smart grids and metering at IBM’s United Kingdom division.

He predicted that energy suppliers and "proactive" power-producing consumers, or "prosumers," could receive a range of smart services from a cloud-based marketplace, driven by data as the new natural resource.

Kevin O'Donovan, sales director at Intel, agreed: "The internet of Things is all about connecting many devices and doing more with them online, and all in real time."

However, other attendees of a recent Smart Grid World Summit in London, including Stephen Woodhouse, a director at consultant Poyry, expressed concern that with the current unbundled, competitive regulatory design in countries such as the U.K., new entrants and customers might take all the additional value created by smart grids. This would come at the expense of established suppliers, endangering the ability of utility investors to ensure returns on the capital outlay required.

"The new technology means barriers to entry into the energy supply market are falling; those who succeed will be the ones which use data most effectively," Woodhouse said.

While barriers to entry may be falling, other business exectives point out that, while new entrants could match utilities' access to supply sources with market purchases, it took considerable time for them to build a customer base — even in retail markets as competitive as those in the U.K. That’s because of the reluctance of consumers to switch. However, most conference attendees agreed the changes tended, overall, to undermine the existing centralized power system model in favor of a more distributed one, and that established suppliers needed to develop new business models and get the data side right.

Among other things, utilities must break away from using data siloes, which cannot provide a fully integrated system and are not appropriate for high-volume, high-density data, said Mike Ballard, director of industry strategy at Oracle. Analysis then can be used to attain information including usage profiles and customer preferences, as well as monitoring the system to maximize efficiency, with results integrated back into operations. If implemented effectively, the benefits derived should produce returns for those implementing the smart meter roll-out, as well as customers, he noted.

The move toward smart grids and more renewables also alters what is important to energy systems, according to Woodhouse and others, but so far regulators have been unable to attach value to these new desirable inputs. Above all, as the proportion of renewables rises, an increased value is associated with system and capacity flexibility in order to cope with the periods of low renewable output.

In future systems, Oliver Schafer, president of the European Photovoltaic Industry Association, said no base load would be required, as this would be displaced completely by renewables when they are running — "it is only the gaps that need filling in a majority renewable smart system," he said.

At the same time, consumers increasingly will become generators — mostly from rooftop solar — and holders of storage capacity, largely in the form of electric vehicles. This will mean their home or business-based energy systems would require two-way flow, not yet available in many European countries.

IBM's Carpanini said that the technology was indeed moving far faster than regulatory frameworks, and without clear regulatory guidance, it is difficult to develop an appropriate business model.

"There is a certain amount of shoe-horning of the new systems into existing regulatory frameworks, which will inevitably need to change at some point," he said.

To get the right changes, the EPIA has teamed up with its gas and wind counterparts in an attempt to put forward joint proposals that will enable the next stage of a transition to a lower-carbon, smarter energy system, according to Schafer. He said that unlike base load supply, an efficient back-up gas-fired generation — or some other relatively low carbon form of supply or demand flexibility, such as demand side management or storage — is essential for grid stability when renewable generation is low.

Smart meters, Big Data, analytics, cloud-based technology and the Internet of Things are all making contributions to a smarter energy system. 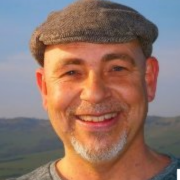 See all by Jeremy Bowden