In his more than two decades with the United Nations, Nikhil Seth has played a pivotal role in the development of first the Millennium Development Goals in 2000 and now the Sustainable Development Goals, slated for adoption in September as global guideposts for efforts to advance human and planetary well-being. Now director of the Division for Sustainable Development with the U.N.’s Department of Economic and Social Affairs, Seth recently shared his hopes for the SDGs with Ensia and Terry Waghorn of Forbes.

Mary Hoff: What worked well for the Millennium Development Goals? What needs changing?

Nikhil Seth: The ’60s and ’70s — the development decades — were essentially about compacts between developed and developing countries, where developing countries were promised aid in return for stronger action on issues like promoting democratic participation, human rights and good governance. Then came the summits and conferences of the ’90s: the Children’s Summit in 1990, the Rio Summit in 1992 and environment and development and social development in ’95, the advancement of women. The problem was they were focusing, essentially, on issues in silos. These issues, of course, cannot be handled in silos; everything is related to everything else.

Then we came to the MDGs. The MDGs were seminal because the focus became much more on the goal/target structure. The MDGs essentially focused on social issues like poverty, hunger, gender equality, health, environmental sustainability.

The MDGs were conceptually a breakthrough, but the problem was they were not qualitative or very deep. To give you an illustration of that, the goals on gender equality and empowerment had no reference to violence against women. Similarly the issues of peaceful society, of justice, of human dignity, of human rights, are all missing from the MDGs.

The SDGs look at all these issues. They look at social issues, economic issues, environmental issues and issues of peaceful and just societies, as well as a means of developing these goals in a comprehensive and integrated way. So we’re getting something right this time: The things we had left out in the MDGs, the integrated nature of this agenda and, most important, an agenda that broke from the north/south way of viewing development.

We are on the cusp of a transition in the way development issues are being handled, globally and nationally. I hope that the success we’ve had so far will continue with the adoption of a far-reaching development agenda in September.

Hoff: Do you think you’re putting enough energy into engaging all the different constituencies?

Seth: Well, to be honest, on the communications side, on the ownership of the agenda side, no matter what you do, it’s not going to be enough. This is generally something just to be calibrated at national levels. What will resonate in the Sahel will be very different from what resonates in Amazonia. What resonates in Germany will be very different from what resonates in Greece. So I think we need a big communication exercise to show how this agenda needs to be adopted, particularly at the national level, by all actors in society to make it a reality.

Hoff: Most of the news is really quite negative — it’s been the warmest year on record and 52 percent of the world’s species have died off, and it’s negative-negative-negative. But you sound really quite optimistic. Do you think that five years out the world is going to be a much better place than it is today?

Seth: I think that establishing the long-term development agenda and the focus on all the kinds of issues you mentioned, climate change and so on, they are enmeshed in the SDGs. But what derails it is our shocks: environmental shocks, social shocks, political shocks, economic shocks. These kinds of shocks need greater resilience and better emergency response mechanism. That’s going to be one of the biggest challenges we face.

I’m not sure the international community has got it quite right on coping with these unforeseen economic, social, environmental and political shocks. All kinds of issues are very important in the short term, but they shouldn’t detract from the long-term vision of sustainable development.

How do you get the world’s attention on this long-term agenda, which gets diverted so easily by immediate events? That’s going to be the challenge of the next 10, 15 years.

Hoff: And your solution would be?

Seth: My solution to this is a greater collective ability to respond to these shocks, greater coordination on economic financial issues, greater cooperation on weather forecasting, greater cooperation on things like financial inclusion, and trying to give insurance to our societies, collectively, that they will be protected and provided buffers against these unexpected and unanticipated shocks. We need to focus much more on our responses to these events. We hope that this year we’ll be defining and building the kind of resilience the world requires to cope with these unexpected events.

Just these three big transformations — agriculture systems and energy systems and in the way city management is handled — would make a big difference to the world of our future because the trends that we see, particularly the big demographic trends, are pushing the world into higher and higher levels of energy consumption, and they’re pushing the world into agricultural practices which will not make our food systems sustainable. So if we can get these three transformations, I think we’ll be doing something right.

Hoff: How can we make this happen?

Seth: The key to many of these transitions is in technology — the kind of new connectivity we have, the ability to share information, to share best practices. For example, I think one of the very important things towards addressing poverty would be financial inclusion and the power of the mobile telephone and the technology around finance. But of course, apart from technology, we need resources. 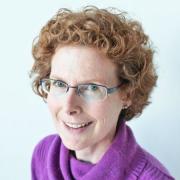 15 things biodiversity protectors are watching out for in 2022