The No. 1 way to win buy-in through hearts and minds

As a changemaker, you constantly face challenges to gain buy-in, engage others on the journey and measure impact. In the new Purpose and People column, Shannon Houde curates market insights and tried-and-tested best practices from global practitioners and thought leaders who have pushed beyond their roadblocks to achieve a personal purpose and scalable impact.

I am proud to be kicking off our new Purpose and People column with the chief executive of "creative change agency" Impact International, David Williams, who says good leadership is all about communicating purpose and enabling people to be their best.

Back in 1980, some early media attention landed Impact a lucky break, coaching entrepreneurial managers using an experiential learning approach for what is now British Telecom. A few years later it had landed contracts with Marks & Spencer and Apple, when Apple only had 30 people in the United Kingdom. The program with Apple was made more interesting in that it was paid partly by payment in new computers instead of money. Impact has been an Apple house ever since.

I had the chance to meet with David via video conference from his cozy office in the English Lake District, the mountainous region in the North West England, where he aims to "liberate people within an organization to release brilliance and potential."

Shannon Houde: What is the secret sauce in building buy-in across an organization?

David Williams: It takes a holistic approach. Businesses are there to be successful financially, but should never assume that people work there only for financial reward.

The biggest pain point that I see is companies falling into the same trap: trying to make change happen top down.

To give everyone some influence over how the organization operates, we should openly ask what the organization can do to improve. It may be operations or how people are feeling, but leaders should prepare to really listen and take action.

Houde: What are some of the differing cultural contexts with regards to leadership and engaging teams?

Williams: Our concept of leadership in the West is often connected to charismatic men. The propensity in the Western world is to promote people because they can do the job rather than because they are a good manager, that is, have the behaviors to engage people.

In the United States, people are caught up in individual pay, individual achievements. Organizations want staff working in teams, but there is little incentive to work collaboratively. The culture pulls in the opposite direction of what organizations want to achieve.

I see a lot of organizations in Asia — Japan, Thailand, Hong Kong — engaging staff from the bottom up. In Asia, for example, leadership can often belong to whoever is "holding the flag." It is less about position and more about responsibility and role.

Houde: What are the pain points for managing change within business?

Organizationally, we need to be clear what the purpose is, beyond making money.

Change happens because people want it and will it to happen. If they feel that change is being imposed upon them, then they will reject it. To get people ready for change, first get them involved in influencing it. Change is about either working differently or doing different work.

I first learned this in 1987 when we opened our office in Japan. They actually have a term, nemawashi, which means preparing the organization for change. The process behind this is to develop messages, ideas, questions, answers — all flying up and down around the organization before anything happens. It is a consensus-driven approach to change.

Houde: Why are leaders afraid of a bottom-up approach?

Williams: Senior managers get nervous that they think they need to have all the answers, that they may have a reputational risk of not being in control, worrying about how their audience will perceive them.

Some of the smaller organizations that are growing fast have mastered the art of engaging with the workforce — they have embraced engagement for change. An example of this was Innocent Drinks. As they grew, they used the model of empowering and engaging with the complete workforce.

The same thing was true at Apple; when Steve Jobs was there and after he left, the company tapped into the enthusiasm of the workforce. The way they engaged internally got the best out of their people.

Houde: Anything else you would like us to know about building buy-in through hearts and minds?

Williams: It is all about purpose. Organizationally, we need to be clear what the purpose is, beyond making money. Then to engage with the purpose of the people we employ. Anyone who is genuinely interested in engaging with hearts and minds needs to know what their people are interested in. We ask our people, "What would you like to be doing in three years’ time — why and how can we help you get there?" The trust is built, the buy-in is there and then we have to deliver.

Houde: A lot of what David had to say really resonated with me.  As a leadership coach in the impact sector, I see empathy and empowerment as crucial tools to bringing others along on the change journey. 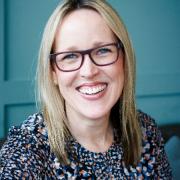 The soft skills that make for success in sustainability

How to be a ‘sustainability catalyst’

The Marine Stewardship Council’s Angelina Skowronski on selling sustainability, the upside of being an extrovert

Carving out your sustainability career in the private sector