This article is sponsored by 3Degrees.

The push for companies to incorporate renewable energy commitments into their sustainability goals has continued to grow over the past few years. Companies are getting pressure from stakeholders at all levels — employees, environmental advocates, investors, customers — to double down on their environmental commitments and in particular, increase their use of renewable energy. Here are just a few examples:

As a result of these initiatives and others, over 60 percent of Fortune 100 companies have set clean energy targets as well as nearly half of the Fortune 500, according to World Wildlife Fund.

Over 60% of Fortune 100 companies have set clean energy targets as well as nearly half of the Fortune 500.

The dangers of inaccurate marketing claims

But it is important to talk about renewable energy purchases accurately. Here’s why:

One megawatt hour of renewable energy generation creates one REC and all RECs are uniquely numbered.

As a reminder, all power you purchase from your utility comes to you through the electric power grid. No matter what the source of that energy — coal, natural gas, wind or solar — it is all mixed together on the grid and it is impossible to differentiate based on generation source. This physical reality makes RECs necessary because buying RECs is the one way you can contractually purchase renewable energy and are required even if you have wind or solar facility onsite.

Once you confirm that you own the RECs, you also must:

The key to making appropriate claims is understanding the contractual ownership of renewable energy.

Making an investment in renewable energy is becoming more common, but it is still not the norm. So, when your company does make the decision to invest in renewable energy, it is something to celebrate, something worth talking about. Just make sure you are doing so accurately, to protect your organization, support your stakeholders and support the market for renewable energy.

This article was adapted from our recent white paper, "The do’s and don’ts of marketing your renewable energy purchase," which provides more tips on how to accurately promote your investments in renewable energy and specific landmines to avoid. 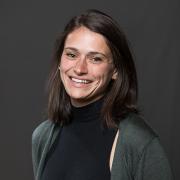 See all by Maya Kelty