Rechargeable lithium-ion batteries are — or could be — at the heart of many clean energy technologies, from more efficient mobile phones to better electric vehicles to decentralized power grid solutions. A report published last week predicts that the market could experience a compound annual growth rate of 22.6 percent between now and 2025, fueled by those applications and others that haven't yet been commercialized.

Some technical concerns still are associated with this technology — such as whether it can hold enough charge for heavy-duty applications such as trucks or backup alternatives that last days, not minutes, without becoming too big and bulky. But aside from them, one common objection to the increased reliance on lithium-ion batteries of all sizes has been the long-term availability of the materials used to build them and the oft-questionable methods by which they are extracted.

The Silicon Valley arm of IBM Research, home to many breakthroughs related to semiconductor manufacturing, is trumpeting a materials science innovation that could strike a chord with companies worried about both issues. IBM scientists in the battery laboratory there say they have created multiple prototypes of a battery that uses a cathode free of both cobalt and nickel, which are in increasingly short supply.

Cobalt is particularly problematic. Close to 60 percent of the world’s cobalt supply currently originates from the Democratic Republic of Congo (DRC), and it isn’t simple to figure out what’s coming from where. Indeed, a wrongful death and injury lawsuit filed in mid-December against technology companies Apple, Google, Dell, Microsoft and Tesla by International Rights Advocates accuses the five firms plus other defendants of buying cobalt from DRC mines that use illegal child labor. 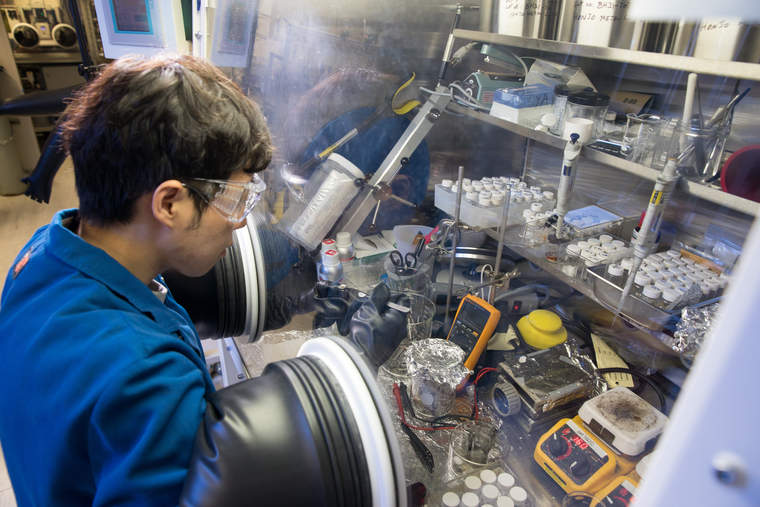 In prepared statements, Apple and Dell denied knowingly buying from illegal miners and pledged to continue monitoring their supply chains for human rights abuses. But the controversy puts new pressure on companies that rely heavily on lithium-ion technology for current and future revenue to ensure the viability of their sourcing.

Enter IBM's new discovery. In a blog about the experiments, Young-Hye Na, manager of material innovations for next-gen batteries with IBM Research, wrote:

The materials for this battery are able to be extracted from seawater, laying the ground for less-invasive sourcing techniques than current material mining methods.

Just as promising as this new battery’s composition is its performance potential. In initial tests, it proved it can be optimized to surpass the capabilities of lithium-ion batteries in a number of individual categories including lower costs, faster charging time, higher power and energy density, strong efficient and low flammability.

"All three companies are working together to try to make this a commercial reality in as little time as possible," said Bob Allen, senior manager of chemistry and materials research at IBM Research.

While IBM’s blog is light on technical detail, Allen said iodine is a key component of the new chemistry. The element is predominant in sea vegetables such as kelp, as well as scallops, shrimp and cod.

A key breakthrough is being able to use the combination of a cathode and electrolyte with a high flash point, meaning that lithium-ion batteries that use the materials theoretically aren’t as flammable.

Here are three other results of IBM’s tests on coin cell-sized versions of the chemistry:

To be clear, there’s a whole lot of testing to be done to probe the viability of these materials and where they might be appropriate to use —not just different sizes but also different formulations and different variables, such as what would happen under different temperature conditions. And no one’s talking timeframes. "Transformative technologies need to be able to scale," Allen said.

But considering the history of this IBM testbed and its other inventions, such as the atomic force microscopy behind many semiconductor, solid-state physics and molecular biology advances in recent years, these experiments could strike the right chord with battery-technology skeptics.

Who will win the battery wars?