Leading sports leagues in North America are striving to meet their environmental challenges as growing attention is focused on climate change issues. Each major sports league is pursing a multitude of green initiatives.

As a follow-up to the market insight article "Take Me Out to the Ball Game -- North American Green Stadiums," published in May 2008, Frost & Sullivan looks at some of the initiatives the major sports leagues in North America.

With playoffs about to begin, the MLB is following a program it launched in March 2008 in collaboration with the Natural Resources Defense Council to advise each of the 30 MLB teams on green initiatives. The NRDC has been a strong partner with pro sports leagues in their environmental efforts.

The MLB's initiatives are intended to create a healthy and pleasant environment for players and fans, while exerting a positive influence on environmental stewardship on a local and national scale. The idea is to promote and support environmentally responsible business decisions on the part of the teams, while facilitating the creation of environmentally conscious fans and team sponsors.

Under the MLB program, whose goals include sustainable resource management and reduction of operational footprints, teams make their own choices about how to work toward those goals and increase their energy efficiency, reduce waste and increase sustainability of day-to-day operations.

In 2008, each team was tasked to develop an environmental policy, which included the following core requirements:

Teams are to extend their environmental policy to all levels of operation -- procurement, sponsorship contract requirements, team communications, staff involvement at all levels and the development of a reporting structure.

Many teams have used these policy requirements as a template for developing efficient stadium designs. And many such plans have also used the Leadership in Energy and Environmental Design (LEED) certification standards developed by the United States Green Building Council as a guide.

Making its debut in 2008, the new Nationals Park in Washington, D.C., was one of the first stadiums to achieve LEED certification. Newly built stadiums for the New York Yankees and New York Mets have also achieved this building standard.

The NFL initially created its environmental program to offset the impacts of the Super Bowl and the effort was expanded to other major events. NFL Environmental Coordinator Jack Groh oversees the program. Originally, it focused on the following for the Super Bowl:

The same initiatives have also been implemented at the Pro Bowl and the NFL Kickoff, and support for the program has led partnerships with local communities and agencies. These initiatives not only had a positive influence on the communities involved, but also brought greater public and media awareness for environmental stewardship efforts.

Some of the biggest challenges faced by the program involve identifying the overall environmental impact of each event, developing effective ways to offset these issues, and measuring the effectiveness of the initiatives so the overall benefit is easily determined. Metrics included in this program are diversion of solid waste from landfills, tonnage of materials salvage for reuse, tonnage of food recovered, and tons of carbon offset by reforestation initiatives.

Although there are no plans to expand the NFL Environmental Program to each NFL team similar to the MLB initiatives, the Philadelphia Eagles have set the bar for major environmental efforts by a pro team. The Eagles' Go Green campaign began in 2003. Working with the NRDC, the Eagles improved the environmental efficiency of the stadium, training facilities and team offices.

As a result of efforts on and off field:

The team made history in 2005 by hosting the NFL's first climate-neutral game, serving as a strong case study for sports environmental stewardship for other sports teams and leagues to follow.

The NBA, which is poised to begin its regular season, conducted its first NBA Green Week this past April. It too worked in close collaboration with the NRDC.

Like the MLB and NFL, the NBA hopes to positively influence the environmental awareness of fans, players, and team sponsors to live green, work green and find ways to improve the environment. In contrast, however, the NBA has the potential to impart this influence to more fans due to its popularity in other regions of the globe.

The NHL is also expected to continue making environmental strides this season. The league's launched its environmental initiative in 2007 in collaboration with the NRDC and GreenLife.

The NHL's Green Plan focuses on increasing operational efficiency, using renewable resources and offsetting greenhouse gas emissions. The NHL has used the technical and strategic advice offered by the NRDC to implement the solutions offered by GreenLife, with whom the league has a strategic marketing alliance.

By incorporating new efficient technologies, implementing efficient operational processes, and becoming more aware of environmental concerns, the major sports leagues of North America are facilitating other franchises and leagues to take responsibility for environmental stewardship. This creates opportunity for further expansion into the sports industry by environmental vendors. 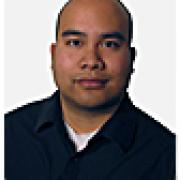 See all by Eric Meliton