In addition to the four jurisdictions that have committed to move forward with the TCI program, eight more states — New York, New Jersey, Pennsylvania, Maryland, Virginia, North Carolina, Vermont and Delaware — expressed support for the goals of the initiative, indicating they may join later.

Now more than ever, we need policymakers to invest in transportation solutions that protect public health, tackle climate change and provide new transportation opportunities for all people, particularly the underserved. While much work remains to transform our broken transportation system, this innovative regional TCI agreement marks an important step in the right direction.

The TCI program is a major commitment to protect public health, tackle climate change and invest in communities.

Under the TCI program, the states will cut carbon pollution from cars and trucks — the country’s biggest source of climate pollution — by 30 percent over nine years and invest in cleaner, healthier and more sustainable transportation. By helping move the region off fossil fuels, the regional program also will cut other unhealthy pollution, such as soot and smog, from vehicles. As the states look to build back better from the pandemic and economic fallout, the TCI program will be an important tool in the toolkit to help stimulate much-needed job growth, create more reliable transportation and improve people’s everyday lives.

Decades of disinvestment have created an outdated, dirty and inequitable transportation system that has most harmed Black, Brown and low-income communities. As part of their agreement, participating states have committed to ensuring the TCI program’s implementation and investment decisions promote equity and build a more just transportation system.

The TCI program will establish a legally binding cap on carbon pollution from transportation, but the states have acknowledged that the initiative’s full potential cannot be realized solely by applying this cap on pollution. It also must include strong safeguards and standards, including explicit commitments to invest in mass transit and other equitable and sustainable transportation solutions. For the TCI program to succeed, it must address the systemic racism that Black, Brown and low-income communities have endured for too long, leaving them disproportionately affected by pollution and unable to access affordable transportation that meets their daily needs.

Last month's announcement includes a regional commitment to direct at least 35 percent of the TCI program’s investments to underserved and overburdened communities in each state, such as environmental justice, low-income and underserved rural areas. The states also have committed to establishing and working with equity advisory boards in each state, transparency in spending decisions and regular reporting on the initiative’s outcomes and benefits, including through air quality monitoring in pollution overburdened communities.

These commitments on equity and process mirror guarantees first adopted in 2019 by New York under its groundbreaking Climate Leadership and Community Protection Act (CLCPA). Under the TCI agreement, these commitments will be extended regionally.

The equity provisions that the states have committed to are a solid start. As the program moves forward, these states — and the others still considering joining the program — must double down on their engagement with environmental justice communities, whose perspectives and concerns are valid and critical to the success of the initiative.

The TCI program will require oil companies to both cut and pay for the pollution they cause, generating hundreds of millions of dollars a year for investments in clean transportation solutions.

These investments could include safe, convenient, reliable and affordable public transportation, including for essential workers who are helping carry all of us during the pandemic; complete streets safe for walking and biking; modern and resilient infrastructure; affordable, equitable housing near job and transit centers; clean electric school buses, transit buses, cars and trucks; improved access to broadband to enable telecommuting, increase access to services and help reduce the need to drive; and other innovative transportation programs.

The initiative could save hundreds of lives, prevent thousands of childhood asthma cases, add millions of dollars and create thousands of new jobs.

Preliminary research from Harvard, Columbia, Boston University and the University of North Carolina suggests the initiative could save hundreds of lives and prevent thousands of childhood asthma cases. It’s estimated that TCI also could add hundreds of millions of dollars in regional growth and create thousands of new jobs by making transportation work better, investing in improved infrastructure and building new industries.

As additional states join the agreement, the health and economic benefits of the initiative will only further grow.

Next steps toward implementation

In the coming months, the states will finalize a detailed "Model Rule" for TCI, which will then need to be adopted into state law, as they gear up for early implementation in 2022. The initiative’s cap on transportation carbon pollution is expected to kick in by January 2023, requiring oil companies to steadily reduce their pollution through 2032.

While last month's announcement lays out the program’s core elements, the public also will have further opportunities to comment on the initiative’s Model Rule, to be finalized this year, and to work with state legislators and regulators in their states to establish state investment priorities and implementation plans. As the states and the District of Columbia establish equity advisory boards, representatives of underserved and overburdened communities also will have further opportunities to weigh in and shape the final program and their states’ implementation of it.

In states that haven’t yet committed to move forward, stakeholder outreach and discussions on the TCI program will continue, providing opportunities for residents and local businesses to learn more — and to urge their state policymakers and elected officials to sign on.

This is a challenging time for our economy, our health and our environment. While the TCI program is only one step needed to achieve the clean transportation transformation we need, it is a key step forward by Eastern states and Washington, D.C., to invest in communities, create jobs and put people to work making a better future where everyone breathes cleaner air and has access to affordable convenient transportation. 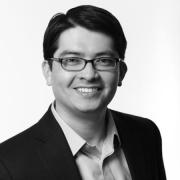 See all by Bruce Ho