Not even the president can stop the clean energy economy

The elections are over and we are preparing for a new president — certainly not one many people in the clean energy economy may have wanted, but our democratic system has spoken. It’s now up to us to make sure that the strides this industry has made over the past years become our foundation as we move forward.

Over the past several weeks, many of us have been wondering what a Donald Trump administration means for the renewable energy industry and the decarbonization of the grid. We can anticipate some level of support for the fossil fuel industry, such as coal and new pipelines, a pull-out of climate accords and derailing of the Clean Power Plan.

However, much of what we have collectively accomplished in the past eight years may have more staying power than one might anticipate.

A Trump financial contributor told Utility Dive recently that there will be "enormous casualties among climate change activities, [but] Trump doesn’t want to turn his back on climate change." This unmanned source added, "Energy is not one of the top five agenda items." Instead, it’s tax reform, immigration, health care, infrastructure and trade. "Everything with renewables continues; the credits will remain in place," he said.

We can take solace that strong economics and public support, not necessarily policies and regulation, have been the strength behind the grown of clean energy and the decarbonization of the grid. Renewables have been gaining ground through a steep drop in prices and the fact that zero money is spent on the extraction of energy resources once a site is set up. I expect that as a businessman first, Donald Trump will appreciate this.

A coal resurgence could mean more exports to Asia, which could be terrible for climate change. But states, not the federal government, control the ports.

He has claimed to end the "war on coal," but natural gas and not renewables may be the industry's true boogeyman. A recent Brattle Group report on the Texas power grid reveals that an increase in the retirement of coal plants in Texas are a result of cheaper natural gas and the declining cost of solar energy.

In 18 years, it's expected coal will be only 6 percent of the Electric Reliability Council of Texas' territory's mix. A coal resurgence could mean more exports to Asia, which could be terrible for climate change. But states, not the federal government, control the ports, and West Coast states such as California.

"Key export sites to Asia are in the states of California, Oregon and Washington, which recently have killed coal terminals and rail facilities for coal," James Conca recently wrote in Forbes. "British Columbia in Canada is also not keen on coal transport through its lands."

Disputed campaign rhetoric, our switch to renewable forms of energy and a reduction of fossil fuel sources is likely to grow. The Republican-controlled Congress already extended the renewable energy Production Tax Credit to 2021, so those are safe for the time being.

Additionally, renewable portfolio standards (RPS), energy efficiency programs and other emissions-curbing policies are determined at the state level. This is one area where states have autonomy and already have carved a path for a cleaner energy future.

I am optimistic that the businessman in Donald Trump will stand up to the Republican establishment when it comes to energy policy.

Federalism is truly a smart way to balance the power. To be sure, a Trump administration in favor of climate change policies would help this industry grow faster and perhaps reduce even further the effects of climate change.

However, the clean energy economy has proven itself over the past 10 years to provide strong deal flow and returns for investors, be resilient to economic cycles and have the strength of the populous at large. It is the way to our collective economic future, and while some in power may use the tools at hand to try to stunt its growth you cannot stop it.

I am optimistic that the businessman in Donald Trump will stand up to the Republican establishment when it comes to energy policy. I hold the intention that he will see no benefit to curbing energy efficiency programs and taking rebates out of the hands of hardworking Americans. As many in his adopted party view states rights above those of the federal government, I do not foresee that he’ll push for states to repeal their RPS mandates and cut back on the green jobs these programs have created.

Trump has been clear that he favors energy independence. He especially does not want to rely on foreign oil, particularly from volatile regions. Time will tell where this nation is going on the energy front (and many other fronts as well). I believe that we will move forward.

Half the nation is happy and half the nation is not. This is not a new concept to politics. Regardless, having mutual respect for the other side is a bedrock principle that transcends politics. I believe in this country and in checks and balances and the civil transition of power not only between the three branches of government but also between the state governments and the District of Columbia.

Trump was not clear on many of his policies, and his maverick, independent nature doesn’t necessarily point to his willingness to enact all the the Republican establishment might want in terms of energy policy. We will have to see how that unfolds.

One bright spot is Trump’s transition team Twitter feed has called for people to submit their ideas on how to "make America great again." I say we take him at his word and flood his inbox with calls for bolstering the clean energy economy, training people for the abundance of green jobs, and the implantation of policies and technologies that help clean up our world.

We may have to deal with setbacks, but the path toward a cleaner economy and a healthier planet is unstoppable regardless of who temporarily sits at the White House. 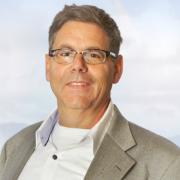 See all by Udi Merhav