What's changing the conversation and technology around carbon storage? Watch for a "back to the future" approach.

Energy projects that employ carbon capture and storage (CCS) systems have struggled to gain wide-scale adoption over the past decade, despite receiving billions of dollars in subsidies from governments around the world.

That said, a new generation of carbon capture projects has begun to emerge, offering hope that this technology can live up to its promise as a cost-effective tool in the fight against climate change. Here are three ways that this new generation of projects is changing the conversation on CCS.

Successful innovation usually starts small, iterates rapidly and most important, creates a product that people want to use. However, the initial attempts at CCS projects — which aimed to capture carbon dioxide at massive scales and then pressurize and ship that carbon dioxide to a site where it could be disposed deep underground into impermeable rock formations — have violated all of these principles.

When thinking about CCUS, or "carbon capture use storage," project developers are moving away from the concept of "landfilling" enormous quantities of carbon dioxide and are instead working to build smaller-scale projects that "recycle" carbon dioxide into a wide range of products people actually want to buy, such as fuels and chemicals, greenhouses, cements and many more emerging applications.

Many new initiatives have sprung up in recent years to try to unleash the power of carbon dioxide use, including the Carbon XPRIZE contest, the Global CO2 Initiative — even the U.S. Department of Energy is looking for ways to spur CCUS innovations.

2. CCUS is moving homes from the power sector to the industrial sector 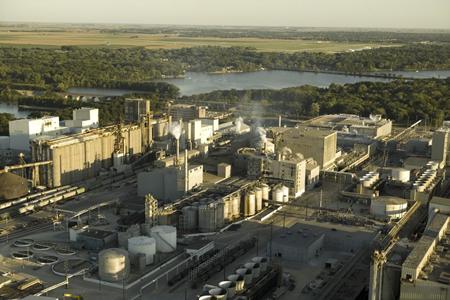 Over the past decade, coal power has tumbled from dominance in ways few analysts expected. As a result, many experts see the greatest opportunities for CCUS outside of the power sector, where carbon dioxide is often easier to capture and where fewer cost-effective renewable energy alternative exist.

Evidence of CCUS’s shift to the industrial sector can be seen in projects such as the ADM ethanol production facility in Illinois, the Uthmaniya natural gas processing operation in Saudi Arabia and the Klemetsrud municipal solid waste facility in Norway.

This shift also has led to new companies getting into the CCUS game, highlighted by Exxon’s announcement of a big R&D push in this area. The pivot to industrial sector CCUS also offers a positive sign that CCUS technology will act less as a competitor to other clean energy projects and more as a complement that helps accelerate economy-wide decarbonization.

As it turns out, we likely will need to not just reduce carbon dioxide emissions to meet our climate goals, but also start removing excess carbon dioxide that remains in the atmosphere (PDF) from past decades of industrial emissions. To accomplish this feat, CCUS will have to expand to capture emissions from sustainable bioenergy sources (PDF), or even capture carbon dioxide from direct air capture machines powered by renewable energy or waste heat. 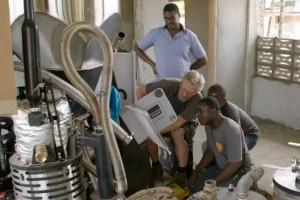 What could really change this CCUS conversation is if the science and accounting protocols improve for terrestrial carbon dioxide sequestration projects (for example, landscape restoration, soil carbon farming and blue carbon) in ways that enable these projects to gain widespread adoption.

While this back-to-the-future approach for "CCUS" may sound like a stretch, terrestrial carbon dioxide sequestration was very much on DOE’s radar only a few years ago (PDF) and companies such as All Power Labs are working to build such "biological CCUS" energy projects today.

The Global CCS Institute, Center for Carbon Removal and NRDC are hosting a parallel session to the Clean Energy Ministerial meetings in San Francisco on "CCUS as a complement to renewable energy" on May 31. Register here.