The number with the power to halt the climate crisis

Increased greenhouse gas emissions from human activity have put the Earth firmly on the path to a warmer future, with rising seas, melting glaciers and increased mortality from heat and famine. But how will those changes play out in different economic sectors and countries, and at what cost to society? Will more frequent droughts trigger mass migration, increasing the costs of housing and medical care? And what price are we willing to pay to prevent damages expected to occur decades or centuries from now?

These are just a few questions bedeviling researchers as they labor to improve the social cost of carbon (SCC), a wonky number that captures the economic burden to society at a given point in the future of a metric ton of carbon dioxide released today. Because the SCC represents the economic benefit we’ll reap tomorrow by cutting CO2 emissions today, it gives us a way to put a dollar value on efforts to reduce future emissions and forestall climate change.

A vital tool for climate action

Over the past decade a number of countries, mainly in North America, have adopted the SCC as a tool for incorporating the impact of carbon into policies intended to prevent harm from climate change. Getting the SCC right — or at least agreeing on a range of values supported by the best available science — is vital to efforts to mitigate the climate crisis through regulation and market-based solutions such as carbon taxes.

"We inherently know there’s a value to taking action on climate change," says Janet Peace, senior vice president of policy and business strategy at the Center for Climate and Energy Solutions, based in Arlington, Virginia. "The social cost of carbon measures the benefits of [emissions] reductions now and in the future, and it gives us a way to measure whether our actions have value."

Calculating the SCC involves projecting increases in CO2 emissions due to population and economic growth, modeling the climate’s response to those emissions and translating climatic change into expected economic damages (and benefits, in some instances) across multiple economic sectors. Because people typically value a dollar today more than a dollar tomorrow, a discount rate — typically between 2.5 percent and 7 percent annually — is applied to future damages. Discounting significantly reduces the impact, in current dollars, of damages that occur decades from now, and thus the benefits of preventing them. For example, at an annual discount rate of 3 percent, $100 of climate damages in 2100 is worth about $7 today.

Where and how much?

In 2016, the United States, Canada and Mexico agreed to incorporate an SCC into assessments of the relative costs and benefits of policies with implications for climate change. Canada used an SCC to establish a nationwide tax on the carbon content of fuels this year.

In addition, a number of regional jurisdictions have adopted an SCC to guide rulemaking on everything from power generation to transportation to housing. In the United States, states that take the SCC into account in weighing the costs and benefits of new infrastructure projects such as power plants and highways include California, Nevada, New York, Minnesota, Washington and Colorado.

Despite the SCC’s growing prevalence as a regulatory tool, the actual value of the social cost of carbon is a matter of intense debate among climate scientists and economists.

In April, the Washington state legislature passed a clean energy law that requires the state to produce all of its electricity from carbon-free sources by 2045. Utilities must include an SCC in their investment decisions, making fossil-fuel generation more expensive and spurring the state’s transition to renewable energy.

The Canadian province of Quebec applies an SCC to analyses of regulations, including a 2018 standard setting targets for the sale of electric vehicles, according to Environment and Climate Change Canada.

Despite the SCC’s growing prevalence as a regulatory tool, the actual value of the social cost of carbon is a matter of intense debate among climate scientists and economists. Many governments have set the SCC at about $50 per metric ton of CO2 — the "central" estimate (PDF) of a federal interagency working group in 2016. This figure is for emissions in 2020; the estimate for later years is higher because damages from climate change are expected to escalate as carbon emissions increase. But cost estimates of harm from CO2 emissions range from as little as $1 per metric ton (a number proposed by the Trump administration) to over $400 per metric ton — the number that emerged from a 2018 study by a team of U.S. and European researchers.

Why such a broad spectrum of values? Quantifying the social costs of climate change on a global scale is extremely complex, fraught with uncertainty about the pace of warming and how rising temperatures will affect human health, agriculture, property, energy systems and other aspects of life around the world. And ethics as well as science comes into play. Choosing a higher discount rate for future damages from carbon emissions lowers the SCC — but it also assigns more value to our own wellbeing relative to that of generations yet unborn.

Uncertainties swirling around the SCC give regulators leeway to adopt their own "flavors" of the measure, sometimes in response to lobbying from utilities and other stakeholders. For example, when the Minnesota Public Utilities Commission adopted the interagency working group estimates for the SCC in 2017 it modified them to hew closely to lower costs proposed by Xcel Energy, Minnesota’s largest electric utility.

Economists and climate researchers are trying to get a better handle on the SCC and make it less mysterious to regulatory analysts and policymakers. Resources for the Future (RFF), an environmental think tank based in Washington, D.C., has launched a multidisciplinary initiative known as the Social Cost of Carbon Initiative to update and improve the U.S. interagency working group’s estimates.

After all the revising and tweaking, the SCC is likely to remain an imperfect measure.

"The social cost of carbon is a highly influential number," says Kevin Rennert, a climate scientist who directs the initiative. "So it’s critical that the number is based on the firmest possible scientific foundation, and that it be as open and transparently developed as possible." RFF’s overhaul of the SCC involves revisiting economic growth projections, modeling anew the climate’s response to higher CO2 levels, and reassessing the resulting damages across multiple economic sectors.

The current SCC estimates omit various impacts that likely would increase damages, such as more frequent wildfires and large-scale migration in response to climate change. The Climate Impact Lab, a collaboration of the University of Chicago, the Rhodium Group and other U.S. research institutions, is tapping the power of big data to fully account for important and often interrelated effects of climate change. For example, a 2018 Climate Impact Lab report showed that, based on current emissions trends, 1.5 million more people than previously estimated would die annually from the effects of climate change by 2100. In a recent policy brief (PDF), The Institute for Policy Integrity (IPI), a New York City-based think tank sponsored by the New York University School of Law that advocates for sound cost-benefit analysis in government, argues that the inherent uncertainty of SCC estimates calls for stronger, not weaker, action to combat climate change; policymakers should risk erring on the high side when counting the cost of carbon.

After all the revising and tweaking, the SCC is likely to remain an imperfect measure. Just as climate change is difficult to forecast with any precision, the SCC is a moving target, subject to change as its methodology evolves and evidence mounts of far-ranging impacts from carbon emissions. "It seems unlikely that uncertainty is going to evaporate," says Peter Howard, economics director for the IPI.

But researchers hope to reduce that uncertainty and boost confidence in the SCC as the basis for policy aimed at avoiding the worst consequences of climate change. Continued room for debate "doesn’t mean that we can’t come to a consensus that something is the best available estimate, at the current time," Howard says. 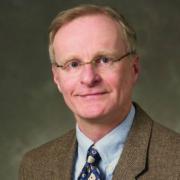 See all by Phil Davies