The case for embracing a context-based approach to reporting sustainability performance.

There’s an old saying in management circles that we’ve all heard before: If you’re not measuring it, you can’t manage it. Usually pertaining to things such as profits, growth, employee turnover, costs and so forth, the same principle can be applied to sustainability performance as well.

Sustainability, however, is an ambiguous term. For the sake of clarity, let’s define it as follows: Sustainability is the subject of a social science or management discipline that focuses on the effects of human activity on vital resources in the world. Impacts that unduly diminish or that fail to create or maintain such resources at levels required for human well-being are unsustainable.

Sustainability performance, then, is a measure of the degree to which an organization’s impacts on vital resources are sustainable. Just as the financial performance of a company can be assessed in terms of its impacts on economic capital so, too, can broader performance be interpreted in terms of impacts on all capitals: natural; human; social; constructed; economic; and intellectual. Resources, that is, are vital capitals.

Armed with this insight, many of us in the field of management are starting to think of capitalism as coming in two forms: monocapitalism (the historically dominant form) and multicapitalism (a not yet operationalized form). Whereas the former interprets performance in terms of impacts on only one type of capital (economic), the latter, multicapitalism (PDF), assesses performance in terms of impacts on all vital capitals and redefines accounting principles.

From a sustainability perspective, then, capitalism per se has not been our problem. Rather, monocapitalism has afflicted us, thanks to the selective way in which it rewards growth in only one type of capital (economic) at the expense of all others: Think climate change, rising income inequality, misappropriations of privacy and personal information, etc.

Starting in the mid-1990s, the seeds of modern-day multicapitalistic thinking began to take root in the writings of John Elkington, who in his groundbreaking book, "Cannibals With Forks," put forward the idea of the Triple Bottom Line (TBL) — a performance accounting model for how best to assess the effects of an organization’s activities, not only in financial terms but in social and environmental terms as well.

In coining TBL, Elkington was also the first to associate its three bottom lines with their corresponding capitals. Thus, he not only introduced the TBL, he capitalized it. In order to determine a company’s financial performance, he explained, one would have to assess its impacts on economic capital, just as most companies already were doing then and still do today. For social performance, impacts on social capital should be assessed; and for environmental performance, natural capital.

Sustainability is about impacts relative to science- and ethics-based thresholds and allocations, not this year’s impacts versus another’s.

All of that, Elkington argued, would have to be done in some sort of systematic, integrated way in order to do a proper job of accounting. Exactly how, though, was not clear to him. As he wrote in "Cannibals": "This is an extremely complex task, but one which will probably look much easier once we have worked our way through a decade or two of experimentation with sustainability accounting, auditing and reporting." Fair enough.

And so here we are, two-plus decades later, long after the TBL first appeared. What can we say, then, about how right or wrong Elkington may have been about things looking "much easier" today than they did in the mid-'90s?

The tragedy of incrementalism

For his own part, Elkington publicly has lamented the lack of influence the TBL has had on human behavior in the past 20-plus years, a view he recently expressed as follows:

Fundamentally, we have a hard-wired cultural problem in business, finance and markets. Whereas CEOs, CFOs, and other corporate leaders move heaven and earth to ensure that they hit their profit targets, the same is very rarely true of their people and planet targets. Clearly, the Triple Bottom Line has failed to bury the single bottom line paradigm.

This is not to say that businesses have not been actively measuring, managing and reporting their TBL performance for at least 15 years, at least ostensibly so. Indeed, many have.

Users of the world’s leading international standard for corporate sustainability reporting, the Global Reporting Initiative (GRI), have been following TBL-based guidelines since they first appeared in 2002. Literally thousands of GRI-type corporate sustainability reports have been published accordingly, so what could Elkington possibly be unhappy with?

To say, for example, that a company has reduced its consumption of freshwater resources from 10 million gallons in one year to 9 million the next is to tell us nothing about the sustainability of its water use. If the same company’s fair, just and proportionate share of available renewable water in both years was 5 million gallons and no more, then neither year’s use would have been sustainable.  Sustainability is about impacts relative to science- and ethics-based thresholds and allocations (PDF) (or targets), not this year’s impacts versus another’s.

It is not the Triple Bottom Line that has been lacking all these years, it is the dysfunctional, incrementalist implementation of it that has bedeviled us. We can fix that.

So rather than recalling the TBL, Elkington could have a much greater impact if he were to redouble his commitment to it — this time in a way that is more aggressively grounded in context-based principles. Make it clear that the way organizations (and standards makers, too) have been plying it over the years has been wrong. Impacts on vital capitals must be assessed relative to sustainability norms. Anything less makes a mockery of the subject and simply will not do.

Think of this as the "Dashboard Theory of Sustainability," according to which managing — not to mention achieving — sustainability in the conduct of human affairs is nigh to impossible without access to information that accurately describes performance in multicapitalistic, context-based terms. Why? Because the ability to improve performance presumes knowledge of both starting and ending conditions, neither of which are provided by past or present implementations of the TBL. At least now, though, we know why: as indicators of sustainability, our TBL dashboards have been hopelessly broken, locked in as they were, and still are, in their incrementalist ruts.

That old saying we began with, then, is undoubtedly true: We must measure to manage. But first, I think, we must manage to measure — correctly so.

By that standard, we are hardly in a position here in 2019 to judge the success or failure of the TBL thus far, as strictly speaking — and with few exceptions — it hardly has been tried before; not in its most robust, principled form, that is.

And so to Mr. Elkington, I would say: Take heart, for it is not the TBL that has been lacking all these years; rather, it is the dysfunctional, incrementalist implementation of it that has bedeviled us. But that we can fix, as advances in context-based measurement and reporting have made clear. If we recognize and promote them, change will follow. Indeed, as Peter Bakker, president and CEO of the World Business Council for Sustainable Development, once said, "Accountants will save the world." 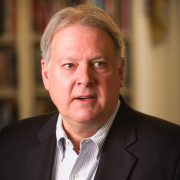