Oil Spills and Meltdowns Highlight the Need for Energy Resilience

"Watch out for emergencies. They are your big chance."
- Fritz Reiner

After the BP oil spill in the spring of 2010, President Obama ordered a moratorium on off-shore drilling, and millions rallied in support of a cleanup effort. Following the dual disasters in Japan a year later, pundits were seen and heard debating the future of nuclear energy, with some spelling its demise. And with the cross-country heat waves sending most Americans into the shelter of air conditioning, speculation on the health of the electricity grid abounds.

What is almost entirely missing from the discussion is a healthy, sober and realistic discussion about the possibility of a resilient energy future. With every new emergency comes a raft of discourse, policy change and political posturing that combine to give the impression that Something is Being Done.

In the wake of the Spring 2010 BP oil spill, offshore drilling was stopped, and those who support alternative sources to fossil fuels saw a chance to discuss real change in U.S. energy strategy. But Erb Institute Director and Professor Andrew J. Hoffman found that the conversation -- and media coverage -- focused on the economic impacts of the spill, leaving the ecological devastation nearly unnoticed.

Within the context of a global economic recession and continued conflict in the other Gulf, sick coastal birds and tainted waters simply didn't have the same impact as stories of fishermen landlocked by those tainted waters and hoteliers experiencing sky-high vacancy rates during high season.

Professor Hoffman's research is detailed in a paper co-authored with P. Devereaux Jennings at the University of Alberta, Canada, in Journal of Management Inquiry. In the paper, Hoffman and Jennings contrast the response to the BP spill with the Santa Barbara disaster of 1969, when millions of gallons of crude oil dumped into the Pacific and ocean beaches.

In 1969, the spill catalyzed a ban on offshore drilling in California that remains in place today. Following the BP spill, a brief moratorium on offshore exploration in the Gulf of Mexico was repealed within a year of the disaster.

Even more important is how the spill has -- or hasn't -- changed Americans' overall perceptions of the role of fossil fuel production and consumption in our daily lives. Hoffman and Jennings observe that despite the Gulf spill, steadily climbing gas prices and continued conflict in oil-rich regions of the world, Americans' attitudes about fossil fuels don't seem to have changed much.

The dual disasters of earthquake/tsunami and near-nuclear meltdown in Japan this spring provided another opportunity to examine energy production and consumption worldwide. Germany announced it would move completely away from nuclear power, but the catastrophic events did not lead to a worldwide moratorium on the development and use of nuclear energy. In fact, China announced the building of nuclear plants within weeks of the crisis, even as the outcomes were still unknown.

In the U.S., a spotlight shined on potential safety risks at major nuclear power sites across the country. Perhaps it was because people saw the threat of nuclear devastation as scarier than the threat of oil contamination, but the public reaction to Fukushima-Daiichi compared to Deepwater Horizon was notable.

Rather than focusing on whether oil or nuclear energy is the riskier source, I'd like to invite a public discourse on the resilient energy infrastructure that is both more diverse and more dispersed than our current model. Here's what that means:

• Energy diversity: a diverse mix of fuel types, including much larger proportions of alternative sources to traditional fossil fuels.

• Energy dispersion: instead of centralized energy generation and a big grid, smaller clusters of energy production and consumption matched to consumption habits in a specific region.

Resilient energy strategy is essentially the opposite of what most communities have now. In the U.S., for example, we funnel distant sources of fuel (oil, gas, nuclear and coal), into centralized energy generation and transform it to be distributed on an aging grid that is vulnerable to brownouts and blackouts, not to mention security risks from a well-trained and ill-intentioned hacker or two.

The entire system on which we rely for energy functions best in an environment where there are infrequent natural disasters, calm political and economic conditions and a lack of social conflict. Given that climate change has changed the patterns of natural disasters markedly, political and economic conditions seem increasingly volatile and social conflicts are heated in many parts of the world, the system of centralized fossil fuel-driven generation, transmission and consumption is getting riskier.

At the same time, discussions about solar, wind, geothermal and other "alternative" energy sources generally focus on how to adapt these fuels to the grid: incremental change to an existing and aging infrastructure seems more palatable than changing the grid itself. For evidence, see FERC's recent guidelines on the adaptation of the current electricity grid to renewable fuel sources.

To foster a resilient energy future, we need to take three key steps.

First, we need a critical analysis of current and planned policy instruments. For example, President Obama's energy bill introduced in January of this year is an important indicator of the potential to move the entire country toward a clean and resilient energy future because it focuses on renewable sources.

But tax incentives for carbon sequestering programs are being rejected by some utilities as too low compared to the cost of sequestering. And tax incentives for initiatives like solar power development will expire by the end of 2011, making it harder to incentivize companies to make those investments. We need to create legislative momentum for new policies that support energy resilience strategies.

Next, we must create new opportunities for dialogue between NGOs and corporations in order to support business strategies that are focused on sustainability, including business adoption of renewable energy strategies. This includes not just conversations, but partnerships that draw on NGOs' expertise and companies' financial clout to deliver actionable ideas for resilience.

By taking a multi-pronged approach to policy, partnerships and business practice, we can start to realize the promise of energy resilience -- and ensure that something really is being done, both in the wake of climate-related disasters and on a day-to-day basis, to address the challenges of energy management. 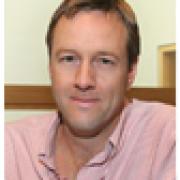 See all by Rick Bunch