One key to moving the Biden agenda: Bring all three sectors to the table

The incoming Biden administration unquestionably will bring new focus to sustainable development goals at home and abroad. Joe Biden has produced plans in an array of key areas — environmental protection, clean energy and racial equity among them — and has promised action in his first 100 days as president. His administration will be playing catch-up in all these key areas, and the best way to make rapid progress is one that doesn’t get talked about enough: building three-sector collaboration into every major initiative.

Government partnerships are nothing new, but they’re usually binary: Government agencies work with nonprofits or with businesses or gather feedback separately from each. Collaborations across all three sectors are less typical, but they generate more deeply informed, comprehensive solutions and yield wider support.

The clearest way to illustrate the value of cross-sector collaboration is to contrast what happens when one sector isn’t at the table with what’s possible when all sectors are present. The following examples of initiatives related to the United Nations Sustainable Development Goals show the consequences of leaving out or engaging key stakeholders — and point to how the Biden administration can do better.

When the nonprofit sector isn’t at the table: the lost opportunity in Opportunity Zones

The Trump administration’s Opportunity Zones were a good idea on paper but were more effective at creating massive tax benefits for already wealthy investors than at creating new jobs and economic opportunities in disinvested communities. That’s largely because communities were left out of program design and implementation, which resulted in capital flowing into projects that didn’t target community needs and sometimes usurped preferred community uses.

Working alongside government and corporate actors, community-based nonprofits could have ensured that the investments promoted equitable opportunity and contributed rather than extracted value from communities.

A couple of successes show what’s possible: The Economic Equity Network, a pop-up Multiplier project, created a network of more than 300 people committed to equitable community transformation and wealth building and brought them high-impact investment opportunities in three cities. The project helped broaden female and minority investor and entrepreneur networks, and promoted the use of Opportunity Zone funds not only for real-estate investments, but also to scale up minority- and women-led businesses.

The clearest way to illustrate the value of cross-sector collaboration is to contrast what happens when one sector isn’t at the table with what’s possible when all sectors are present.

The Biden administration has indicated support for Opportunity Zones, as well as acknowledged the need for fixes. The first action should be to look at these models and restructure the program with a new priority: bringing community-rooted organizations together with investors committed to creating public as well as private returns.

When the for-profit sector isn’t at the table: The sidelining of sustainable fishing

Environmental NGOs have been lobbying for the 30x30 initiative to conserve 30 percent of the world’s ocean habitat by 2030, and the Biden administration is embracing that goal.

Sounds great, right? The problem is, the legislation on deck was created without meaningful input from the small-scale fishermen who have helped make U.S. fisheries the most sustainable in the world. This proposal would ban commercial fishing in at least 30 percent of U.S. marine areas, overturning the successful fisheries management system, harming coastal communities and cutting off consumer access to sustainable local seafood. The end result could be to increase long-distance imports from far less sustainable sources.

Contrast that with an example of what can happen when all three sectors work together: The nonprofit program Catch Together partners with fishing communities to create and launch community-owned permit banks, which purchase fishing quota (rights to a certain percentage of the catch in a fishery) and then lease that quota to local fishing businesses at affordable rates.

The centerpiece of the program is a foundation-supported revolving loan fund that capitalizes the permit banks and allows communities to invest in tradable quota. That makes it easier for small-scale fishing businesses to access capital and compete against larger players for the ability to fish in their own local waters.

So far, the Catch Together team has helped fund quota acquisitions and leasing in Alaska, the Gulf of Mexico and New England. The goal is to build a nationwide network of next-generation fishermen who are strong advocates for sustainable fisheries and ocean stewardship.

This network and other local fishermen — especially Indigenous fishing communities — deserve a seat at the table to explain how their sustainable fishing techniques contribute to climate resilience and conservation. By insisting on collaborative approaches such as the Catch Together model, the Biden administration could ensure that the effort to mitigate the harm caused by large-scale fishing doesn’t undermine responsible small fishermen. It is possible to reach the 30x30 goals by working with fishing communities — in fact, that may be the only way it will happen.

When government hides under the table: A power player blocks renewable energy

BPA has maintained the status quo despite these deficits by pacifying environmental NGOs with funding to develop environmental solutions (which have no chance of working unless the dams come down) and using its control of the grid to keep cheaper, greener renewable energy out of the market.

Another thread runs through the success stories: science, scientists and diverse perspectives.

In this case, a public agency essentially has gone rogue, using its monopoly power to privilege its own perceived interests. Collaboration with the nonprofit and for-profit sectors could create solutions that serve the public interest, but neither the Department of Energy (the BPA’s overseer) nor Congress has come to the table to demand it.

Columbia Rediviva, a network of citizen activists, is working to change that by engaging Congress members in a plan to reimagine the Pacific Northwest power grid and bring salmon back to the Columbia River. One focus is freeing NGOs to be independent voices by shifting control of conservation funds to a different government agency (so that the BPA is not funding their operations). Another is building support for newer, better clean energy supplies by sharing research that shows taking down dams would deliver both cheaper energy and more jobs.

The Biden administration can promote progress in the Pacific Northwest and on clean energy goals nationally by putting government on the side of innovation and aligning the players’ incentives with the public good.

When everyone is at the table: The emergence of the first carbon-neutral U.S. city

Menlo Park, California, is on its way to becoming the first carbon-neutral city in the U.S., thanks to Menlo Spark’s work to activate stakeholders in pursuit of that vision. The nonprofit program has collaborated with local government, businesses, residents and experts to institute proven sustainability measures designed to not only reduce the Silicon Valley hub’s carbon emissions but also increase the prosperity of the entire community.

Menlo Spark created community buy-in to the carbon-neutral initiative by outlining how it would allow Menlo Park to continue to thrive economically. This support brought the corporate and government sectors on board as well.

The city adopted groundbreaking codes requiring that all new buildings operate entirely on electricity, and the Menlo Spark coalition spurred other Silicon Valley cities to do the same, creating a regional effect. The coalition also catalyzed 20 cities to commit to pursuing 100 percent carbon-free power for all customers by 2021. Solar installations for low-income families, improved transit tools and stops, an infrastructure initiative that paves the way for apartment dwellers to own electric vehicles, the Menlo Green Challenge for households, and educational tools all contribute to progress.

This example illustrates a key advantage of bringing all sectors into the conversation: the nonprofit sector is highly skilled at taking the pulse of a community and figuring out effective ways to gain support from all sectors for innovative ideas. Biden’s climate agenda will require all-sector support to succeed, and the administration should center the nonprofit sector as a valuable partner in building community support.

The upshot: We need bigger tables

As the examples above illustrate, three-sector engagement is crucial. And another thread runs through the success stories: science, scientists and diverse perspectives. Biden already has taken steps on the crucial task of bringing scientific assessments and ongoing research back into policymaking, but there’s a lot of catching up to do in this area. At the same time, we need to be sure we’re involving a true cross-section of the community in initiatives that affect us all.

The National Science Policy Network is addressing both needs: this network catalyzes early-career scientists to take an active role in policymaking at all levels of government. It also focuses on racial justice and diversity in science, with initiatives to promote women and people of color and model inclusive and successful science communication.

Having all the right people at the table is the essential first step in creating lasting solutions to our long-running environmental and social challenges. That means involving all three sectors, a cross-section of our communities and scientific advisers who themselves represent diverse perspectives and are committed to translating science into policy.

In short, we need bigger tables where everyone gets a seat. The Biden administration would be wise to incorporate this principle throughout its policy agenda. That is how it will truly achieve Biden’s goal of uniting America. 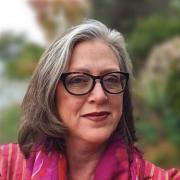 See all by Laura Deaton