Recognizing Earth's physical constraints represents an opportunity, if we seize it.

Aug. 1, marks this year’s Earth Overshoot Day, the day of the year by which humanity has exhausted its annual resource budget. Between Jan. 1 and Aug. 1, humanity used more from nature than the planet’s ecosystems are able to renew in the entire year.

Running out of planet is a risk. And we believe the answer is "one-planet prosperity." What does this mean?

"One planet" is not a metaphor; it's a fact. It is not a goal, but a recognition of our context. Given that, the question becomes "How can we best operate, considering humanity is already demanding more than Earth’s ecosystems renew?"

One planet is a given. The only decision is whether we want to go for prosperity or for misery.

While the planet is finite, human possibilities are not. Companies can succeed if we apply two of our species’ greatest strengths: foresight and innovation.

Earth’s physical constraints are in sight, thanks to a suite of international agreements. Among them:

If your company has a business strategy compatible with these 21st-century visions of thriving within the means of just one planet, you may find yourself with a baked-in economic advantage.

On average, companies aligned with a one-planet mindset expose themselves to an expanding market. Their products and services will be needed increasingly. Their business model inevitably will be more robust. This makes it much more likely for them to be successful in the long run than companies that are incompatible with one-planet prosperity, and which will face an inevitably shrinking demand, be limited by resources scarcity or lose its "license to operate."

Over the past decades, sustainability strategies have given businesses a leg up, a trend that can only get stronger: According to McKinsey, an investment of $1 in 1993 in a value-weighted portfolio of high-sustainability companies would have grown to $22.60 by the end of 2010, compared to just $15.40 for a portfolio of "low-sustainability" companies.

We write this as leaders from the government sector (Terry from the Scottish Environmental Protection Agency, or SEPA), business sector (Xavier from Schneider Electric) and the not-for-profit sectors (Mathis from Global Footprint Network) because this perspective is no longer a partisan or a sectorial issue. Rather, it’s the underlying driver of long-term business and societal success.

For instance, SEPA has put its entire regulatory framework under the umbrella of "one planet prosperity," recognizing that while pollution regulation and control is still essential, it no longer suffices to secure the needed resource security for economic long-term success.

Global Footprint Network has partnered with Schneider Electric because Schneider is among the few companies who have a business case aligned with moving humanity out of ecological overshoot. It is supporting its clients to generate more value using less energy and resources, and emitting fewer greenhouse gases.

A recent poll revealed that 82 percent consider resource scarcity and sustainability as key elements in their decision-making processes.

Indeed, Schneider Electric is driving its innovation strategy based on this insight, inventing technologies that deliver quantifiable environmental benefits to customers and their end-users. It embraces the sustainability challenge by building a business that can thrive now and in the future. Schneider explores, for instance, how solutions available now can help us move the date and return to a state of greater equilibrium with our available resources. This is the main finding of the company’s recent white paper, "Living with Finite Resources: Strategies for Sustainable Resource Utilization."

Unfortunately, businesses that recognize this physical reality and the implications of our one-planet context for their business strategy are still rare. But we see them as critical engines for the much-needed sustainability transformation. The good news is that more companies are shifting their thinking: A recent poll of Schneider Electric clients in Europe revealed that 82 percent consider resource scarcity and sustainability as key elements in their decision-making processes.

When comparing current resource trends to where humanity needs to be, according to the internationally espoused visions such as the SDGs or the Paris Climate Accord, a huge performance gap becomes apparent. This illustrates that the demand for innovation and fresh approaches is dramatic.

Yet, working in the solution space also becomes liberating. There, we can acknowledge how far humanity still needs to go, rather than having to downplay the resource drama humanity is facing and delaying correcting action. It also becomes evident that the more who participate in building the corrective path, the easier it will be for everybody to win.

This thinking prompted SEPA to approach its regulatory framework from the perspective of One Planet Prosperity. It launched its new framework (PDF) in 2016, based on the belief that for 21st-century regulators, supporting the many market and societal forces that are creating radical innovation in business models, products and services is an environmental necessity.

The strategic thinking and business focus Schneider Electric displays or the shift SEPA has made towards its new regulatory approach, one that embraces planetary constraints as our common context, are what we want to see become the norm, not remain the exception.

One planet prosperity is possible: Global Footprint Network researchers teamed up with engineers from Schneider Electric to estimate what is available today to #MoveTheDate. Schneider Electric serves four key end-markets, which account for about 70 percent of the world’s energy consumption, representing a significant opportunity to curb energy consumption and drive the global economy’s one-planet compatibility.

Together, the researchers looked only at options in which Schneider Electric already is engaged: reducing energy demand as well as decarbonizing electricity generation. The researchers calculated that if 100 percent of the existing building inventory was equipped with energy efficiency, and if electricity production took advantage of renewable technology that is readily available, the world could move Earth Overshoot Day back by at least 21 days. And that’s just for these sectors.

That’s why all three of our organizations are supporting Earth Overshoot Day: We want to #MoveTheDate. We hope to see a global economy made of one-planet-compatible business models, industry sectors and citizens.

After all, 2018 is the earliest Earth Overshoot Day in human history. As a result, finding strategies aligned with our one-planet context becomes an ever more significant engine for lasting prosperity. 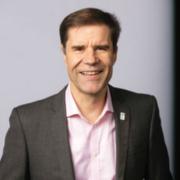 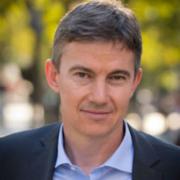 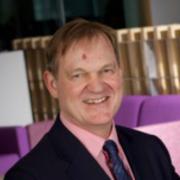 Business lessons from a small virus on a big planet

America chose the path to self-destruction. What about the rest of us?

Ecological footprint accounting and its critics

See all by Mathis Wackernagel