For nearly two decades, we’ve been tracking and chronicling the transition to a clean-energy economy. While we know that we don’t see eye-to-eye with you on all of the issues, we wanted to send you the following "open letter" to update you on the clean-energy business opportunity, and what you might do as president to enable a massive infrastructure build out which supports American jobs and home-grown energy.

First, let us lay out some significant facts and figures regarding the transition to clean energy that’s taking place in the U.S. and across the globe:

The loss of American manufacturing jobs was a big focus of your campaign; clean-energy technologies (solar modules, wind turbines, EVs, inverters, LEDs, smart devices, green buildings and more) are helping bring them back.

We know that you’re pro-business, that you want to create as many high-paying American jobs as possible and that you support competition.

We know that you’re pro-business, that you want to create as many high-paying American jobs as possible and that you support competition. Below are five key actions you could take to achieve and support these goals, helping the U.S. remain a strong global competitor in this critical 21st century industry.

1. Open up proven investment tools from oil, gas and real estate sectors (such as MLPs, REITs, and so forth) for the clean energy sector

You’re a dealmaker with a long career of financing projects. Master limited partnerships and real estate investment trusts are proven investment vehicles that, to date, have generally not been open to solar, wind and other clean-energy projects. You can ask Congress or the Internal Revenue Service to level the investment playing field by implementing tax code changes to rectify that.

The Department of Defense, the single largest user of energy in the world, has moved to the forefront of clean-tech deployment in recent years. Among many other initiatives, the Navy and Air Force have a target to get half their fuel from non-petroleum sources by 2020, while the Army is moving toward net-zero energy bases. These moves make our military stronger and more resilient, while saving tax dollars in the long term.

3. Set up an infrastructure bank that leverages private capital

You’re a builder. The nation is in desperate need of infrastructure improvements/overhaul, which also will create thousands of construction, engineering and other jobs. A federal smart infrastructure bank, modeled on existing precedents, can leverage funds from private equity, pension funds and other institutional investors to finance improved systems for transportation, efficient buildings, water filtration and delivery, and the modernized distribution of electricity.

This public-private partnership could help fund critical infrastructure projects such as the Federal Highway Administration’s proposal for thousands of new EV charging and alternative fuel stations across the nation. Want to compete better with China and Brazil? They have similar bank structures, as do several nations in Europe.

Want to compete better with China and Brazil? They have similar infrastructure bank structures, as do several nations in Europe.

Extended by Congress with bipartisan support late last year, the investment tax credit (ITC) for solar and production tax credit (PTC) for wind have been critical for fueling the American job growth referenced above in both red and blue states across the nation. Moving forward, once the ITC and PTC expire per current schedules, we recommend phasing out subsidies for all energy sources, to create a level playing field in energy.

Private-sector prizes to reward innovators date back decades, most famously to Charles Lindbergh’s solo flight across the Atlantic to capture the Orteig Prize (of $25,000) in 1927. More recently, the philanthropic X Prize has been spurring innovation for the past 20 years. We believe the U.S. government should do the same, funding prizes for breakthroughs in energy, transportation, building design and other key areas; it’s a proven high bang-for-the-buck investment in R&D. We know you like your name on things, so why not the Trump Prize?

As a business leader and builder, you should take a close look at the economic gains and jobs being created by doing things faster, smarter, cheaper and cleaner. The rest of this century will require massive innovation in resource management and efficiency, spanning clean transportation, water, energy, the built environment and agriculture. Regardless of the climate change issue, the progression to a lower carbon and more resilient future is where the global economic battles of the 21st century are being fought.

The U.S. must embrace this critical transition, or risk being left behind as Europe, Asia and our other global competitors decarbonize and repower their economies. America’s greatness depends on it. 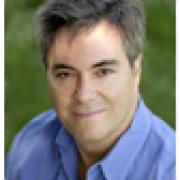 Navigating clean energy innovation in the age of Trump

The year ahead: Top clean energy trends of 2015

See all by Ron Pernick